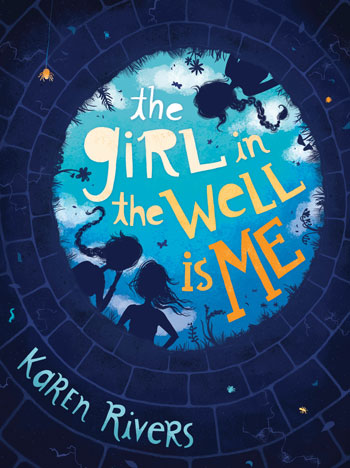 THE GIRL IN THE WELL IS ME
Karen Rivers
Algonquin Young Readers, 218 pages

We’ve all experienced the feeling of being stuck. Whether it’s situational or emotional, sometimes it feels like there is no getting out of the dark tunnel that lies ahead. In The Girl In The Well Is Me by Karen Rivers, the main character, Kammie, is literally stuck in a cold, dark, tunnel with no way out.

At eleven years old, Kammie is focused on the insular universe that inhabits a middle-schooler. She is concerned with popularity, fitting in with the Mandy and Kandy’s in her class, and making the right impression in her new school. When the reader first meets Kammie, she has just moved from New Jersey to Texas and wants a completely new start. It is only toward the end that the reader finds out why she needs such a drastic new beginning.

Karen Rivers does a superb job with metaphor in her current middle grade novel. Every other page is decorated with a metaphor so colorful and real that the reader is instantly transported out of the well.

“The well is an animal that’s holding me in its throat, thinking about swallowing me down all the way. I pat its wall. “Please don’t hurt me,” I say.”

Children often get lost in their own thoughts. The well preserves the inner thoughts of Kammie in a shadowy prison filled with projected imagination. They come alive, almost as if they are illuminated by the well, so that she can better see what she has faced.

“My dad went to jail on June 6. I know that it was June 6 because it was my birthday and that’s the kind of detail you don’t forget.”

The other details that Kammie can’t forget are peppered throughout the novel. They jump out at different times and are so unforgettable that it’s hard not to startle. While at first we see an average girl trying her hardest to fit in with a group of mean middle school girls, upon second glance we see an intricate and complex girl starting her journey through self exploration.

As for the other middle school girls whom she is desperately trying to impress, the exclusion and the initiation tests Kammie must pass feel heartbreakingly true. Although she tries for friendship from all different angles, the girls remain uninterested and ultimately damaging. Their response is chillingly familiar to anyone who went to middle school.

“Sooooorry, but we’re all full. Like, you know, we have a blonde. A brunette. And a redhead.” 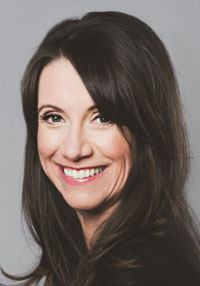 Although the book is set in one, unmovable position, the story shifts throughout time, giving the book an acrobatic feel. As Kammie thinks back on her life, we catch glimpses of memories that made her who she is today. In addition to focusing on life with her brother and single mom, she also projects into the future, wondering what her life will be like in the days and years to come. Through the imagination of a child—at one point she fantasizes that one of her mother’s several cats will come to rescue her—the reader follows Kammie along on her path to freedom. Her hope rarely dwindles.

Throughout the book, the reader uncovers the truth about Kammie and her family. Poverty, relocation, and depression haunt them in between the lines of each page, regardless of the up-beat vocabulary and dialect Kammie chooses to use. It is because of this language (a smattering of OMG and ‘like’s) that Karen Rivers is able to dive so seamlessly into the darker themes of growing up. Without Kammy’s airy disposition, the entire tone would shift, making the book more suitable for an older audience. Since there are quite a few middle schoolers dealing with depression, poverty, and exclusion, it is important that she’s able to fit those themes into her book carefully, yet authentically.

Because of the tone and persistence of Kammie, the reader never loses faith that, although times may seem impossibly tough, there is always a light at the end of the tunnel. 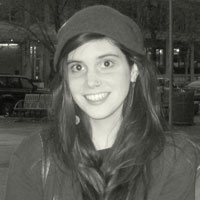 Rebecca Lee currently lives in Charlottesville, Virginia. She has been published in Existere Journal, Rusty Nail, The Noctua Review, and others. Her flash fiction story “Mouse Meat” will appear in Issue 13 of Cleaver. Read more at her website.