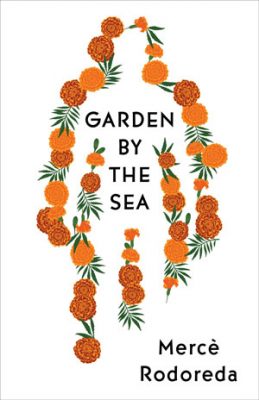 When I began my part-time job at a botanical garden in the fall of 2017, I had next to zero gardening experience, and I knew little about the different flowers and trees that grow in the Piedmont region of North Carolina. I showed up that first day completely unprepared, without so much as a pair of gloves. But I was lucky enough to be mentored by David, a man in his early thirties from Maine, who’d been gardening for several years. David explained to me the paradoxical nature of caring for gardens: gardens need constant attention, but they bear their beautiful fruits ever so slowly. At the heart of David’s message was that gardeners are transitory, but gardens remain. Our decades are their hours.

The unnamed narrator of Mercè Rodoreda’s Garden by the Sea is, like David, the consummate gardener. The years spent caring for his garden have imparted upon this narrator a unique understanding of time’s most closely-guarded secret: that it will always pass, without regard for the humans that attempt to confine it. He explains early in the novel the nature of a tree: “This tree has witnessed much grief and much joy. And it does not change. It has taught me to be what I am.” Rodoreda’s novel is a study of the way time passes, granting characters joyful years and grievous ones. She divides the novel into six sections, each of which describes one year that the narrator spends caring for the garden attached to a seaside villa owned by rich Catalans from Barcelona. Rodoreda uses the narrator’s gardening role to illustrate the ways in which time expands and contracts. There are no dates in the novel—only the slow passing of seasons, marked by changes in the garden. “They stayed later than usual that year,” writes the narrator of the villa owners at the end of the second chapter. “The leaves had already turned and many of the trees were bare … The sea was gradually leached of color and grew rough in the afternoon.” In this way, years pass—flowers bloom, die back, and then bloom again. The ocean intrudes and recedes.

Rodoreda uses the narrator’s gardening role to illustrate the ways in which time expands and contracts. There are no dates in the novel—only the slow passing of seasons, marked by changes in the garden.

In many ways, Rodoreda herself lived a life full of patience with time. Exiled from Spain because of her work for the Catalan government before the Spanish Civil War, Rodoreda began her writing career in France. After settling in Paris, she was forced again to flee when the Germans occupied France at the start of the Second World War. In Switzerland, she continued to grow in prominence as a writer. For many years, she waited for the wounds created by Franco and the war to heal. She finally moved home to Catalonia in 1972, when she was in her sixties. She died in Girona in 1983. 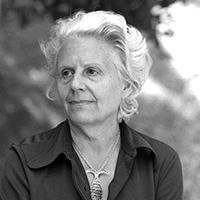 Like Rodoreda, the narrator in Garden by the Sea navigates through times of darkness and times of light as he tends to his flowers and trees. But while his own emotional state remains mostly steady, Rodoreda deftly employs him as a nucleus around which other characters’ sufferings revolve. Most of the novel exists as conversations between the narrator and the villa’s residents, who seek him out to air their problems, frustrations, and personal tragedies. An elderly couple visits and asks if he knows anything about their missing son. The stable manager vents about his unruly teenager. The neighbor wants advice for his own garden. And the narrator hears not just gossip but confessions of affairs, lost relatives, loveless marriages. Of one visitor he writes, “His eyes were beleaguered with a sadness I had never seen in anyone else’s eyes. It was almost imperceptible, but I sensed a perennial sorrow.”

But while Rodoreda’s narrator is frequently privy to the sufferings of other characters in the novel, he rarely offers them advice or tries to intervene and help their situations. In many cases, upon hearing about a character’s difficulties, the narrator doesn’t know what to say. A few times he even grows frustrated and wonders why he is so often sought out. And yet, his small house in the garden is a constant place of refuge and solace for many of the people at the villa, who talk through their sufferings with the narrator in a place free from judgment; a neutral ground. And the narrator’s belief that time heals all wounds is infectious—not just for the other characters in the novel, but also for the reader.

Rodoreda’s crowning achievement in Garden by the Sea is this character of the narrator. He takes advice from the plants he cultivates, loosening time’s grip on his life. But his is not an understanding that was arrived at easily; the final piece of his puzzle is achieved brilliantly through flashback—he has been deeply, indelibly marked by tragedy. Running underneath the surface of the novel is the tragic story of the narrator’s wife, Cecilia, whom the narrator describes as “tenderness itself.” His memories of her are powerfully evocative. In the first chapter, the narrator says, “Her loveliest feature was her hair: sun-golden, waterfall long. When I came back from the cemetery I pounded the eucalyptus until I bled … And at the moment of her death … the whole of me shattered.” These flashbacks emerge rarely and from otherwise ordinary conversations and descriptions, catching both the narrator and reader by surprise. Rodoreda’s stirring flashbacks demonstrate for us that the narrator is not the man he once was. Decades ago, he lived through the great tragedy of his life. Slowly, he has learned from his garden how to accept it. Now, in his own reserved and unique way, he imparts that knowledge onto the people around him. This is the essence of Garden by the Sea.

On one of my first days at the botanical garden, David pointed out to me the garden’s tallest tree: a southern red oak around 200 years old. “It’s at the end of its life now,” he admitted. “Doesn’t have much longer left.” I was still new at the time—I’d forgotten the way time works in gardens. I asked how much longer the tree had to live, expecting it to be a few months at most, but David told me it had somewhere between ten and fifteen years. When it died, a group of workers would come to remove it and then David would plant a new red oak, to watch over the gardens for another couple of centuries.

This image—a watchful, ancient tree—is the enduring image from Rodoreda’s work. At the end of the novel, the narrator and a neighbor walk for one last time through the garden. The neighbor says, “When these cypress trees are tall, you and I will have been beneath the earth for many years.” Our narrator’s response affirms what we’ve learned over the course of the novel: that it is not grief or joy that wins in the end, but time and its garden. As the narrator writes, “You know that my Cecilia died. Such is life. But while I’m here she won’t be gone, not completely … look at the garden now, this is the best hour, the best time to sense its vigor and capture its scent. One day if you find yourself walking in the garden at night, beneath the trees, you will see how the garden talks to you, the things it says…” 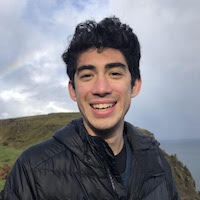 Anthony Cardellini is from Phoenix, Arizona. He studies creative writing at Duke University in Durham, North Carolina, where he is the design editor for The Archive. His fiction has been published in Silk Road Review, Columbia Journal, The Drabble, and others. Connect with him on Twitter @a_cardellini.