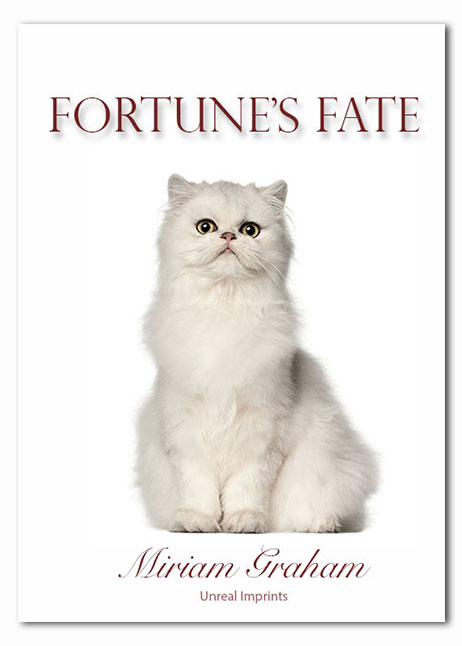 Although I have never personally met Miriam Graham, I learned everything about her that I could possibly wish in what is her debut (and hopefully only) novel, Fortune’s Fate, forthcoming this August from Unreal Imprints.

As a veteran reviewer, I no longer assess a book by its contents. (All of the best authors are dead, except for TuPac.) Instead, I take a long, hard look at the author’s bio. The bio is the hardest thing to write—harder than a 100,000 word novel—and reveals more than most writers intend. Graham congratulates herself on her participation in several mid-tier workshops (tuition, not merit-based), name-drops a few nobodies, and dribbles out some gratitude for the emotional support provided by her eight Persian cats. None of this is important or interesting. The photo, however, says it all. Graham’s deep-set, cowardly eyes told me at once that I was in for a massively disappointing read, and that I should probably contact my therapist because Graham looks a lot like my mother and I was feeling very triggered.

Although my therapist has since reassured me several times that Graham did not deliberately write Fortune’s Fate to trigger me, I struggle with forgiving her.

The novel’s plot hinges on an insipid old chestnut: two babies, swapped at birth, each grow up feeling out of place. Kippy, a perky brunette who favors tight sweaters, yearns for a sporty family to nurture her interest in cheerleading. Corncob, pale and serious, hides behind her textbooks while her “family” practices ballistics and skeet on their mansion’s croquet lawn. Although it’s easy to relate to the angst, Graham introduces a deeper layer that is as disturbing as it is poorly incorporated into the primary narrative. 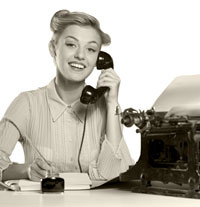 Her awkward mismanagement of the novel’s “resurrection/rapture” theme completely derails the already janky plot. When the time-pausing machine Corncob builds breaks, all Hell breaks loose. The girls’ adventure deteriorates into a stream-of-consciousness discussion of Graham’s personal politics, her psychic abilities, what the birds on the bird feeder augur, and a dreadful misreading of the lyrics of Don Henley’s hit “Boys of Summer.” The whole thing is a terrible, terrible car accident that should never have been printed on 80% recycled paper with nontoxic soy based ink.

However, there’s a grain of redemption in every work, even the worst, and I found it on page 835: “‘But I want to do horrible things,’ Kippy said, her pubescent breasts rising beneath her bright pink bejeweled sweater. ‘It’s all I ever wanted.’ Corncob removed the bandanna from her pallid face, like a deep sea fish tremoring to the surface only to burst into a roiling mass of guts and plasm. ‘Your whole life is horrible,’ she declared. Her eye began to excrete a white sputum.” At this point, I experienced a spiritual release that my therapist is calling artificial transference and which was unaffected by the heavy dose of Ativan I took before getting into Chapter 66.

The pure awfulness of Fortune’s Fate may never be outdone, and like it or not this novel has left an indelible mark on me—like a scar, which is making me feel even more triggered and causing me to wonder if Graham might have been reading my personal LiveJournal which has a weird username but is also not password-protected. Or possibly she has been talking to my mother, who is famous for sharing the most personal information about me, such as I am adopted and have been working on my time machine since 1997 because nothing was ever good after that year, for me or anyone, and I have the sweaters and skeet pigeons to prove it. Did you find the journal, Miriam?

Did you Miriam? Did you?

Flair Coody Roster’s seminal work Blaming Dave Eggers For Everything was shortlisted for the Pulitzer. Her reviews appear regularly in Cleaver Magazine, The New York Times, and Cat Fancy Magazine. Her whereabouts are unknown.