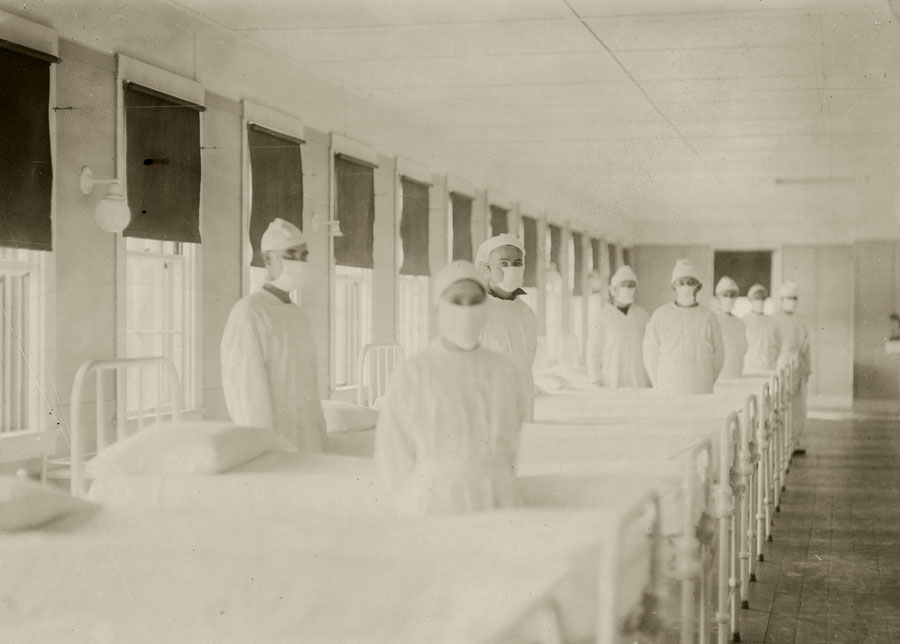 The germ slips into the spaces, the interstices, trembles in the fingerprints, in the suspended spittle of a cough. It gathers and collects itself. It becomes something, again. There in the lungs and hollows of the human body, it grows and blooms. Greedy and bountiful, it burgeons and spreads and insinuates. Hungry, vigorous, it climbs into the lungs, it fills the life with itself, makes life forget what came before.

Agnes walks down the street, the germ humming in those around her. A woman passes, turns her head toward Agnes, opens her mouth and coughs, her gloved hand rising to cover her mouth a moment later.

The patients stare at the ceiling. They lay on their sides, elbows holding up their heads. They sit up. Sometimes they sit together. But often, unless they are in the throes of serious dying, they are motionless, hands under covers, half in another land, preparing to leave entirely.

The beds creak and groan, old rusted springs. The thin mattresses absorb the fever heat, the gush of sweat that accompanies. When the nurses are away, each is alone with bed, mattress, blankets and pain. Only these things to hear the wheezing breath, the sighs, the last glimmers of a life.

There is a cluster of apples in a silver dish. Absently, a man lifts one to his mouth, bares his teeth, bites through the skin. He is thinking of the sparrows on the sill, forgets, for a moment, Agnes’ hands clawing at her throat. This is how life resumes.

Under the earth, the heaps of dead decompose, bacteria feed, gasses swell and purge. Lung fluid seeps into the ground.

Mail returns to mailboxes. Envelopes, postcards, bills. A roller rink flyer arrives, signaling the future, the end of this round of human grotesqueries.

During a rain the gutter foams and spews. Those walking past avert their eyes. There were few in the city spared the sight of someone, often beloved, suffocating in the own foam of their lungs. What haunts.

Where it seems impossible to speak of the losses, there are awkward silences. They ask each other: Is it cloudy? Will it rain? Do you need a shawl? Shall we eat some pie? Yes, you’re right. She did love pie. 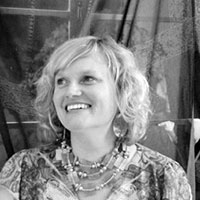 Elizabeth Frankie Rollins has a collection of short fiction, The Sin Eater & Other Stories (Queen’s Ferry Press, 2013). Also, she has work in The Fairy Tale Review, Sonora Review, Conjunctions, and The New England Review, among others. Rollins has received a Pushcart Prize Special Mention, and won a Prose Fellowship from the New Jersey Arts Council. She teaches fiction and composition writing at Pima Community College.