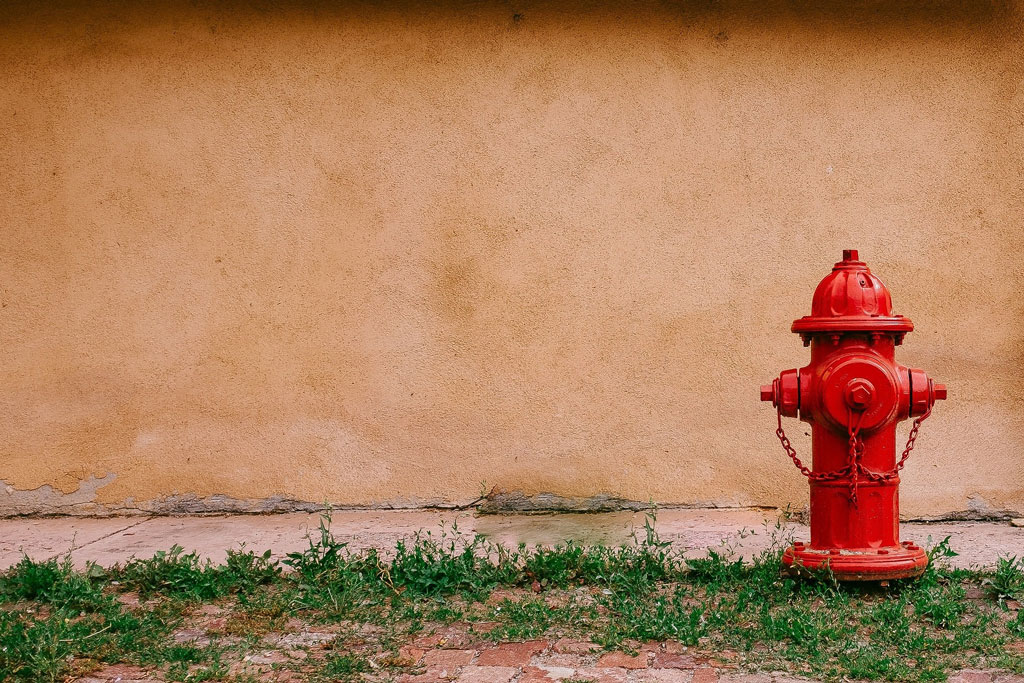 Hot, back in the corner of the coat closet you find it, right where you knew it would be. Pull it out with both hands, it’s a lot heavier than you expected. Dad said never to touch it, but who knows when he’s coming back this time, and what else are you supposed to do on a day like this? Show it to your sister, how it gleams in the light let in through the screen door. Stand it up, it comes up to her chin.

Laugh at her. “It’s bigger than you are.”

“So are you, but I could still toss you.”

She’s been a brat all morning. So have you, kind of. The AC is out again and the heat makes everything a lot less bearable, even yourselves. Especially yourselves. She’s nine-and-a-half. You’re eleven. And two inches taller.

“Just get the door.”

Nellie gets the door and follows you out, barefoot. You’d think she would learn. Don’t remind her about the street.

It’s so heavy you have to stop on the porch to catch your breath, and to wipe the sweat off your forehead before it runs into your eyes. Out here there isn’t even a breeze. You look down the steps a second too long and Nellie doesn’t miss a beat.

Walk it down awkwardly together and across the front yard. Putting her first foot down onto the street, though, Nellie yelps and hops back to the sidewalk, dropping her end banging onto the ground.

“I told you get your flip flops.”

And who is it walking up to you now but Barbara’s old, newsy self from two doors down. She’s wearing the same fuchsia swishy jumpsuit she always wears, whatever the weather. It could be snowing or it could be a hundred and two with the heat index, like they said it was today. Even so, not a bead of sweat is coming down from her hairline. How is that possible?

“And just what are youse thinking of doing with that?”

It’s Nellie who has an answer, of course it is.

“We’re thinking of minding our own business with this, thank you, Miss Barbara.”

“You little bad-behind kids. That’s a fire hazard, you know.”

“You know that’s how the house on Cedar burned down, don’t you? Youse kids need to take a walk to the pool.”

“You need a grownup for the pool,” says Nellie. “You want to take us, Miss Barbara? My brother doesn’t think you swim in that swishy suit, but I think you do.”

Yell at her now to go inside. “Get your flip flops.”

Nellie smiles wide at Miss Barbara and then runs back up the steps.

Miss Barbara waits till she’s gone to give you a long look. “And just where, now, is your mother? On a Saturday, too.”

Tell her your mom works Saturdays now. There’s another moment then, and inside of it she decides not to ask about your father. What does she know? More than you, probably. The sun is hitting you hard on the top of the head and the sweat is starting to drip into your eyes. It’s you that blinks first, then.

“Well here’s what I’ll say. I’m off to run a errand. But if youse are still out here with all that when I get back, I’m calling in a report. Your mother doesn’t need that, you know. That’s the last thing she needs, we both know that.”

That’s what makes up your mind, the threat in there, against your mother. That’s the thing that, once she’s gone and you’ve carried your father’s enormous wrench across the street and fitted it onto the nose of the hydrant, when Nellie says to wait a second, what if it really is a fire hazard like Miss Barbara says—that’s the thing that makes you say, “Fuck Miss Barbara.”

Nellie covers her mouth at the word.

Crank down on that thing with all your weight—it’s just enough, you can feel it when it gives, when the water rushes up and bursts out the nose and sends the wrench clanging across the street. Within ten minutes every kid from the neighborhood is out running through the spray, no way to put it back now.

And if the unthinkable happens? If later that night it’s your own house that catches fire, and the firemen can’t save a thing because the hydrant’s tapped dry? If Miss Barbara was right? If your mother comes home to the blaze and pulls out her hair and calls you the exact son of your father.

“He would burn down our home tomorrow to play hero for today.”

Swallow back the thing in your throat. Breathe, think. Could you even close the hydrant now, even if you wanted to? With all that water bursting out? With everyone out and playing in it now? A lot of the kids are older than you, and everyone’s laughing and all of a sudden it’s enough to make you want to cry, but you can’t do that. Watch the way it rainbows in the sunlight, feel the mist on your face. The way Nellie runs through it again, watch until she’s shivering in it, till her lips are blue, and breathe. There. Whatever comes next, at least there was this. There will always be this, how every time another kid shows up, Nellie makes it a point to brag to them through chattering teeth who it was that opened up the water.

“It was my brother.”

“See him there, the one with the huge wrench? That boy is my brother.” 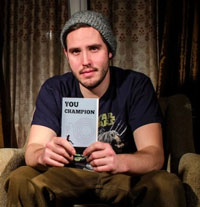 Patrick McNeil is the organizer of Philadelphia’s own Backyard Writers Workshop and the founder of the Writers Retreat in Tufo, Italy. His fiction and nonfiction has appeared in The Fourth River, Philadelphia Stories, The Head and The Hand’s Chapbook Series, and more.