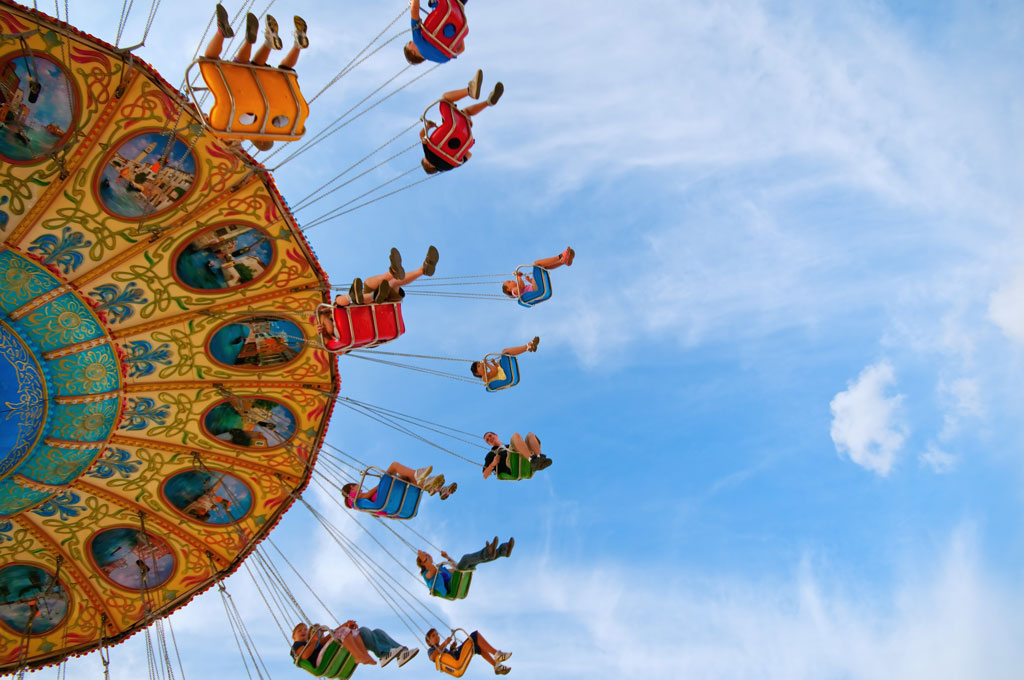 In love, we are passengers—his take. We had been talking about how people change us. He is standing by the whiteboard, and I’m sitting in the chair I always read in before students show up for the last class of the night. Out the window, the sunset makes the sky into a ripe plum, but I do not point it out this time. He has jumped to explaining that our understanding of the physical world is not intuitive. We react to forces that we ourselves imagine. Here is the scenario: I’m on a merry-go-round. The friction draws you in. He draws in red on the whiteboard. Then why do I lean out? I stand and move to his side to face the board. Look, he says. All the new vocabulary I’m learning could be its own prose poem: fictitious force, centrifugal motion, normal force. Whenever he gets to talking like this, I see a country sweeping out before me, and I have never traveled there, but it could very well be a place to make a home. Once, he said that I should have been a scientist. Tonight he says, Everything wants to go straight.

If things were different, he could have been the one to grow old with.

But we are interrupted by a student just before he can explain why my body leans out when I’m atop the plastic horse. So I teach the student, knowing that he will leave and I will stay here for hours. In all that time, I will not touch the circle he has drawn to show me spinning. We always have velocity, even if we’re holding still.

In college, he had to walk slowly as he came out of his physics classes because the world he stepped out into was different from the one he’d known before. And my whole life has been spent trying to situate myself before beauty—books, museums, nature, books—only to have it stand before me, whole, like a park bench glistening under a street lamp, when really it is the fluorescence of this vacant classroom that I have wasted a year of my life in while I stay to talk with him.

Love means walking slowly out of the classroom.

He had been on the verge of telling me how friction keeps me from flying off the merry-go-round when he shook his head. It would be simpler if you were in a car. He drew the road in red, drew me. And there I was, driving, leaning away as I wheeled around a sharp curve. 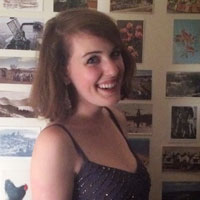 Kaitlyn Burd lives in Madrid, Spain, and studied English at Kenyon College and the University of Oxford. Her work has been published or is forthcoming in Atticus Review, Sonder Review, Susquehanna Review, the First Line Journal, Underwired, and elsewhere. She works on the editorial staff of Paper Darts Magazine and spends as much time as she can drinking coffee with her grandpa.