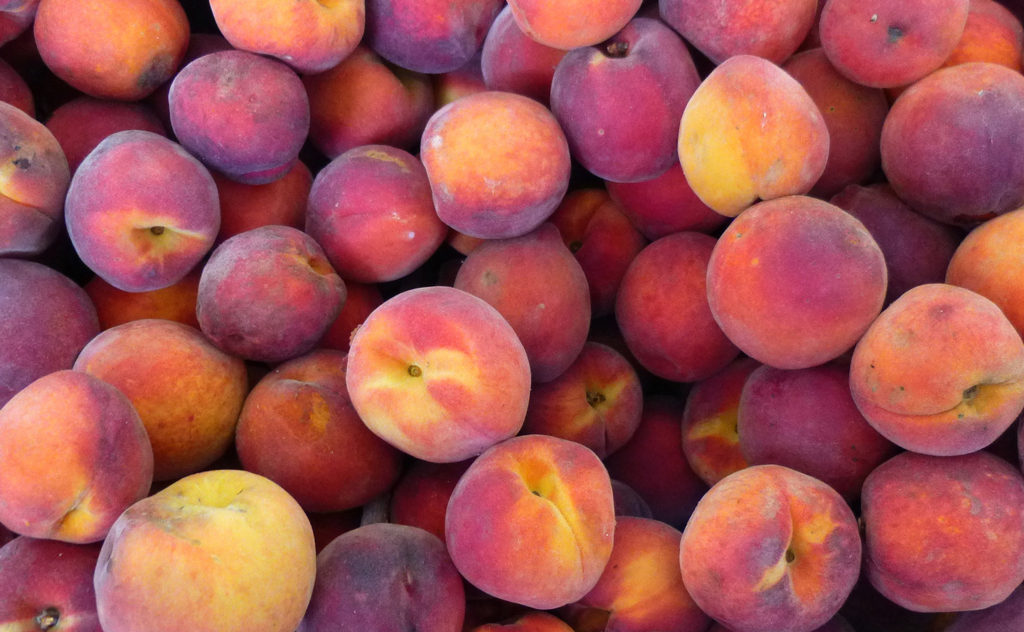 We pulled off at the fruit stand halfway between the hospital and the funeral home.

“The peaches are in season,” Father said to Mother in the passenger seat.

“It was just like he was sleeping,” my aunt said to herself in the back, her eyes never leaving the rear window.

With the exception of my aunt, we got out of the car. Mother leaned on the passenger door. Father examined the stacks of wicker baskets piled on the makeshift plywood table.

“How much for a bundle?”

“Three even.” The man was older than Father. His clean-shaven face opposed the gruff voice of a harried life.

“Plucked rightly this morning.” The day’s labor still remained under his fingernails. “Ripe for the picking.”

Father pulled a five from his wallet and pocketed the change, and with the peaches we piled back into the car. Mother cradled the wicker basket in her lap, cosseting the fruit as Mother Earth had done.

“Would you care for a peach? They’re ripe,” Mother asked my aunt.

“It was just like he was sleeping,” my aunt said, not turning from the window and the blur of passing greenery. Mother reached back anyway and placed a peach in my aunt’s limp palm. Her fingers naturally curled to the pressure.

“It’s good for you,” Mother said towards the windshield, solemn yet tender.

My aunt pulled her stare into the car, eyeing the fruit like it was dredging a memory she was indifferent to remembering. She rolled it over in her hand, taking in the curve like it made no difference it was round. She put it to her nose to paint the picture clearer and left it there, breathing in the peach. “It was just like he was sleeping,” she whispered to the fruit.

“What was that?” Mother asked.

My aunt kept silent, and the peach kept her secret.

She nibbled the fuzz without tarnishing the flesh, like a kiss on the forehead, leaving the fruit on the rim of her lips. She breathed in through her nose, timid, frail, uncertain if she should be taking a second nibble, then a third, the skin of the peach conceding to yellow flesh underneath. The nibbles became passionate, lunging deeper into the fruit, my aunt showing no concern for the position of the fruit to her mouth, gorging the sides, the top, the bottom, rotating it feverishly in her hand, juices dribbling from her chin down to her elbow. The bulbous mass of flesh devoured, her teeth scraped the fibers from the crannies of the pit before she popped the seed into her mouth, her cheeks sinking in, sucking all that remained.

And with the peach gone, my aunt sat there, stunned by the possession.

Her head slumped as she spit the pip into her hand with the timidness of a guilty child, and she returned her focus to the window. We couldn’t see the tears, not even in the reflection underscored by the frantic passing of trees, but we could hear the stifled sobs, the jerkiness of sniffles and deep swallows, as her fingers clenched the pit, burying it into her palm.

We turned into the vacant parking lot of Whitehall’s Mortuary and Crematory, and Father circled like he couldn’t find a spot, as if parking yielded my uncle’s passing into reality. Father pulled through a middle space, reversed, straightened, pulled forward, and reversed again. “Good as any,” he said.

Before he could cut off the engine, my aunt was out of the car, sprinting before her feet hit the pavement, taking off away from the funeral parlor and crematorium towards the highway.

Mother said Father’s name, inflecting he should do something.

“What?” Father removed the key from the ignition.

We stood by the car and watched my aunt fling herself on the manicured bank separating the lot from the drag of main road. She began digging, flinging handfuls of bright grass and soil.

He went over to my aunt on the earth and stoically watched over her before kneeling next to her. He also began to dig. We followed suit.

Our hole wasn’t wide, our hands rhythmically removing scoops of rich earth, burrowing deep like the dirt under our nails.

And when my aunt stopped digging, we stopped.

And we sat there around our hole awaking from a collective daze as the grass soiled stains on our knees.

My aunt took the peach pit hidden in plain sight from next to her, and caressed her thumb across its rippled exterior before dropping it in the hole. With less vigor, we gathered the clumps of wet soil flung around us and replaced the blanket of earth like a ritual. Quietly, one by one, we got up to wait by the car, leaving my aunt to tuck in the plot.

As the sun peaked and pulled our shadows together, my aunt rejoined us to make the arrangements for my uncle’s cremation. Yet none of us washed the dirt from our hands. 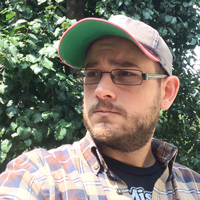 Donald Ryan has had work appear in The Topaz Review and The Bicycle Review and received an Honorable Mention from Glimmer Train. He also did editorial work for the forthcoming Tributaries: A Savannah Writers Anthology. Most recently, he’s picked up a job managing a kitchen in Buford, Georgia.