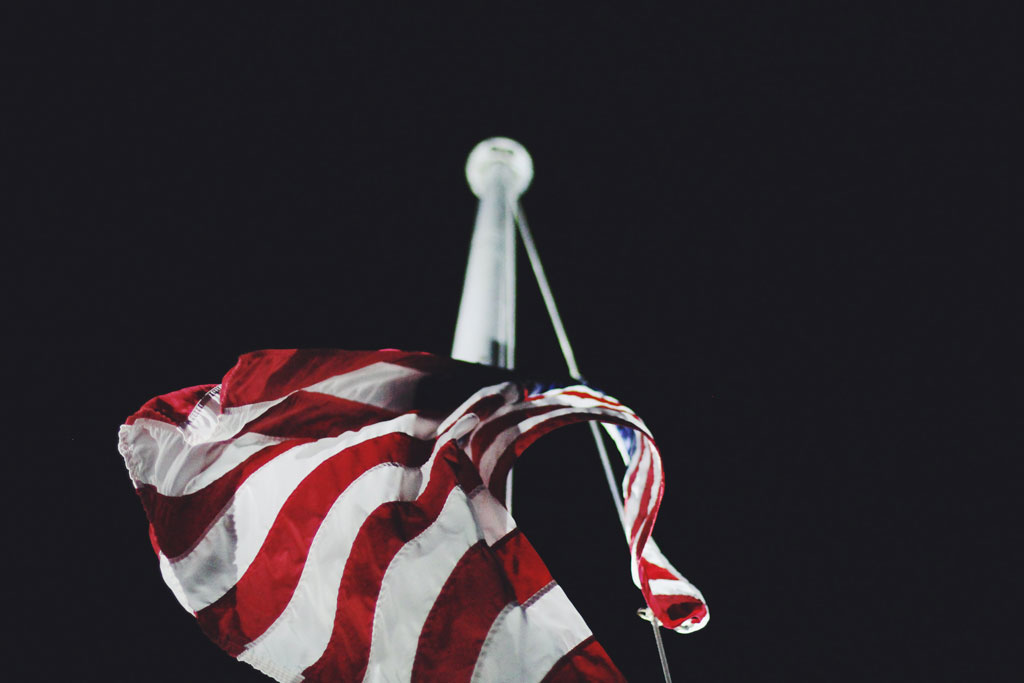 I could feel his eyes on me, even though he was watching the road. “That’s private,” my father said quietly. “I don’t tell anyone who I voted for.”

He was fifty and I was on the edge of nineteen, and he was spending his night driving me back to my dorm room three hours from home. I had shown up at his door six hours prior, with almost no notice.

I had skipped class, several of them, to go home to vote, because it was my first time voting for president and I wasn’t about to miss it because the board of elections couldn’t seem to figure out how to send my absentee ballot to my dorm in time. I was sure, cross my heart, that I had done the paperwork right. It was 2004, and after the hanging chad disaster of 2000, I wasn’t willing to take any chances that my home state of Pennsylvania was going to fall other than the way I hoped.

(Two weeks later, a thick, dirty envelope tumbled out of my mailbox and onto the lobby floor. I snatched it up and waved it above my head as I stomped down the hall, a bitter victory.)

My father had a solid half-dozen reasons to be mad at me, but he wasn’t the kind of guy who held grudges. So he drove me back to Washington, D.C., a non-state that didn’t matter in this election or most elections, but still a place where you pledged your allegiance. You were red or blue or something very specific in between, and you probably talked about it with strangers without being asked.

I didn’t know what to say after he invoked his right to remain silent. He turned up the news-radio station just a bit, and I said, “But mom always tells me.” It was the worst comeback a child of parents who are no longer married could make. But she did; she always told me.

On election days when I was small, my mother hurried me into the booth with her, around seven in the morning. She was usually one of the first in our precinct to vote, because if she didn’t do it first thing, she wouldn’t have a chance the rest of the day.

We were Democrats; I knew that. My next-door neighbor, who had taken to eating dinner with us after his wife went into the nursing home, reminded me of it almost nightly across the table. He called us Dirty Democrats as he debated with my mother, always friendly but always sincere. Dad and I would glance at each other over our plates of spaghetti, as if we had cheap seats at our first tennis match and weren’t sure when it was OK to make noise. Our neighbor loved us, but he loved George Bush (the first one) a little more.

I didn’t know whom my dad loved.

For my first eighteen years, I didn’t care. Now, at year 18.75, I was concerned. Was he on my side? So there we were in the car, and I was counting mile markers, silently willing one of us to say something.

“When you vote,” he started slowly, adjusting his fingers over the top of the steering wheel, “It’s a secret ballot. You don’t get up in front of everybody to tell them who you voted for. Your name isn’t attached to your ballot. It’s anonymous. That’s the way it was designed to work.”

“You don’t tell anyone?”

“No. I don’t wear the buttons, I don’t put up any signs. I keep that to myself.” He chuckled then, just a little. “And when somebody asks me, ‘Hey, did you vote for me?’ I always tell them yes. They don’t need to know. I just tell them all yes.”

I assumed a lot about my father because of whom we were, because of where we lived. Blue state. Blue town. Union hall. But for all I knew, he was writing “Mickey Mouse” as his candidate of choice on every ballot he ever touched.

We drove three hours, and he dropped me off at the front door of my dorm, and he turned around and drove home. I don’t know whom he voted for that day. But I think he was relieved he had a daughter who cared enough to go the extra 139 miles to cast her first ballot.

And so he drove all night for me. 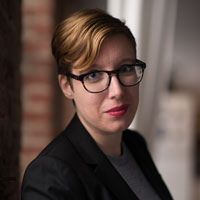 Lisa Rowan is a writer and editor living in Washington, D.C. She co-hosts Pop Fashion, a weekly podcast that discusses fashion, culture, and creativity. Her flash piece “Kitchen, 1999” appeared in Cleaver’s Issue No. 10.