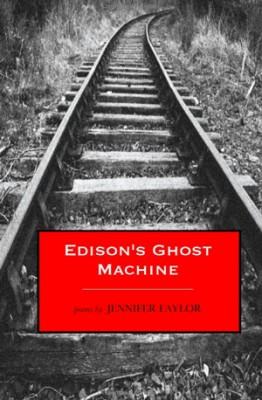 It may be useful to discuss the inevitable. The unavoidable. Ancient mythology has done this well. After all, it is the myth of Prometheus told time and time again of perpetual trauma—of the unavoidable eagle descending down upon him from the heavens, pecking at his liver, or heart (as scholars contest between the two organs). But perhaps it is important to distinguish between the morphologies of the inevitable. That discussing this sort of inevitable fate is no different from the dogma of the unavoidable, only complicated by contemporary sophisms. The sort of: it was in his nature, the, he was going to fall back in with the bad crowd no matter what. The sort of unavoidable I discuss here, tonight, is the sort of act we ourselves commit, knowingly going into something we know will fail us. Perhaps is it a gambling of sorts. If we return to the myth, Prometheus steals from the gods, knowing nothing good comes from stealing from the divine, as having gone against their word once already. It is this sort of inevitable nature that we arrive to the work of Jennifer Faylor, in her first full-length collection, Edison’s Ghost Machine.

The collection at the superficial level discusses loss, but in its discussion reveals the perpetual nature of loss: we seem to deny the loss of another, trying to recreate, re-envision the loss of a loved one. How peculiar though? To re-envision loss. But it’s not too far away from past poetic movements. It was Sylvia Plath who revealed this reconstructive nature of loss, in her obsessive poems surrounding her father. But Faylor doesn’t fall into this neo-confessional mode, by which I mean that poets today who try to “confess” forget what it is that makes confessional poetry so captivating—the relevancy of the work to greater society. And, in this sense, Faylor doesn’t try to confess anything. 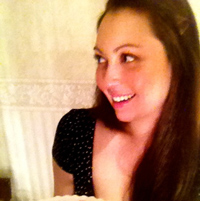 It is Faylor’s telegrams that prologue each section that strike me the most. They reveal the humanity of the speaker. The speaker of these telegrams aren’t perfect, they don’t hold too much authority. Rather, they make rather simple mistakes: “I try to pre-order a telegram with Western Union,” says one poem, “but as always the manager reminds me / that they no longer send telegrams.” It’s that haunting, “as always,” that the mind seems to gloss over an otherwise simple and trivial fact. The speaker obsesses over this need to send a telegram, and in doing so distances him or herself from her own tribe, her own time period. But Faylor doesn’t quit there. The speaker of “Telegram I” evolves with the turn of another stanza. “I am pre-ordering one to be sent / to myself in 50 years, I explain. […] I don’t want to forget Alice,”says the speaker, revealing his or her forward-thinking mindset. I don’t think it was common for men and women of the past to often think so far ahead, to feel the need to be reminded of the past, in the future. Though perhaps saying so is bit of an assumption. Yet, there’s a truly queer thought. One that’s steeped in the scents and odors of the unavoidable. That perhaps, if this speaker does forget about Alice, and one day receives this telegram telling him or her about Alice, that the loss of Alice is reopened. Or rather, perhaps revealing that loss is never truly mended. That closure is a fallacy.

It’s in the last section, opening with “Telegram IV,” that remind us that loss is loss, unavoidably so—no pun intended. And that perhaps loss is often a hard subject to write about. Not simply for the tragedy of human loss, but rather that as writers we are often scolded to avoid sentimentality. To avoid something that make the reader feel something rather apparently so. Faylor writes about loss in a rather innovative, yet familiar way. She reveals the nature of death: response. It is in this telegram that the speaker knows the ultimate, rather lackluster end to an action of burying a telegram. But does so anyways:

I know the earth hurts in its own way.
I know it is haunted by everything
that has been given over to it
for centuries. And I know it is tired
of holding on to so much. I know.
Still, I place my telegram inside the pit
and stamp the soil down flat again.

Having mentioned earlier that the speaker of Faylor’s pieces lacks authority, we arrive now to a place where that seems rather contradictory. After all, the speaker now reveals his or her knowings: sophisms of the world. But it is this inevitable need of stomping the telegram into the ground, knowing of its future failure that perhaps deconstructs the authority of the speaker. (She/he knows this will go nowhere, but does so anyways). “It has not disappeared,” continues the speaker, revealing yet another turn, “only taken out of me / and placed somewhere else.” It is important to note that the it the speaker is discussing is that of pain. And so we return to this earlier notion of loss, revealed to us in the use of a sonnet–like turn. That it never really is closed and sealed. Perhaps we like to think so with modern television. Those specifically of crime shows (those fictional ones), that seek to end decades long unsolved crimes in the span of forty-five minutes, in hoping to bring justice to the poor individual and to bring closure for the family. But it seems the closure is rather a mask. And perhaps Alice didn’t die of murder, in fact her cause of death is never truly revealed. Yet, I think this inevitable nature of reconstructing the past history surrounding death does not discriminate against the cause of the death, but rather the death itself.

It is the questions throughout the collection that reveal Faylor’s strength as a poet. After all, the poet must be inquisitive, mustn’t he or she? It’s Louise Glück who describes the poet as an individual before an oracle, shedding light on the otherwise simple fact: one does not await a response but rather must ask the oracle a question first and foremost. And perhaps it is my duty to report these questions, but rather I invite you to find them yourself. I invite you to read Edison’s Ghost Machine. Perhaps it lacks the lyrical form I myself am fond of, or imaginative diction we all seem to like. But it is the meditative quality of the works that I think deserve this collection a proper reading. This perhaps unintended meditation on the unavoidable actions, the unavoidable ways we all deal with loss. Rather, the likelihood that no one truly overcomes the loss of human life. It was Donne, after all, who cites the loss of one human life as all human life, that we are all part of a continent that is mankind. I think it wouldn’t be too bold of a statement to say that Faylor’s work doesn’t stray too far from such dogma. We are all human. We all feel loss. Therefore loss is never truly terminal or definitive. Rather it is infinitesimal, but in an exciting and new way: “Then I know the way home,” concludes the final poem of the collection, “I know how to get to her.” And so loss isn’t simply loss anymore, but rather unavoidably different and individual.

Nodar Kipshidze lives in New York City, having recently earned his B.A. in English, Creative Writing at Franklin & Marshall College. He works both in fiction and poetry and is the recipient of several honors in both genres. Most recently, he was a 2014 June Fellow with the Stadler Center for Poetry at Bucknell University.

Jennifer Faylor’s poem “Conversations Overheard in a Bowling Alley When There is a City Wide Power Outage” appeared in Issue No. 3 of Cleaver Magazine.