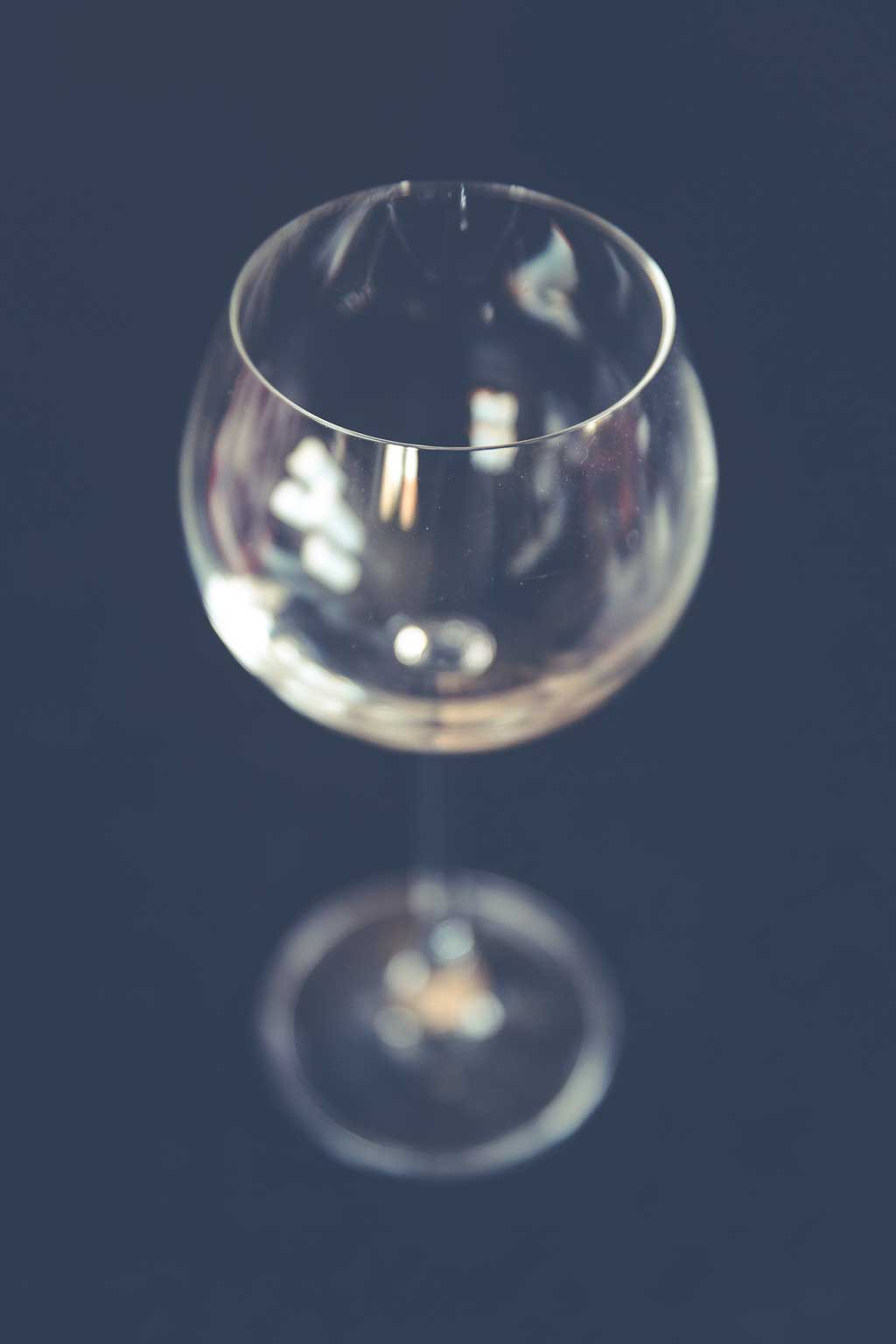 He was standing outside the double doors of the restaurant, sweating underneath his blazer. He was exactly on time. He saw a girl walking towards him, a close approximation of the one whose picture he had on his phone. He waved to her. She didn’t wave back.

She waved back. Amelia. She was wearing a puff-sleeved pink fur coat, cropped at the waist. He could tell by the sheen of it—his ex-wife had been fond of mink—that it was faux. She trotted up to him and kissed his cheeks in quick succession without having to tiptoe.

“Nice to finally meet you, Jim,” she said.

“The pleasure’s all mine,” he said.

He chided himself for not preparing a wittier greeting.

“Have you been here before?” he asked.

She shook her head. He liked the way her hair bounced off her shoulders. He wiped his hands on his chinos, fearing sweat, and opened the door for her.

He was relieved she hadn’t been brought here before by some other man from The App, which he felt would have made his choice of restaurant seem unoriginal. He guessed she might be lying, but even that possibility reassured him because it would have meant that she had lied to make him feel better.

Their waiter seated them at the corner table Jim had requested beforehand, and handed them drink menus. Amelia began flipping through the cocktail list. Jim remembered the age listed on her App profile: twenty.

Would she try to order a drink? Would she be asked for her ID? Would he have to argue with the manager to save face? Would the manager assume she was his daughter? Shit. He had been trying not to think about his actual daughter, who was ten, far enough developmentally from the girl—woman—in front of him to soothe his niggling guilt. But he and his ex-wife had had their daughter unusually late. In fact, it was quite possible—very likely, if he was being honest with himself—that he was the same age, maybe even older, than Amelia’s father. He decided to avoid the topic of family.

The waiter was back, expectant.

“The lychee martini for me, please,” Amelia said.

“Have you been to many? I’m sure you’re popular on The App.”

“I’ve had a few Companionships. Mostly guys in their thirties, a few in their forties.”

“I’m surprised the algorithm matched us up, in that case.”

“I upped my age limit to sixty-five last week.”

There was a brief silence.

“Your coat’s not real fur, is it?” he said. “I know a great place in the Garment District that–”

“Of course it’s not real fur. I’m against animal cruelty,” she said.

He glanced at the black leather purse dangling off her chair.

He thought about lying for a moment, but admitted, “You’re my first match.”

The waiter set their drinks down. She picked hers up, swilling the pale straw-colored liquid around in her glass.

He laughed, and then worried that he’d laughed a little too loud. He sipped his bourbon and wished he’d ordered a beer.

For dinner she had the fig salad and the halibut, and he had the beef tartare and the roast tarragon chicken. He learned that she was from Akron, Ohio, but preferred Manhattan (“I’m already such a New Yorker”); that she wasn’t registered to vote (“I’m not super into politics”); and that she hoped to go into marketing after graduating from NYU.

She displayed polite interest in his job (“Do you ever, like, make speeches in court, like Erin Brockovich?”) and in his stamp collection, especially after he told her he owned one stamp equivalent in value to a year of her college tuition. Every so often one of them would make a cultural reference that the other pretended to understand (Juuling, Pasolini). Neither was ever convinced by the other’s feigning. A 2005 Bordeaux helped them both along.

At the end of the meal, buoyed by alcohol and a decaf espresso, he asked her if she wanted to go back to his apartment with him. She spooned out the last of her pomegranate soufflé before answering.

He’d forgotten about the The App checklist they were supposed to go through before—what had the phrase been?—“consummating or otherwise advancing the Companionship.”

She pulled out her phone and started reading aloud.

“Consent, blah blah blah…‘Have both parties outlined their expectations of the Companionship?’ So I’m fine with whatever, sexual stuff. That was one of your expectations, right?”

He glanced around the restaurant and prayed the waiter wouldn’t come with the check just yet.

“Cool. Okay, next…‘Have both parties agreed on a mutually beneficial gifting arrangement?’” She looked up from her phone. “Did you have a chance to look through my gifting preferences?”

“I’ll read them out for you,” she said. “So I put down ‘dinners, shopping sprees, surprise gifts to place of work or study, weekend trips’…does that sound good?”

“Don’t worry,” she smiled. “I’m not one of those girls looking for help with student loans.”

The waiter placed their check on the table.

“Thank you,” Jim said. “Thanks.” He handed his credit card to the waiter. “Thanks so much.”

“Alright, one more thing. ‘Declaration of any other current Companionships or App-external intimate relationships.’” Amelia paused. “So I’m single in real life, but I’m seeing a couple other guys from The App. You?”

The waiter came back with the receipt. Jim stared at it, not sure how much to tip. He wondered if she was watching him, if she would be able to see the number he wrote down. He wondered how much her “couple of other guys” would tip. Under ‘gratuity,’ he scrawled forty per cent.

“No other Companionships and no…App-external intimate relationships,” he said, stumbling over The App’s clunky phrase. He couldn’t bring himself to repeat what she had said: “single in real life.” He tried not to dwell on her blasé delineation between ‘real life’ and whatever plane of reality he existed in for her.

He held the restaurant door open for her and she stepped out onto the curb.

“So,” she said. She smiled at him, which he took as encouragement.

He realized she wasn’t listening. She was staring at something behind him. He turned to look. He saw a lanky boy with magenta-colored hair and two wan girls with nose piercings. All three were wearing black and all three were taller than Jim.

Jim looked at her. He saw her shrink into herself.

The pink-haired boy glanced at Jim, then wrapped his arms around Amelia in a hug that Jim felt went on for a little too long.

The hug ended. There was a silence. Caleb and the two girls looked at Jim and then at Amelia.

“Is this your…?” Caleb said. Jim braced himself for ‘father.’

“This is Jim,” Amelia said. “Jim, these are my classmates. Caleb, Kyra, and Veronica.”

“Nice to meet you,” Jim said. The pale girls smiled at him without much commitment. He didn’t know which one was Kyra and which one was Veronica. He realized they didn’t care if he knew.

“We have to go. I’ll see you guys around,” Amelia said. She grabbed Jim by the wrist and tugged him away.

“See you later, Amelia,” Caleb said. Jim prickled at ‘later,’ unsure if it was a colloquialism or if Amelia and Caleb did in fact have plans ‘later.’ He consoled himself, recalling that she had told him she was “single in real life.”

They walked for a couple of blocks in the wrong direction before she stopped at a street corner and fished a pack of cigarettes from her purse. She offered him one, and he took it.

“Sorry about that. I was a little thrown off,” she said. “They’re just classmates. Not really my close friends.”

She handed him the lighter. He realized that the time between his first cigarette—snuck in the woods at Andover when he was fifteen—and this cigarette was over twice the amount of time she’d been alive. He lit the cigarette.

“Caleb isn’t a close friend?” he said. He felt a twinge of petty jealousy he hadn’t felt since he first began to suspect his ex-wife was cheating on him. It excited him, then depressed him.

“Not really. My real friends know I’m out with you, that’s what I meant,” she said. “I wasn’t, like, trying to hide it. Whatever. Which way is your place?”

Rather than walk the few blocks back to his apartment, he hailed a cab to avoid the possibility of running into any other NYU students who had ventured into Midtown that particular Friday.

In the taxi, they didn’t speak. He stared out the window. She thumbed through Instagram on her phone.

When he flicked on the lights in his apartment, she purred in approval. She shrugged off the pink faux fur jacket and let it drop onto the floor.

“Your place is gorgeous,” she said. “I love high ceilings.”

She drifted towards the living room window.

He looked at her looking at it, and tried to imagine seeing that view for the first time—the shrouded tops of the trees, the black glint of the reservoir at night, the looming silhouette of the Dakota, which he could never look at without thinking of the wintry day John Lennon was shot there, and which he now could not look at without thinking that she was looking at that building now, and seeing nothing. 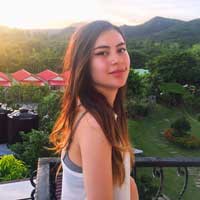 Naomi Xu Elegant is a senior at the University of Pennsylvania. She studies history and English and enjoys eating noodles. She is from Kuala Lumpur, Malaysia.