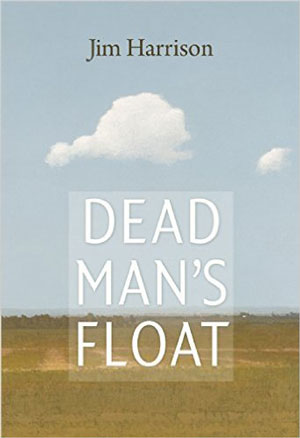 I have read Jim Harrison’s 18th volume of poetry twice: once at the end of winter and then again on the day following the poet’s death. Harrison’s themes of mortality, a lust for living, the pleasures of the body in nature, and a fascination with the violence of being remained constant between both of these readings, pulled along by a consistent flow of lush imagery and language that attaches itself to the dialect of the everyday.

What changed, however, was Harrison’s almost elegiac, almost premonitory tone: these are poems that have erupted forth from their speaker to mark the very essence of passion and understanding—that life, in all of its intricacies, is finite and unchanging, and one must always heed to the beautiful fury that is the natural and forward-moving world.

Harrison’s prolific writing and preference for a rugged, offbeat lifestyle have allowed both critics and fans to cast him alongside Ernest Hemingway and William Faulkner. Throughout his novellas, novels, nonfiction, and poetry, Harrison has presented insight into the balance between man and the natural world, the cultural richness and ritualism of food, and the poetics of simple being. Dead Man’s Float takes these concepts and applies them to Harrison’s own late life, a place where the speaker, plagued by shingles and back problems, muses on the frailty of the body and its placement in a grand, universal scheme.

Interestingly, religious images pepper the collection, providing an underlying metaphor of death and rebirth—in “Where is Jim Harrison?” the collection’s first poem, Harrison writes: “He couldn’t get up because of his surgery. / He believes in the Resurrection mostly / because he was never taught how to.” The speaker, whether closely aligned with Harrison’s own experience or not, utilizes this idea of “resurrection” throughout, though not in the traditional sense of one’s loss and regaining of a physical body. Instead, the speaker imagines the demise of one’s literal form and eventual restoration within the ongoing pulse of the natural world as energies, as dogs, as birds—“Then again maybe we’ll be cast / at the speed of light through the universe / to God’s throne,” Harrison writes in “The River,” “…Even now they remember this divine habitat. / Shall we gather at the river, this beautiful river? / We’ll sing with the warblers perched on his eyelashes.” 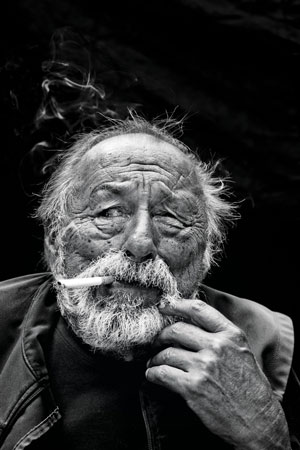 The concept of the self as a small participant within a larger order of things is not new to the world of poetry; however, Harrison takes on such colossal themes with a fresh eye toward the most fundamental and basic relationship—the bond between the human self and a natural order.

Whereas the Romanticists glorified nature through elevated tone, diction, and metaphor, Harrison’s stripped-down language paints his landscape in raw realism, as in “Cow,” where the speaker observes “A cow … screaming across the arroyo / … / It speaks of the end of time on earth.” This, Harrison’s space, is where life’s cyclical violence is beautified in its simplicity: “I see that the cow dogs are getting ready to eat her. / I see her spirit struggling to ascend to heaven. / That’s no lie. I hep her push off, / lifting her big head above a mass of bugs.” Like Charon ferrying souls toward their resting place, Harrison’s speaker acknowledges the greatness of the body’s spirit and pays homage to it as it leaves whatever physical form it had once inhabited.

This is the earth; the landscape being paid its utmost respect. In a collection so heavily focused on the peacefulness of mortality, the reader is made to consider several perspectives: the birth and death and eventual rebirth of the reader’s own self, the concept of the speaker’s own acknowledgement of a greater course of things, and the ties between the speaker and Harrison’s own release of physical constraint. Whether in the description of human death, as in “A Ballad of Love and Death about Elsa,” “Molly the Brave,” “Sticking to It,” the death or dissolution of time, as in “Time Again (2)” and “Time,” or the fading of memory, as in “Whimsy,” “The Green Man,” and “Seven in the Woods,” Harrison’s speaker is content to relive loss while looking ahead toward a nondescript future—something comprised by the confluence of lived and deceased energies and their joining to the inevitable progression of time.

“Time rushes toward me —” Harrison writes in “Zona,” “it has no brakes. Still, / the radishes are good this year.” Dead Man’s Float becomes necessary through its grounding of the reader in the passion of such small things as radishes when the self is faced with the void of a future that will wait for no form. Harrison, and Harrison’s speaker, sit on the precipice of the body’s ending full of eudemonia, activity, and potentiality, as witnessed in “Bridge,” the collection’s final poem: “So I sit on the edge, wagging my feet above / the abyss. Tonight the moon will be in my lap. / This is my job, to study the universe / from my bridge. I have the sky, the sea, the faint / green streak of Canadian forest on the far shore.”

Where is Jim Harrison? If I had to take a guess, his spirit glides above us, singular in its character yet multitudinous in its awe for all things that conflate through what has been the living and what has been the energy of nature and of a spirit’s undefinable future.