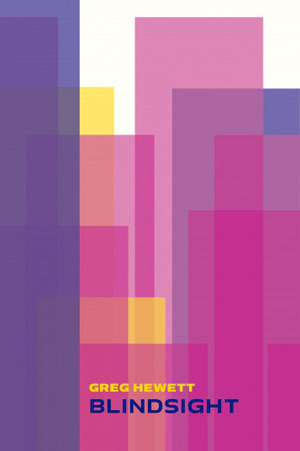 Blindsight, the latest poetry collection by poet Greg Hewett, author of darkacre, The Eros Conspiracy, and Red Suburb, opens with a piece inviting the reader to abandon metaphor:

take metaphor as blindness
deforming life to get at
the idea behind life
tires me. For too long
I have been looking

into nothing and
seeing nothing
more than words

Taking cues from composer Olivier Messiaen, Hewett, in an attempt to abandon layered language as a way of talking about the world, uses the concept of prime numbers to explore themes of loneliness, disassociation, and queerness. Prime numbers are those which are divisible only by the number one and themselves. Already they stand stark, somewhat alone. In the natural numbers (those positive integers we know so well: 1, 2, 3, 4…) prime numbers are at first common (a quarter of the first 100 are prime) then they become increasingly sparser, with arbitrarily many non-prime numbers in between them. 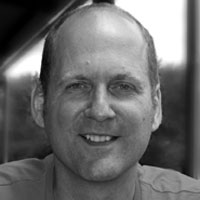 In the exploration of Grande’s story of a young man tased to death by the police after swallowing a bag of marijuana, Hewett implicitly brings into discussion of not only the relationship of a queer man to his own masculinity, but also the queer man’s relation to the masculinity of others, especially of those who are straight or “straight acting.” The speaker says, “He’s already dead/ and I/ have touched his body/ in the way that porn tricks us.” Throughout Blindsight, Hewett gives cause to reflect on one’s own relation to masculinity as it relates to sexuality, how sexuality and gender is tied to performance both as being for others and for oneself, and how these concepts intersect in today’s world where absolute pleasure (and horror, though the difference may be semantic) can be summoned with a few clicks or the tapping of keys.

The poem from which the collection gets its name, “Blindsight”, succinctly summarizes Hewett’s thesis that it is only through blindness one can truly see. For him, blindness is not merely loss of sight, it is the restructuring of vision. With it, some things do fall away, but in the darkness, in the tunnel vision of a microscope, in the words of a blind story weaver, when one sees “How full the world looks beyond / the flickering tyranny of the visual.”, other things are brought into focus.

Throughout Blindsight, the reader is presented with the voice of a poet whose urges to feel and desires to know reflect those universal to humanity. Through his plainspoken language which is, at times, conversational and, at times, confessional we are reminded of our own desires, those things for which we do still burn. We are also reminded of our own blindness, literal and otherwise which obstruct our view, reflecting the world through a glass darkly. But even in the dim light, in the uncertainty, even when, after finally getting what you want, you’re not sure if you’re left “maybe more/ nervous than longing, / maybe indifferent, or regretting”, there is still beauty in this muddled world, even when we are left lying, “mourning among the ruins.”

Overall, Blindsight is a poetry collection worth exploring. Although much of its content may be topically related to issues central to queer masculinity, many of its themes are universal and the insights it provides are applicable to anyone who has ever felt lost in their search for personal meaning. The reading of this collection, for this reviewer, definitely encourages exploration of Hewett’s previous publications and has put him on a list of poets to watch in the future. 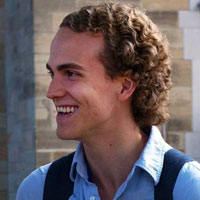 Originally from Florida, Brent Matheny is an undergraduate studying philosophy at Kenyon College in Ohio. His work has been published in Persimmons Literary Magazine