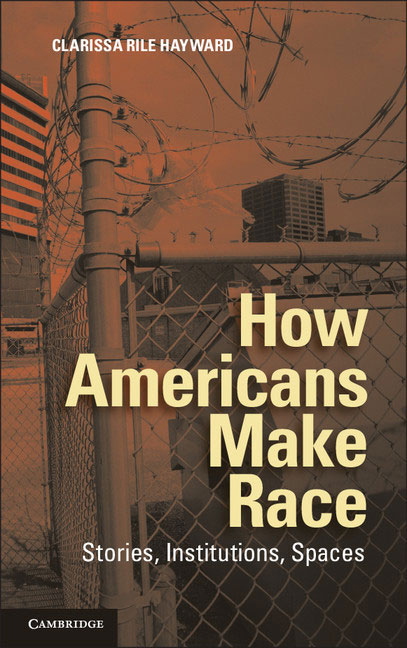 I attended a White Protestant church last Sunday. The question, you ask, is what makes a church White? Sure, all of the congregants, except this reviewer and his children, were White. But that fact alone does not a White space make.

The church’s ethnic Whiteness is not a matter of congregation clapping to the hymns on beats one and three. Nor do I suspect that a significant number of the congregants make an effort to keep the congregation all and only White. The overriding signal that I attended a White church is that next Sunday, the Sunday of Martin Luther King Jr.’s national holiday, I have every reason to believe that this church in Mississippi will have a crisp, efficient service that will start promptly at 10 and let out at 10:55 with nary a reference to King, nor will the general congregation notice King’s absence.

This omission will not be a matter of calculated indifference or passive-aggressive spite; rather, a characteristic feature of this White church is that it simply operates from a different historical, narrative context that does not include memorializing King on the Sunday of his national holiday.

In contrast, invoking King’s legacy on the appointed day is part of the rhythm of the Black church life in America. A Black church failing to recall King on the Sunday of his holiday would be as bizarre as a Christian church holding an Easter service without mentioning Jesus’s resurrection. I suspect that King’s absence would be noteworthy in many American churches because he is one of the few religious leaders whose memory is enshrined in a national holiday, yet still the characteristic feature of the Whiteness of the former church is that next Sunday will come and go and the man will not be referenced.

This omission has the power to reproduce a White church running a racialized service without any avowed racist in the congregation. The Whiteness of the space is not a matter of racist identity stories any of the individual congregants themselves about themselves; rather, the church’s ethnic Whiteness has been institutionalized in the settled, ordinary context of this church’s life. 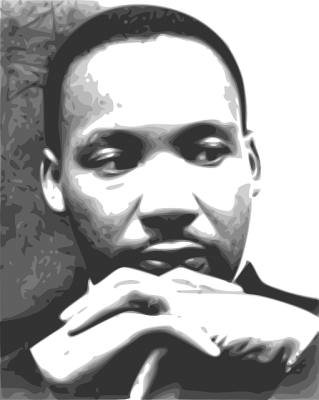 In How Americans Make Race, Clarissa Rile Hayward argues that the persistence of racialized spaces is not merely a matter of the remarkable, particular stories individuals tell themselves about themselves; rather, racism persists because of the way racialized commitments are embedded in the unremarkable narrative context, the physical objects and the mundane habits of thought and action, that serve as the unacknowledged backdrop of White community space. If Jill’s identity emerges from stories told against a backdrop of political investment: strong public schools, smooth roads, well-paid teachers, etc., then Jill will have a hard time making sense of herself in a space characterized by political disinvestment. This second space will be felt as hostile in an existential way, even though the space may not be any more physically dangerous.

Hayward argues against the “narrative identity thesis,” the notion that racial identities are matter of the narratives we tell ourselves about ourselves. She argues that, while this thesis can explain how Americans produce race through narrating racial hierarchies and racialized aspirations, the thesis cannot account for how racism is persistently reproduced, once the initial racist narrative identities evolve into seemingly race-neutral stories.

Recall our White church. A feature of the church’s Whiteness is how it participates in an institutionalized context that is normalized to omit reference to King, even as a large share of American church life embraces the opportunity to remember the pastor and civil rights icon. It is important to remember how this church is White even if every congregant individually embraces a gospel of inclusion and rejects their forebears’ explicitly racist beliefs; however, it is these racist forebears who put the church on an ethnically White path by institutionalizing a context that disproportionately depreciates King’s relevance for the life of their church.

Hayward argues that racist housing policy has put Americans on a path that disproportionately shunts community resources to ethnically White spaces, regardless of the post-racial identity stories Americans tell themselves about their political behavior. The simple argument is that in the late nineteenth and early twentieth centuries, private developers made money by selling houses to White Americans. The deep political problem is all of the public, institutional structures that had to be contorted to help developers build housing and get White Americans to want to buy houses. 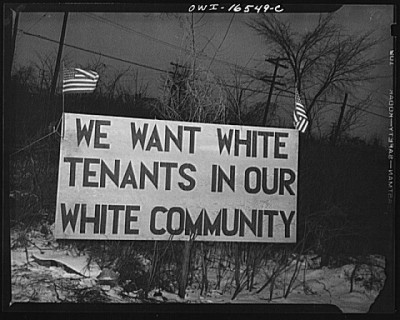 Stories, insofar as they are coherent and legitimate, can produce racism, but American racism is reproduced when these stories are institutionalized by the politics of material incentives nudging people to follow the racist housing script. For example, for a large swath of the housing construction boom, the Federal Housing Administration would only insure mortgages to segregated neighborhoods because they were deemed more stable, so even if Americans wanted to live in ethnically diverse neighborhoods, they could not qualify for the federally insured lower minimum down payment or lower interest rates. Even if the homeowners were not bigots, it was still in their material interest to go along with the segregationists.

These policies and the material exponents of these policies are how we created contemporary White America. If this marketing of American identity sounds familiar, De Beers ran a frighteningly successful campaign in the same era to tie a real wedding engagement to purchasing a diamond ring. But De Beers did not bargain with American politicians to use public money to subsidize suitors’ abilities to buy wedding rings. Twentieth century developers not only successfully lobbied for policies that incentivized buyers to buy—and make it almost financially irresponsible not to buy these homes. They also succeeded time and time again in getting community resources in direct and indirect aid marked to build their for-profit housing adventures. 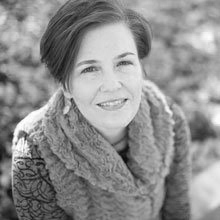 Hayward binds her arguments together in a stirring theory of how the play of racial housing policies and contemporary local governance structures work in a colonial manner to extract wealth from urban centers to fund the public resources of racialized suburbs. This is clear in a metropolis like Chicago, where you can have a doctor who lives in a wealthy suburb, for example, Highland Park, and earns her salary at a downtown Chicago hospital. This hospital remains a viable institution because of the labor of janitors, nurses and security guards who do not live in Highland Park. This doctor takes her salary back to Highland Park, pays taxes and politically deliberates with the Highland Park lawyers and bankers who also work in downtown Chicago, and together the elite professionals of Highland Park decide to support Highland Park public resources, indifferent to public resources available to the Chicago janitors, nurses, and security guards who participate in generating the wealth invested in Highland Park’s public infrastructure. For this reason, thoughtful anti-racists have to think about how the fragmented governance of the American metropolis works to benefit already privileged groups.

Hayward’s book is taut piece of political scholarship written in accessible prose by a careful thinker. She draws from a store of political knowledge as well as bevy of interviews to explain how our political structures and history account for the persistent reproduction of racism in contemporary American life, even when the narratives individuals tell themselves about their behavior are pointedly post-racial.

Irami Osei-Frimpong is a writer living in Chicago. He is the author of two novels and a stack of short stories. He and his wife created Another Chance Productions, a multimedia company that specializes in political programming including “Disciples,” an original workplace drama that explores the political turning points of an active Midwestern Protestant church. He has a background in academic political philosophy, and his scholarship concerns how public institutions train citizens for their lives as free and equal people living interdependently in America. He plays the oboe and loves how his studies inform how he parents his two daughters.