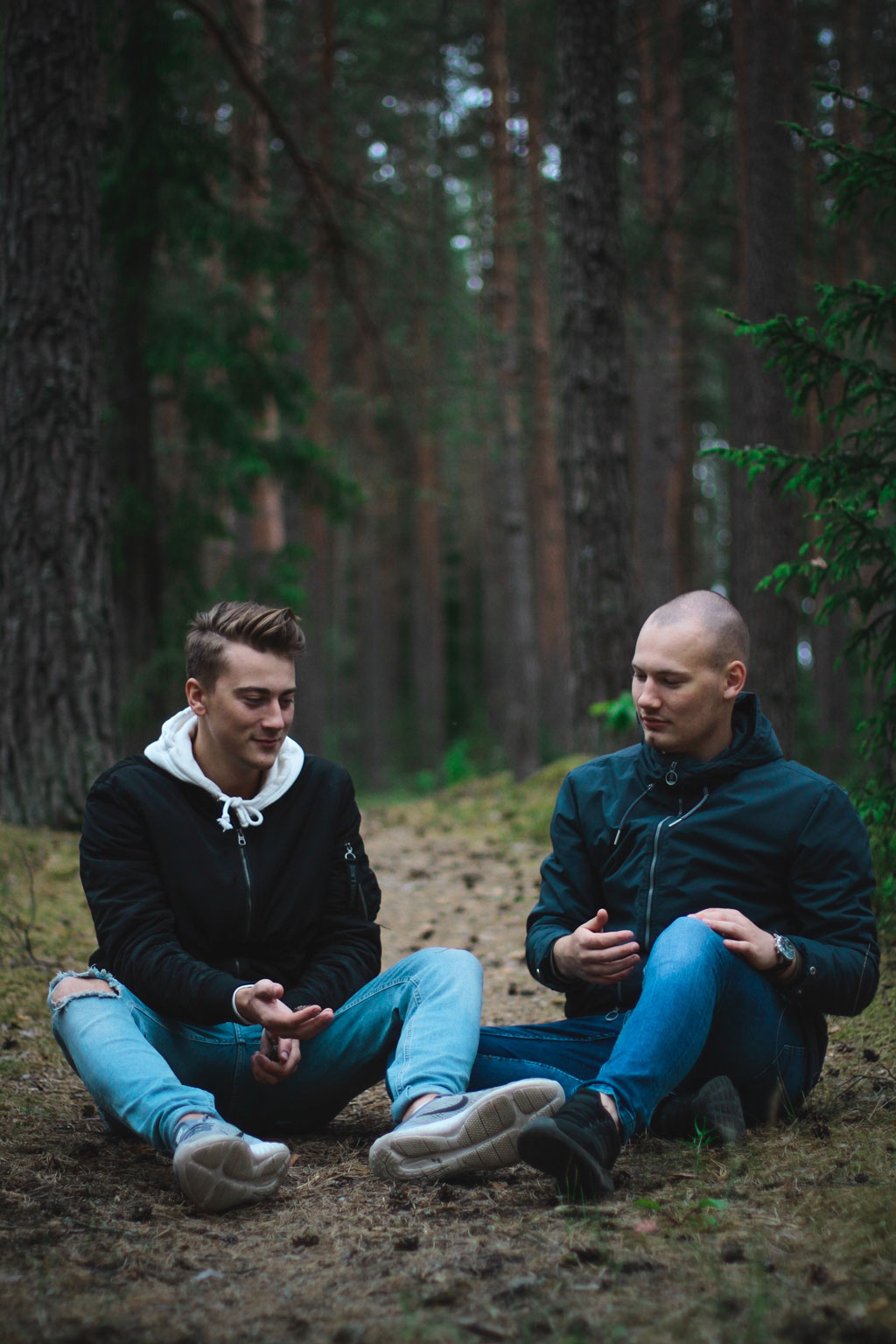 It was really dark and it scared Billy. Really very dark. Yes, really very very—made him think of when he was young and every time he turned off the light to go to sleep started remembering ghost stories. Every ghost story he’d ever read or heard or, well, just every one and his sock feet would hit the floor and his hand would hit the light switch and they didn’t go away, the remembered stories, but they settled, soft in his mind and it was okay again.

It was that kind of dark exactly.

So they kept walking and it got brighter but not enough to keep Keegan from running into a tree. A deep little sigh escaped, as if it were a complete surprise. Billy giggled. Giggled really, like a little boy, not because it was funny necessarily—Billy hated when people laughed at him, watching him being clumsy, often, all the time—not funny, no, but just the surprise. As if it never occurred to Keegan that hitting a tree while walking drunk in woods they’d never been was a foregone conclusion. As if he couldn’t believe it.

Billy giggled again, kept going, until he heard Keegan curse. Loud. It echoed. Well, maybe—Billy was sure actually, quite positive—it didn’t echo but seemed so in his mind. Everything seemed loud there, wondered if maybe something wasn’t wrong. Alcohol dulled the senses. He should be deaf by now. He should never have heard Keegan’s sigh, his deep little sigh like wonderment, or the sound the leaves made when they hit Keegan’s backside. He did though and he’s glad now—confused, maybe things reversed in his system, it would suit him—but glad and Billy kneels down where he assumes Keegan is and smiles.

He doesn’t see, can’t, even with his laughs lighting everything up, and it would only irritate Keegan, to be hurt alone and Billy smiling.

“Well,” he says, as if that explained everything.

“I guess I could live here,” Keegan sighs and it makes sense to Billy. He doesn’t feel like moving either. Not really. Seemed a waste. He was here with Keegan and that was good enough. No need to move.

“Well yes,” Keegan says, and smiles. At least Billy thinks he smiles. Wants him to have smiled, like it was implied. Keegan living here implied Billy would too. Of course. Well yes.

He’s still sitting there, in front of the tree, and so Billy sits down, patting the earth with his hand, smoothing a spot that only brings up the wet dirt, fingers moist and he doesn’t care. Now that he’s beside Keegan, in the woods, in the dark, just a little drunk, and it’s so cool—He didn’t notice but it’s cold, chilly like his father says. “Chilly today, hot tamale.” Billy laughs and forgets about the cold but doesn’t think about his father. He doesn’t so much anymore, being away from home he’s sort of forgotten. But because he’s not thinking of his father, Billy can’t feel guilty, only dizzy and maybe a little sick—happy.

“What’s funny?” Keegan asks and Billy looks at him, hoping Keegan can see. Hoping he knows it wasn’t Keegan that was funny, he would never laugh at Keegan, unless he wanted him too.

And so he says, soft, “Nothing,” because it’s true and places his hand over what amazingly turns out to be Keegan’s hand and it’s warm and dry and he hears Keegan laugh a little too.

“Can’t see the tree for the forest, eh?” He laughs again and Billy laughs and it’s bright and it’s okay and they keep sitting there in the woods, like they were at home, watching TV or talking or just being there, comfortable.

“I don’t know how I got here,” Keegan says and moves his hand over Billy’s, like he’s using it as a landmark, something to tell him he’s still on familiar land and not lost, not lost at all in woods he’s never been.

“Walked,” and Billy isn’t joking because that’s all he can remember, walking and thinking of when he was little and ghost stories and Keegan and how bright it was.

“Nice here,” and Billy nods even though Keegan can’t see him agreeing and neither moves and it really is nice and Billy wonders why. It’s cold and damp but good somehow, because he’d never been there, maybe. And when he finally went—finally because if it was nice, he should have gone before—he went with Keegan and they both found it together, at the same time.

“It’s so dark,” Keegan says and his hand flinches a little. Billy isn’t sure if hands can flinch but it moves like it’s surprised and he touches the underside of Keegan’s pinky with his own and feels Keegan’s hand relax.

He shouldn’t be warm but Billy is. Maybe it’s the alcohol but he would rather it was something else. Keegan’s looking at the tree—Billy thinks, assumes, Keegan’s still, he’s never still—like it will move any moment, like it did just that, moved into Keegan’s way. If it did, Billy loves this tree. He wants to thank it, embrace it but he would have to move and that means Keegan’s hand would move and he likes it like this, just like this, and so he stays where he is, looking at Keegan looking at the tree. He needs to speak. Suddenly, he really needs to.

“When you laugh I can see,” Billy says and if he wasn’t drunk, if he wasn’t drunk and cold and warm and in unknown woods with Keegan it might seem stupid. But Keegan’s here, beside him, using his hand as a landmark, looking at Billy now, and he’s sure he’s smiling and it’s okay. It’s okay. 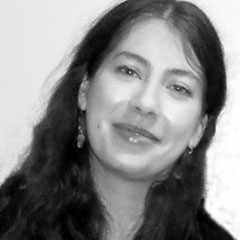 Kate LaDew is a graduate from the University of North Carolina at Greensboro with a BA in Studio Art.  She resides in Graham, NC with her cats Charlie Chaplin and Janis Joplin. Her story The Song in a Cloud appeared in Issue No. 2 of Cleaver.