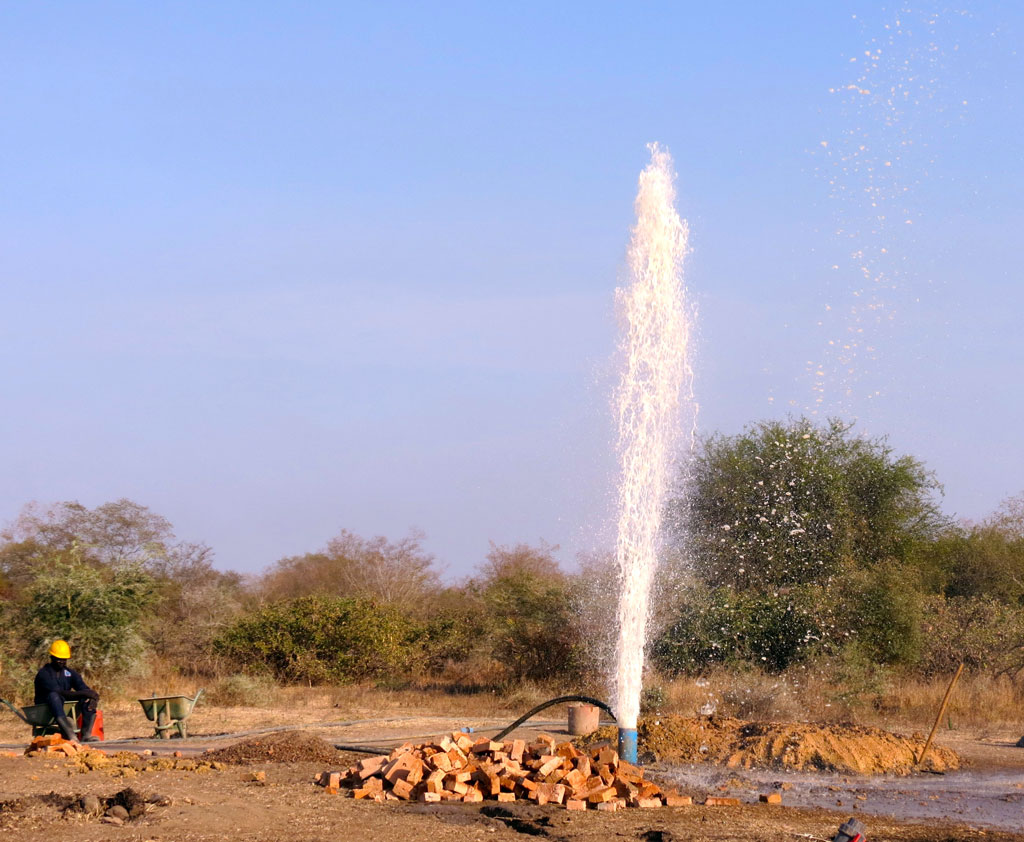 The first time Salva Dut and his drilling crew flushed water through the pipes from the aquifer deep beneath the Sudan desert, all of the villagers danced and sang.  Most of them had never tasted clean water in their lives, and here it was gushing out of the ground twenty feet above them—a cool and beautiful geyser in the dusty heat of midday. One elder approached Salva after that first well was capped and said, “I can’t believe that all of this time, people have been dying and we’ve been sitting right on top of the water.” Salva told that story the first time he came to the college where I teach, and I’ve retold his story many times.

I met Salva for the first time in 2005. I teach literature of the Holocaust and genocide as an English Professor in upstate New York. A dark subject for sure, but I’ve learned over the years that students taking courses about genocide find themselves compelled to engage more purposefully in their societies. They learn that historical lessons, especially those that are emotionally painful, have contemporary obligations. So in 2005, a group of us went looking for an organization that was making a clear and conscious difference in the world. We found Salva Dut, founder of Water for Sudan, and we asked him to speak to our little group.

His story was a powerful message, especially for those of us whom water scarcity is mostly unfathomable; our own city’s water supply is some of the cleanest water in the world. We knew then that helping Salva meant making a real difference. It wasn’t long before I joined the board of directors for Water for Sudan, and in 2008, I travelled to the country, which back then was still Sudan, with five other people to see that beautiful geyser moment for myself.

Everywhere I went in Sudan, people offered me things. I was the foreigner in their country and they could tell the minute they saw me that I was different with my lighter skin and my long hair and my rounded body. They understood that it was me who needed their help. They knew that my system wasn’t used to the extreme temperatures, that I had not sufficiently acclimated to bacteria-ridden water, that my skin was too soft for hard work, my eyes too sensitive to the dust.

In January 2015, I made a second trip to the region. This time, South Sudan had separated from Sudan making it the newest country in the world. During my two-month trip, I visited eighty villages where the organization, now Water for South Sudan, had dug its 250 wells. I visited each borehole to interview villagers and to record the impact of clean water on their lives. 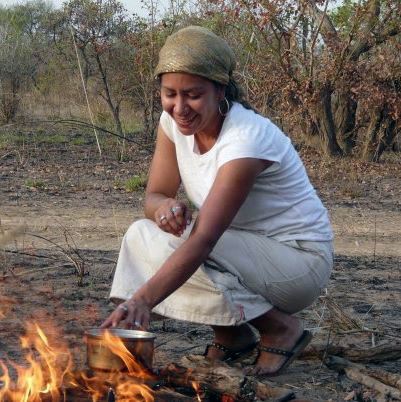 The author in South Sudan

Even in 2015 after a recent civil war in the new country, whenever I arrived in a new village to do an evaluation, people were still offering me their generosity. A chief might send a child to find a chair for me. An elder lady would escort me out of the sun under the shade of a tree. Kids offered to climb trees to harvest honey for me. People brought me mangoes and peanuts and eggs. In one village, a woman came running towards me with a chicken. She shoved it into my hands before I knew what to do. Lion, our Director of East Africa Operations and Evaluation leader, intervened and gave the squawking chicken back to the lady; he explained to her that we had a long drive ahead of us, that we could not take the chicken in the car, that we wouldn’t have time to cook it. Reluctantly, she settled for giving me a hug. Another time a local elder who was a member of his county’s parliament gifted me a goat to show his appreciation. In a place where three meals a day consisted of rice, lentils, and okra, it was a luxury to have meat. On the last day in camp, he came again to offer us another goat to take with us to the next camp.

And it wasn’t just food that people gave. They gave their time too. Whenever I had to walk into the bush to go to the bathroom, someone offered to accompany me to make sure I didn’t get lost. One day, near Salva’s home in South Sudan’s remote north, we got lost locating a number of villages. We found a couple of teens in a market center who offered to navigate us to the nearby villages. People gave their labor too; in the village where the elder man had given me the goat, one woman stayed in our camp from dawn until dusk helping to prepare meals, wash dishes, cut wood, and start fires. When I asked her why she spent her days with us when she had her own family to take care of, she said it was because we needed the help.

We in the West sometimes see South Sudan as a place of conflict, strife, and poverty. And to some degree that’s true. The country has experienced civil war most of its independent life, even when it was still part of Sudan. There is no real infrastructure to speak of, no paved roads in most of the country and no electric anywhere. Even in the big cities, the buildings run on generator power, and in most places in the country there is no potable water. In extreme heat and across harsh terrain, people spend hours walking, pounding grain, chopping wood for cooking, and tilling the earth by hand. It is one of the hardest places in the world to live; yet through all of this, there is a humanity in the South Sudanese people that strikes me as deeply unique and necessary in our global world.

Now in this post-election climate where fear, anger, and divisiveness have welled up across the country, I’m reminded of something people kept telling me the second time I visited to study those wells. In each village, I asked a question about equal access to the borehole—whether everyone in the village, even those just traveling through could share the water equally. Most of the respondents didn’t understand what I was asking. “What do you mean?” they would say, and I would rephrase the question. And then they would laugh, as if what I was asking was ridiculous. “Sister, of course,” they would say. “What kind of person would deny access to someone who thirsts?”

Over the past months in the United States, we have heard calls to deny immigrants safe shelter behind our borders. We have seen people vilify whole groups of “others.” In my own, fairly progressive city, we’re hearing about racial slurs being scrawled across local high school walls and gay pride flags being burned. I have myself sensed a gritty stream coursing beneath our feet on the verge of gushing under the pressure of hate. And instead of slaking our thirst, the change in our country feels like we’ll be swallowing sand. It has been enough to make me want to shut my doors and stay in bed.

But then something happened to me last week. I had read about the rare super moon rising, so I walked my dog to the park to watch it. When we arrived, the sun had given way to a bruised and fiery sky. My dog and I walked around the reservoir, the city’s water supply on top of the hill, while we waited for the moon to appear. Because the reservoir sits on the highest point in the city, there were hundreds of people waiting up there too. As we walked, I noticed something on the sidewalk. In intervals of about every fifty feet, someone had chalked words of hope: “Believe the future is bright and you and I can be the light.” “Be the change.” “Spread love, Spread light.”

In the midst of our grief and despair, my neighbors and I had gone to the park on the hill, thirsty for something beautiful in the setting of the sun. As I read those words marked on the concrete, and as I glanced around me at the people who had joined me on the hill—the city’s skyline in the distance—Salva’s words came to me again. I realized that if there is a darkness rising from within our country, it is also joined by a stronger current of hope and generosity that has always been there. I remind myself that human kindness must and will prevail, and that it is up to each of us to do the work of digging deep in order to bring it to the surface. 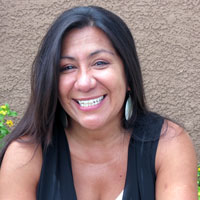 Angelique Stevens teaches Creative Writing and Genocide literature in Rochester, New York. An activist for human rights, she has lived in Chiapas, Mexico, to be a witness for peace with the Zapatista Rebels; volunteered in an elephant refuge in Thailand; studied Holocaust education in Israel, writing in Paris, and she spent two months evaluating water wells in South Sudan. She has traveled to 12 countries on three continents. Her non-fiction can be found in The Chattahoochee Review, Shark Reef, Cleaver, and a number of anthologies. Her essay, “Exposure” won second place in the Solas Award for Best Women’s Travel Writing. She is currently writing a travel memoir about her life growing up and her experiences in South Sudan. She is a member of Straw Mat Writers and an MFA candidate at Bennington College who finds her inspiration in travel—being in places that push the boundaries of comfort, experience, knowledge, and hunger.