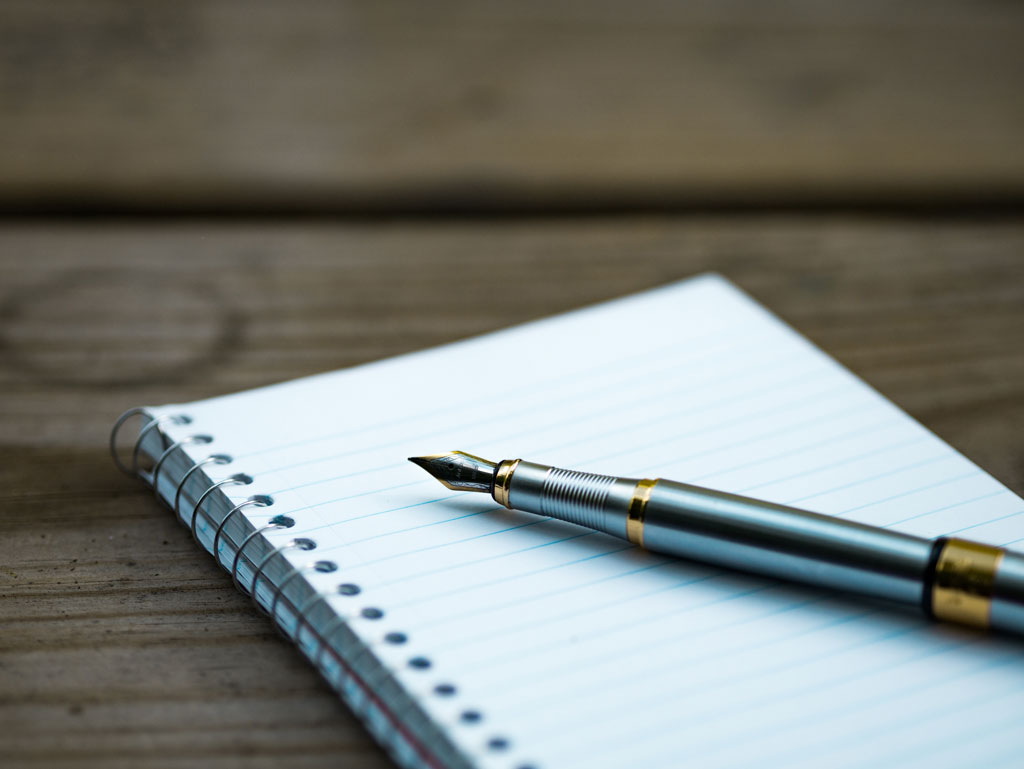 WHERE TO BEGIN:
An Investigation Into First Lines
by Michael Overa

Occasionally the first line or two of a story nearly eclipses the work as a whole. Consider Melville’s: “Call me Ishmael.”

Yet, it’s not simply that the first lines of these classics are well written. Obviously the entire story is well written. The bigger question is: how does a first line enhance the overall story? There’s more weight on the first line of a short story than a novel simply because the structure is more spare. Not nearly as spare as the work of our poet friends, but the distribution of weight necessitates a first line that firmly anchors the story.

So far as I can tell, there are at least three different ways that first lines function (although, for each rule there are clearly a number of exceptions). As a reader I’m interested in what these first lines contribute to the story itself; as a writer, I’m interested in how to replicate these lines. The primary function of a first line – especially a good one – seems to be put the story into motion, forecast the ending, or encapsulate the theme.

It’s relatively common for first lines to pull the reader directly into the story and serve as a catalyst for the story as a whole. Stuart Dybek’s story Pet Milk begins: “Today I’ve been drinking instant coffee and Pet milk and watching it snow.” As it turns out the story really has little to do with the pet milk, other than the swirl of milk that provides the catalyst for the memory that begins the story. Within two short paragraphs we’ve strayed from the milk through a fleeting memory of the narrator’s grandmother and her radio and into the narrator’s memory of drinking King Alphonses and his tryst with Kate on a train. By most standards the first line is neither dramatic nor compelling. However, the swirl of milk has triggered the memory and provided the reason we are being told the story in the first place.  The line swirls and blends into the fabric of the story.

Consider how the story would change if it began with the second paragraph, following the introduction of Pet milk: “There was a yellow plastic radio on [my grandmother’s] kitchen table, usually tuned to the polka station, though sometimes she’d miss it by half a notch and get the Greek station instead, or the Spanish, or the Ukrainian.” The weight would, necessarily, shift to the idea of radios and languages. The link to the King Alphonses would be lost, and the catalyst for the story would be some memory of his grandmother’s radio. Were the focus to shift from the milk to the radio the story itself would, most likely, no longer be about the narrator’s tryst with Kate. The entire story would now, likely, be centered on the grandmother’s radio.

What Dybek’s first line doesn’t do is forecast the end of the story. It would be difficult even for the most astute reader to predict the ending from the first line. We’ll have to turn our attention to a different story in order to investigate the type of first line that does forecast the ending. Flannery O’Connor’s story A Good Man Is Hard To Find starts: “The grandmother didn’t want to go to Florida.”  This is not a particularly compelling line on its own; however, it turns out going to Florida isn’t such a  good idea, since it leads to the mass murder of an entire family.  The line serves as reportage, stating a simple fact. It also provides the basis for the slowly rising tension of the story as well as leads to  greater character development of the son and his family, Red Sammy, and ultimately, The Misfit. By putting an emphasis on the grandmother’s outspoken desire not to go to Florida, we, as readers, focus on the rising tension of what might actually happen if the family does end up in Florida.

If, as in our experiment with Pet Milk, we start the story just a few lines later, we lose the O’Henry-esq ending, where the story comes full circle. Here, we might shift to the third sentence: “Bailey was the son she lived with, her only boy.” In this case moving to the later sentence would have a less explicit effect on the story itself. After all, we’re still focused on the masculine component of the story – that is the finding of a good man.  What we lose is the tension that builds to the appearance of the Misfit. Throughout the story the Grandmother reminds her family (and by proxy the reader) just why she doesn’t want to go to Florida. And, lo and behold, when the Misfit does happen upon the family on the side of the road, the Grandmother fullfills the prophecy set up in the very first line. She wastes no time identifying the Misfit, an act the leads not only to her own demise, but to the brutal murder of the whole family.

The third type of beginning starts with an innocuous statement that might be confused with either of the other types, but links, however subtly, to the overall theme of the story. Raymond Carver’s story What We Talk About When We Talk About Love begins: “My friend Mel McGinnis was talking. Mel McGinnis is a cardiologist, and sometimes that gives him the right.” As it turns out, Mel is waxing philosophical on the subject of love. As a cardiologist he is an expert on the mechanics of the heart.  However, as a husband, he seems to come up lacking.  The line also seems to underlie both couples’ apparent belief that only they know what love really is – while the others party to the conversation are intrinsically naïve.

Ultimately, it seems that what makes a line memorable is not that it is particularly poetic, but that it operates on some sort of deeper level within the story as a whole. The line becomes memorable because it is integral to our understanding of the structure and themes of the story. In fact, to truly appreciate a finely-built first line one should, and must, return to the opening sentence or two after reading the entire story.  As a coda, the first line can shed new light on the short fiction.

Michael Overa was born and raised in the Pacific Northwest. After completing his MFA at Hollins University he returned to Seattle where he currently works as a writing tutor and is a writer-in-residence with Seattle’s Writers In The Schools Program. His first book of short stories, The Filled In Spaces, was recently published by Unsolicited Press.