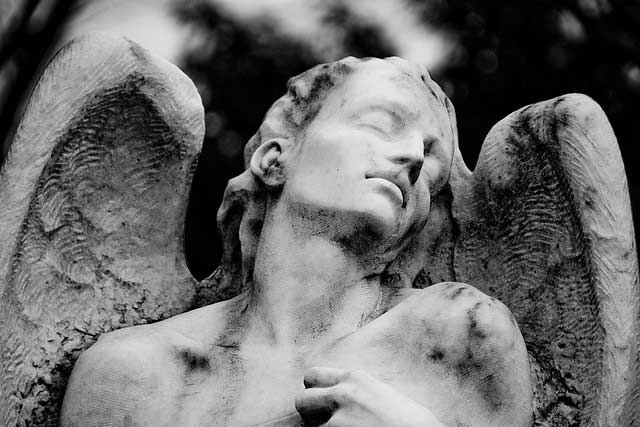 The last time I hung out with Tike, I thought, He’s become a husk of himself, but I immediately felt guilty for seeing him this way. This thought came up while we smoked a bowl in his car—after I asked him if he remembered when we’d accidentally set a field of prairie grass on fire, a childhood memory we’d talked about several times before. But Tike couldn’t remember the fire, and I don’t think this was because of the weed. It seemed like the experience had been erased from his memory. We were both twenty, and a neurologist had recently told Tike that he had the mind of a seventy-year-old—hippocampal atrophy, which is a clinical way to say that ecstasy and cocaine had eroded his brain.

Tike was my first best friend; we’d known each other since we were four. We attended the same preschool, bonding over our shared obsession with the Ninja Turtles. Toward the end of the year, our class sang “Happy Trails” for our parents. But Tike didn’t perform with the rest of us. He didn’t like the song because it made him cry every time he sang it. Tike was a sentimental kid, and the idea of going to kindergarten at a different school—with new teachers and classmates—saddened him.

Tike always placed a lot of value on remembering the connections we make with each other, which makes his mental atrophy seem particularly tragic. The hippocampus is a warehouse for long term memories—the mainframe of identity. Tike and I didn’t hang out much throughout junior high and high school, but, when we did, he’d usually bring up something we’d done that I hadn’t thought about for a long time, recounting each experience with amazing detail. The last time I saw him and he said that he couldn’t remember our field fire, I told him the story, trying to jog his memory.

One afternoon during second grade, we ventured into the prairie behind my parents’ house, armed with a book of matches and a can of WD-40. We loved lighting things on fire—plants, newspapers, old toys, anything—amazed by our ability to destroy. Maybe Tike showed me that you can turn aerosol cans into mini-flame throwers, or maybe I showed him. Either way, we were both transfixed by that instant and terrifying whoosh of flame as we sprayed a lit match with hairspray or WD.

Once we were beyond the view of my house—our moms were drinking coffee in the dining room, which overlooked this undeveloped area—we each did the flame-thrower thing a few times, laughing hysterically as the chemical mist became a burst of flame. After a few minutes, one of us discovered how quickly and easily prairie grass burned, the yellow reeds reduced to blackened straws within seconds. As we held matches to the dry, knee-high blades, which snapped beneath our feet, they’d immediately get engulfed.

We started lighting large patches on fire; we were sent into a frenzy by the black smoke that rose from the burning grass. Suddenly, a twenty-foot-wide swath of fire roared in front of us, swallowing the small field. We tried to stomp it out but quickly realized that it was beyond our control. “Oh shit,” Tike said, his voice trembling. “What if it burns a house down?”

Luckily, the fire burned itself out within ten or so minutes. We walked back to my parents’ house, sure that our moms had seen the smoke from our conflagration, that we were about to get in so much trouble. In our minds, the fire stretched for miles, but it somehow slipped under our moms’ radar. Our fire was an early lesson on how split-second decisions can have consequences you never imagined. But Tike and I would need to fuck up a lot more before we could understand this.

As I told Tike this story, twelve years after the fire, he laughed and said, “Oh yeah, now I remember.” But he didn’t fill the story in with his own details, like he usually did when we reminisced. I got the feeling that he was just saying he remembered it.

Just before seventh grade, Tike and his family moved to Salt Lake—three hours away from our hometown in Wyoming. Even though we hadn’t been spending much time together, we both felt a loss when he moved. But Tike was easy to get along with, so he made new friends quickly.

My mom took me to Salt Lake to stay with Tike for a weekend when I was thirteen. I’d never gotten high or drunk before, but, with Tike, his older sister, and a few of her friends, I got completely twisted. After sneaking back into his parents’ house later that night, Tike and I lay in his room, giggling and trying not to wake up his mom and dad. He told me that he’d recently tried acid—twelve hours of tasting music and watching fish jump out of walls. He also told me about rolling on X and making out with hot girls.

Although I liked to do bad things, Tike did most of the good bad things—going further than kissing, skipping class, and experimenting with drugs—way before me, always having an appetite for adventure. I wouldn’t get high or drunk again for five years after this night, but Tike was about to discover how beautifully ecstasy and cocaine compliment each other, turning his neuronal sparks into fireballs of euphoria. Studies about how ecstasy can eat away at the hippocampus, an effect that increases exponentially when using coke at the same time, hadn’t surfaced yet.

When I was nineteen, I dove headfirst into a maelstrom of self-destruction—a long sequence of recklessness that included driving on interstates while twisted off my ass, popping Oxycontin after drinking a half-bottle of Grey Goose, and dosing LSD eight times in one month. But my drug experiences taught me about myself, risk, and consequence in ways that nothing else could, and, if I could go back, I’d make the same horrible decisions.

Now, ten years later, I have a seventeen-year-old cousin named Spencer, whom I love like a brother. He’s incredibly smart, but, like most kids his age, he needs to figure out who he is. Despite how much I value what I’ve learned from my biggest mistakes, I wish that Spencer didn’t have to fuck up in some life-altering way to find out what he’s made of. He plans to enlist when he turns eighteen, and he doesn’t listen when I tell him about one of my best friends, an Iraq veteran who’s been dealing with debilitating PTSD for the past fifteen years. Although it’s terrifying to imagine what might happen, I think the best I can do is hope that, unlike Tike and my veteran friend, Spencer will simply be lucky enough to emerge from his mistakes intact—that his experiences won’t consume his brain like fiery tentacles reaching across a field of prairie grass. 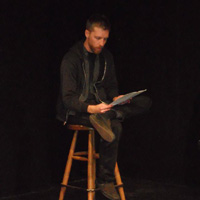 J.J. Anselmi holds an MFA in Creative Nonfiction from CSU Fresno, where he also worked as the Assistant Nonfiction Editor of The Normal School. J.J.’s first book, Heavy: a memoir of Wyoming, BMX, Drugs, and Heavy Fucking Music, is forthcoming from Rare Bird in Fall 2015. His other work has appeared or is upcoming in Trop, Under the Gum Tree, Weber: The Contemporary West, Word Riot, The Writing Disorder, and elsewhere. He’s also a regular contributor to Splicetoday. You can check out more of J.J.’s writing here: jjanselmi.com.