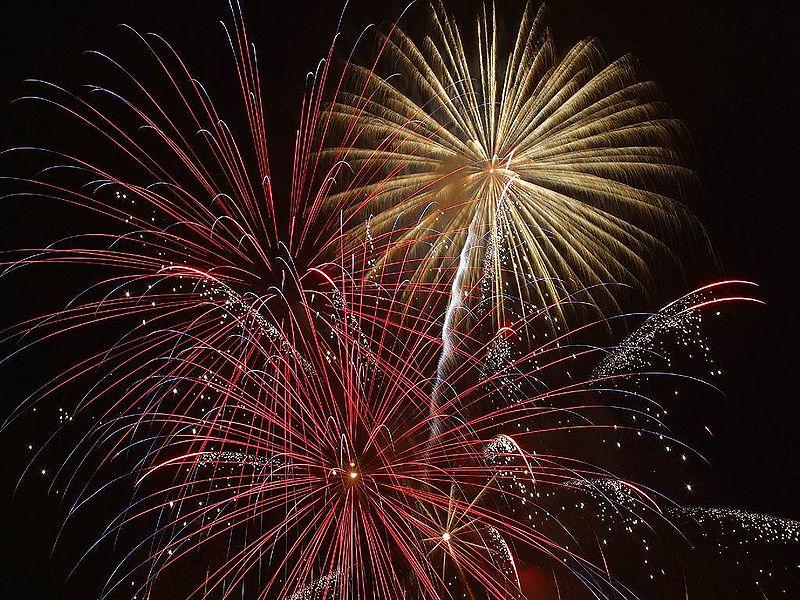 In America, minimum wage was $7.25 and a gallon of gas cost $3.34. There was something wrong with our soup but we were taking care of it.

Molly threw a party and invited everyone she knew. Seventeen people came. She smashed up ice in the kitchen sink and asked her husband if everyone was having a nice time. Then she cried and wiped her eyes with her freezing-wet fingers.

The Supreme Court was deciding if gay marriage was okay, was alright, was kosher. Everyone was turning their Twitter icons pink and red. No one could remember why this was an issue in the first place. Due process, someone said, whatever that meant.

When I was eighteen I drove to Sarah’s house in the middle of the night and told her I loved her. We talked in her entryway. The ceilings were tall. She didn’t love me back. Not even close. Later I drove to a church parking lot and smoked on the roof of my car. I looked straight up out into outer space. I was feeling centered. The rest of my life would be mediocre and forgettable, but in fifty years I would remember all this in perfect detail.

I’m nobody’s favorite Friday night, I thought to myself, and think to myself still.

What’s happening to this country’s sense of family values? My mother asked. What’s next?

So things went on. So things continued.

If you got this message on Twitter — LOL! Look at these pics of you! — somebody had been hacked. If you clicked the link, you’d be hacked too. And on and on for no apparent reason, with no apparent point, to no apparent end. Some researchers estimated 90% of email traveling through the wires was SPAM.

Renata Adler, Speedboat: There doesn’t seem to be a spirit of the times. Is that still true, I wonder?

The SOC 3312 professor wrote ZEITGEIST on the chalkboard and turned to face his students. Had everyone heard this word? Did everyone know what this word meant? In the whole university, this was the only classroom that still used a chalkboard. It was an oversight but nobody noticed.

Have you ever waited around for someone to die? She asked. A better question would have been: Is this your first time?

North Korea’s nuclear missiles were aimed at the White House but no one really cared. We could shoot a missile out of the sky. We could see everything at once. We were, for all practical purposes, omnipresent. Hyperbolically: omniscient. Still, we asked them to please aim their missiles somewhere else.

I didn’t eat in interesting places. I didn’t eat in bars that gave away pint glasses on Monday nights. I didn’t eat in restaurants that served the best chicken and waffles in Dallas. I ate at McDonald’s and Wendy’s and Raising Canes. I microwaved microwavable taquitos. I went where I felt I belonged. What more could you ask of someone? What more was there?

When she spoke to her patients, she talked about them in the third person, as if she were narrating their lives. Oh he hates it when she brings him his pills but he knows he needs them if he’s ever going to get any better.

While it rained, I listened to my wiper blades turn their tiny rotary motors, back and forth, high-pitched and mechanical, the sound of a robot blinking. I was, I realized, surrounded by robots. The future had come and no one had said anything.

On Wednesday nights we ate at Waffle House. We ordered piles of hash browns and covered them in lattice-patterned ketchup. The lights were a buzzing yellow and the tables were wet. We stayed for hours, building pyramids of half and half cups. At some point we must have stopped going but I can’t remember the decision being made.

When a person died, they went into the ground and became part of the compost pile, part of the heap, part of the unending 10th-grade-science-textbook circle of life. All the arrows pointed to the right. Clockwise. Reincarnation probably wasn’t true, but we might come back as some sort of foliage.

Sometimes our phones buzzed and we didn’t know why. Were they keeping things from us? It wasn’t always clear who was in charge. When we wanted to assert our authority as consumers, we’d say, Can I please speak with a manager?

An ice floe broke away from Alaska and took 400 people with it. Off they drifted into the Arctic. They called for help on their cell phones and boats came to pick them up. They walked single file up the gangways. The article didn’t mention global warming, but I kept thinking, Global warming. We were at odds with nature and technology: war on all sides. Imagine if the boats hadn’t come, if 400 people had floated off to Russia.

The police accidentally left a man in solitary confinement for two and a half years. His toenails curled under his toes. He’d been arrested for drunk driving. The state paid him $15million and apologized, but it was too late, he’d lost his mind.

At the office they handed out red foam Frisbees and blue rubber balls. An hour later an email went out reminding everyone they were professionals, we were professionals, this was an office. Given the option to become animals, people became animals. Even bears behave in confinement. The number of jokes made about blue balls was an office best and would never be beaten.

Fear made us dull. In break rooms, we talked about our weekends.

More and more I walked around with my hands in my pockets and my hood pulled over my head. I was all bundled up. It was hard enough to feel part of anything let alone like you belonged. Nearly impossible for me. I was well-intentioned but underwhelming.

That night the whole world smelled like fireworks. She was getting drunk on Shiner and the band was so loud she could see the bass notes in her pint glass. Her BMI was on the low side of average. She asked her friend if this was a honky tonk, and her friend said no, this wasn’t a honky tonk, this was a bar. She drove home tipsy, but, as usual, everything was fine. Her life was what they called charmed. In 60 years, nothing would ever go wrong.

6 years after I told Sarah I loved her, she married a Canadian and unfollowed me on twitter.

Everything we were putting into the earth would one day come back out again. It all moved to the right, clockwise. We would send a few things into space, but those things didn’t really count. It was impossible to create anything new, and it was impossible to do any real damage. We were all, all of us, part of the natural world. We stood at chest-high counters and drummed our fingers against the marble. Can we please talk to the manager? We said, setting everything back in its place, solving every problem. 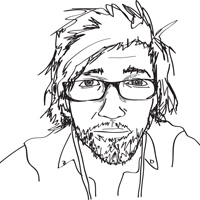 Michael Nagel is a writer and editor. He and his wife live in Dallas, Texas.