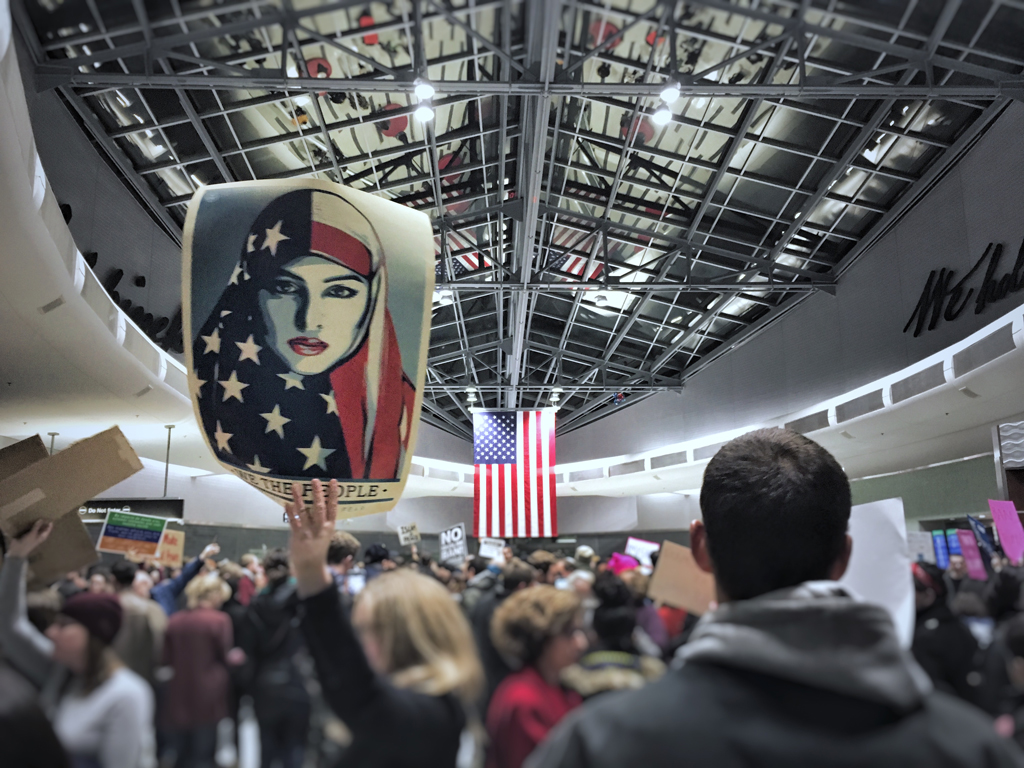 FIRST, UNCLOAK YOUR COLOREDNESS
by  Rachel Yang
Featured on Life As Activism

Two weeks before Election Day, I took a new job at a private high school in Minneapolis. Faculty passing by in the hall poked their heads through my doorway and asked, “So, are you the New Asma?”

But, I am not the New Asma.

Asma is my friend and former colleague, a South Asian, hijabi, Muslim woman and previous occupant of my desk. Before she left this job for another, she had befriended and mentored a cohort of students—brown, black, Somali, and Muslim girls—who continue, in her absence, to hang out in my office between classes. For these girls, Asma had been—and still is—a role model, a cheerleader, and a guide to the moneyed halls of a predominantly white institution that wasn’t built for them.

On November 9, when these girls flocked to my office with panic and fear in their hearts, I listened and nodded and worried that I wasn’t doing enough. In that moment, I felt acutely that, for them, I certainly was not the New Asma.

Before college, the only teacher of color I had was Ms. Morgan, a Chinese immigrant, who student-taught my ninth grade algebra class for half a semester. She spoke English with a thick accent. My white classmates complained that her verbal incompetence impeded their learning. They asked me if I could translate for her.

“She can’t even tell us apart!” They whined.

“I’m sorry!” She said one day after confusing one blond boy for another. “I have a hard time keeping everybody’s names straight. The only ones I know are Rachel Yang and Daniel Wang!”

At the back of the classroom, in my desk next to Daniel’s, I reddened as everyone swiveled in their seats to catch our reactions. They giggled at the irony: was it possible that all white people looked the same to our Asian teacher?

Embarrassed that my classmates saw similarities between me and this apparent joke of a woman, I pretended I couldn’t understand her English either—that her accent was just as much an inconvenience for me as it was for them. But at home, my dad helped me with my math homework with the same halting accent, and the same tongue-stumble as Ms. Morgan over the word “asymptote.”

Throughout high school, I distanced myself from Asian-American peers who had not only one East-Asian parent (as I did) but two. I insisted to my white peers that my family wasn’t that Chinese: we ate white people food and spoke English at home. We were average Americans living in an average Minneapolis suburb. I didn’t fuss when teachers mispronounced my Chinese surname, compromising, “Sure, you can say it with a long ‘A’ vowel. That’s easier.” If someone turned to me for help in math class, I brushed them off, “No, silly, I can’t help you with your calculus. I’m half white, remember?” When classmates made racially charged jokes, I shrugged, just to demonstrate that I did not consider myself aligned with their subjects.

As an aspiring novelist tween, I wrote stories that featured freckle-faced, auburn-haired protagonists, named Ellory or Anna Jo: girls who would never look like me or have surnames like mine; girls who represented the person I would have preferred to be, always. Growing up, I felt vividly close to whiteness. Yet, I knew that whiteness was unattainable for me, and I hated that.

In tenth grade, some friends jokingly nicknamed me “Sagwa” after a PBS cartoon, which featured a Chinese Siamese cat. Initially, I was annoyed. I had disliked the show as a child. Plus, the title character’s name is Mandarin for “blockhead.” But, I didn’t fight the nickname, maybe because I worried that my resistance would be misconstrued as race-based offense; maybe because I didn’t want to expose myself as Asian enough to be offended.

When I graduated high school, I left Sagwa behind. I didn’t think of the nickname again until last summer when Asma asked me what my Instagram username meant. Apparently, I hadn’t changed it since high school. It still read @mybffsagwa.

“That’s not okay, dude,” she said when I explained the story behind it.

Suddenly self-conscious, I scrambled to change my Instagram handle.

Last summer, teaching in a middle school enrichment program, I gave a social studies lesson on midcentury white flight from American cities. A black eighth grader raised her hand and asked, “Rachel, are you white?”

I paused, surprised. Nobody had ever asked me if I was white. More often, I’m asked variations of “What’s your ethnic background?” or “Are you mixed?” or even plainly “What are you?”

Typically, I would respond, “I’m half Chinese. My dad came to the US from China as an adult. My mom is white and grew up in South Minneapolis.” This response communicates that my dad is an immigrant, that my mother is white and a local, and that I did not grow up overseas, nor was I adopted. It’s a succinct taxonomy of my otherness.

Yet, when I delivered this time-tested answer to my student, I immediately felt certain that I hadn’t said enough. Throughout the lesson, I had been saying “white residents” and “black families,” but where was I in this narrative? I’d answered as though Asian-Americans were irrelevant; as though they had nothing to do with the course I was teaching on the history of race in America. During the 1960’s and before, in the segregated American South, which drinking fountain would the chinks have used?

Nearly forgetting that I’d spent my entire adolescence denying my Chinese half, my first thought was: Of course I’m not white.

In retrospect, I could have given her a more thorough answer, “No. I’m not white. But, as a bi-racial Asian-American, I exist in a unique, in-between space in our country’s race relations. A space that positions me closer to whiteness than you, but that too represents its own history of oppression. My identity is laced with the after-effects of that flimsy American promise called “multi-culturalism”; with America’s history of Chinese exclusion and Yellow Peril; and, with threads of anti-black sentiments sewn among Asian-American communities. I am trying to figure out how to resist and rise up. I am also learning to claim my Asian-American identity with pride.”

Would this have been a better answer to her question? I don’t know.

Ultimately, I will never completely escape my name or my almond-eyed appearance. To others, these qualities presume a wealth of Asian-American experiences that I haven’t had or with which I have refused to associate. Our bodies represent identities and ideologies beyond our individual selves, but my body codes differently depending on where it stands. As a child surrounded by white peers, I was invariably othered: perceived as a person of color by default. As an adult, over the past year, I’ve been asked more than once by black and Muslim peers whether I identify as a person of color. Do they ask because they know I’m half white? Or, do they ask because Asian-Americans’ proximity to whiteness—our “model minority” status—has allowed us to quietly benefit from white privilege; to distance ourselves from the Person of Color (POC) label? Unlike my hijabi and dark-skinned friends, my half white, half East-Asian body still affords me the flexibility to decide—to some extent—just how “of color” I want to be.

Now, it is clear that my previous need to assimilate may have put me at a present disadvantage in connecting with the young people I serve. I worry that I don’t know how to be a mentor to young women of color because I myself was never a mentee. Had I a woman of color as a mentor—someone who looked like me and who wore the full weight of her appearance with pride—would I now be better equipped for this role?

The day after the election, Asma’s girls came to my office exhausted, having argued all day with classmates who dismissed their fear and anger as melodramatic. Their steadfastness, their ownership of their otherness and outspokenness in its service, intimidated me. They wear identities that are not as readily shed as mine. They are strong in ways I never have been, in moments that I have never experienced. So, in response, I am trying to speak up more as a person of color. It is important that I wield my non-white identity visibly in the service of elevating other people of color, biting back against my long-held desire to be white enough.

I’m not sure what kind of role model I stand to be for Asma’s girls. But, so far, they haven’t stopped spending time in my office. These young women and I are figuring it out together. 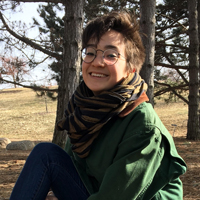 Rachel Yang is an educator, writer, and emerging radio producer based in Minneapolis. She graduated from Swarthmore College in 2016 with a degree in English Literature. Earlier this year, she co-organized the publication of a zine showcasing responses to the 2016 presidential election, online at recodinghistoryzine.com. Her new Instagram handle is @r_chel_y_ng.