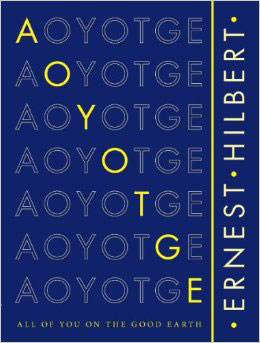 ALL OF YOU ON THE GOOD EARTH
by Ernest Hilbert
Red Hen Press, 96 pages

In her classic “Some Notes on Organic Form,” Denise Levertov argues that “Rhyme, chime, echo, reiteration…not only serve to knit the elements of an experience but often are the very means, the sole means, by which the density of texture and the returning or circling of perception can be transmuted into language, ap­perceived.” When a formal poem is doing its job well, it couldn’t exist in any other way. In All of You on the Good Earth, Ernest Hilbert takes on the sonnet form with every poem. At their best, Hilbert’s poems use that form to full advantage, revealing depths of meaning that would otherwise remain inaccessible.

Take a poem like “Drift,” which describes of timelessness and isolation, a purgatory. The poem begins in suspension:

The sky is warm and heavy before rain.
You throw down anchors. They till lines in soft
Clay, blooming muddy clouds. You sometimes slow,
Sometimes speed, as you pass forest and plain.

We are caught in the moment of waiting. The sky doesn’t clear, the rain doesn’t come. The anchors produce mud—not quite water, not quite earth. Sometimes we speed, sometimes we slow, and nothing really changes. Even the landscape doesn’t resolve—it is forest, and plain, and forest, and plain. Seasons pass. As the poem reaches its conclusion, we are told: 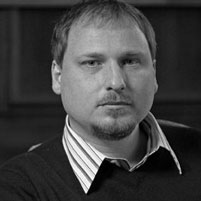 Here, the formal elements of the final couplet reveal and enhance the content. The sonic echo between strange/change highlights the fundamental weirdness of this purgatorial realm, by calling attention to “strange[ness]” and connecting it to the lack of change. Meanwhile, the recurrence of the sound in a new word performs its own meaning: the word “strange” has gone, but the sound returns almost exactly in “change”—we sense that, indeed, things “hardly seem to change” at all, even in the very words we are given.

One day we will be unsurprised to learn
That a revered talent or rare technique
Is simply the effect of a rowdy gland—
Still, prodigies are armed with talents unearned.
Genes clarify the genius and the freak
And prove we descend from a feral band.

For so much of their history—Shakespeare very much included—sonnets were used to make an argument. Hilbert does the same. But rather than trying to sway a beloved, Hilbert makes a comically dark argument about the nature of genius as the mere product of a “rowdy gland.” As he talks about the “genius and the freak,” you can hear the echoes of Shakespeare in A Midsummer Night’s Dream: “The lunatic, the lover, and the poet / Are of imagination all compact.” Like Shakespeare, Hilbert draws an essential connection between the madness of the “lunatic” or “freak” and the brilliance of the “poet” or “genius.” But in Hilbert, the argument is linked to genetics in a moment of dark humor—a sort of postmodern retelling of Shakespeare’s argument. Yet even though he can give a genetic explanation of invention, Hilbert doesn’t discount its magic, but rather takes a lyric look at the moment when “fuse…hits ammunition, / the moment something truly new begins.”

Dark humor suits Hilbert well. Take a poem like “At the Archeological Institute of America’s Annual Meeting.” He begins in the lofty mode of the Romantics, but soon deflates his rhetoric as he reveals that we’re seeing a disorganized academic conference:

With the scene set, Hilbert proceeds into wry observation:

While elsewhere, their counterparts, undertakers,
Are busy burying, they burrow to see
What’s still down there. To think, such an awkward
Set of characters would meddle with tombs
Of emperors!…

Despite the comic image of the “burrow[ing]” archeologists, a sense of death begins to creep into the poem with the mention of undertakers. It’s quickly dismissed as the speaker begins to make little jabs at the awkwardness of the archeologists. Still, the notion of death lingers in our minds, effectively preparing us for the dark, pithy, and unsettling final couplet: “Veering, talk to talk, they discuss ancient glory / Building careers, then joining their quarry.”

Clearly, for all their humor, Hilbert’s poems are not without menace. Take “Home Security”:

You view a violent shadow, cracked by sun
Something that follows you, but not too close.
You might catch it peering through faint frost-
Rinked windows and run for your household gun.
You might trail it with mob and open noose,
But it escapes, if it were ever there.

The sense of danger is clear, though the threat is not—it may be that the threat was never there at all, an uncertainty that’s even more frightening. In response, the poem tries out a litany of comparisons to try to pin down and name the threat:

Sunk like a boulder rolled in a lake, or
Swift disappearance of a peregrine,
Fast glint of cat’s eyes in an alley, deer
Vanishing into autumn grass…

The poem attempts to use language to make the threat understandable and thus capable of being resisted. Yet none of the attempts are stable: one minute the threat is like a boulder, the next like a bird, the next like a cat. It’s no less threateningly nebulous than it was before. Ultimately, the poem is able to name the threat—but only by admitting that it is impossible to comprehend: “Always nearing thing you will never see.” A chilling poem indeed.

If you’re interested in formal poetry—or even if you’re not—do yourself a favor and check out Hilbert. With work appearing everywhere from American Poetry Review to Yale Review to BODY to Rattle, he’s poised to become a major voice in contemporary formalism.