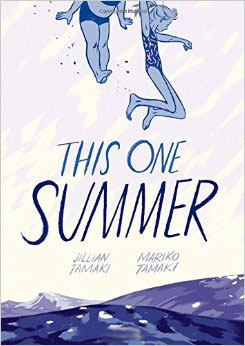 Jillian and Mariko Tamaki’s 2014 graphic novel This One Summer follows the lives of two summer cottage friends in their early teens. Rose and Windy spend this last summer of innocence testing the proverbial waters of adolescence as well as the actual waters of the Awago Beach where their families summer.

The girls have heard things over the years, things about miscarriages and abortions, but this one summer, they experience the emotions of women and girls who are actually entangled in such adult problems. What Rose and Windy thought were simply mistakes to be avoided become a complicated mix of desire, pain and decision-making. Jillian Tamaki’s navy-violet-grey art expresses movement by way of diversified frame angles covering a single scene and comfortably suturing earlier panels with later ones. Often de-centering the frame’s focus from a character’s face to the side nape of her neck or a close-up of a portion of her hand, Tamaki calls upon us to see through the panels as one would a small hole in a fence. This act of peeping further connects us to the girls throughout their much relished eavesdropping and spying activities. 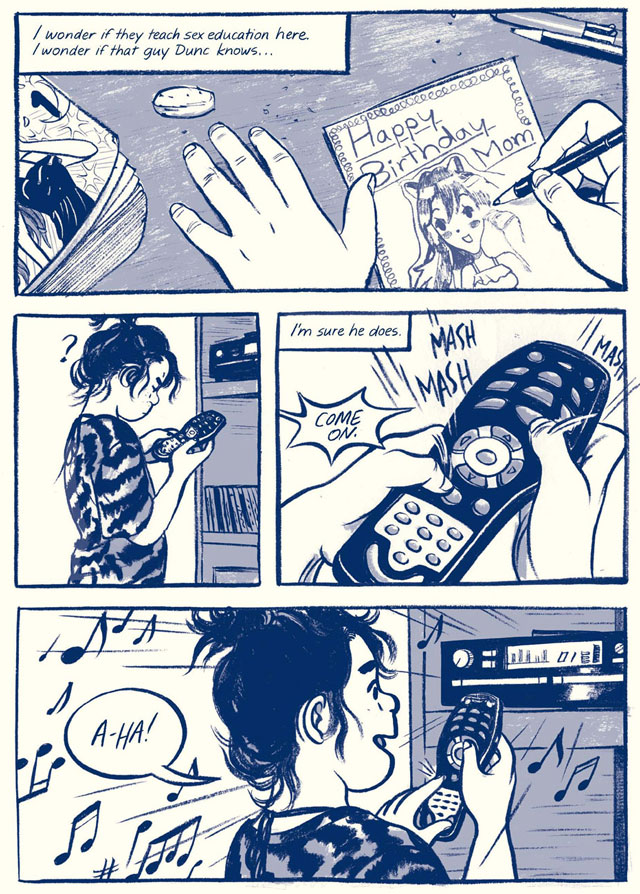 Although This One Summer delivers frequent helpings of obligatory, and obligatorily delicious, YA themes of drugs, sex, R-rated films and complicated relationships, the Tamakis do a brilliant job of keeping all that serious stuff on the fringe of the girls’ official business of having fun, being lazy and goofing around. Rather than administer the story through a typical teen drama formula, this pair of cartooning cousins casually weave layers of heavy subject-matter into a kind of serialized championing of idle summer loafing. What would normally be the gratuitous adventures of adolescents is the central and ongoing narrative, while the more enigmatic plot threads dangle imprudently, as though incidental to their lives. This subversive storytelling style has the effect of developing characters with exceptional depth and dimensions in lieu of the perhaps less-fulfilling though oft-craved action-packed, plot-thickening, pace-quickening scenarios oh so characteristic of teenager literature. 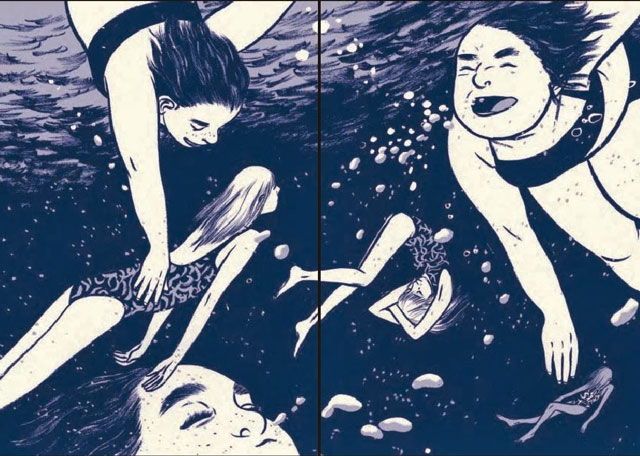 This One Summer thus has staying power. It conveys the universal scariness of closing one chapter in life only to face the next (unknown) one. For Rose and Windy, however, the experience is ever more frightening because they are closing chapter one, Childhood. 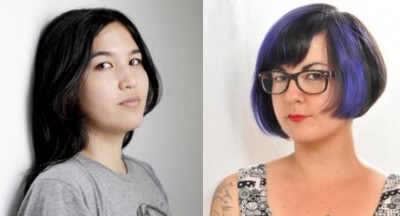 This graphic novel captures the precise coming-of-age dialogue that only two girls about to venture beyond the parental boundaries of good behavior can have. Only, like their words, which never quite work perfectly to describe their thoughts, they never seem to reach the other side of their curiosity into adult matters. Hanging perpetually in that anterior space of hesitation, Rose and Windy become as invested in the lives of older teens and adults as they are in the tragic victims of their horror movies. Always peering into the dramas of others’ keeps the girls at a safe distance, but this becomes their story: watching and absorbing in silence, only to discuss the actions and motives of others in confidence with each other, they learn to empathize with others going through hard times. 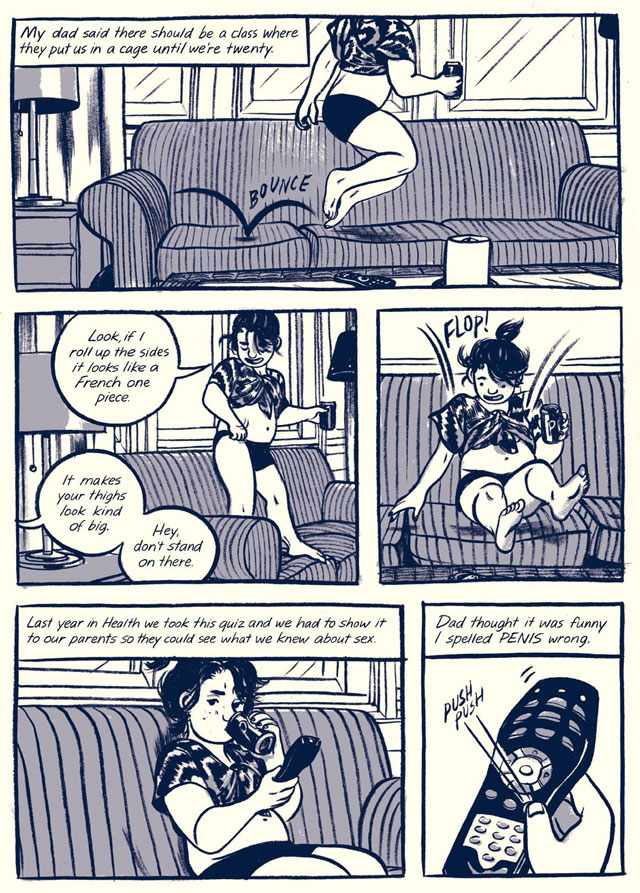 It is easy to relate to the characters in this book. Rose and Windy personify each of our private and eternal quests for self-discovery. They respond to that little ’teen buried deeply inside all of us. And we delight in watching the girls cross each symbolic threshold into maturity, traversing frontiers into forbidden territory.

The Tamakis, however, refreshingly sidestep the clichéd event of virginity loss that traditionally transforms girls into women in coming of age stories. They rather have the main characters sublimate desire, holding it at its biggest bloat, never letting it burst.

Natalie Pendergast is a Ph.D. candidate in Comparative Literature at the University of Toronto. She specializes in American, Canadian and French graphic novels and bande dessinée. She is active in creative circles that dabble in various media such as prose writing, drawing, beat poetry, video-making and theatre. She is also the communications officer for the nonprofit Acadian organizations of Prince Edward Island.