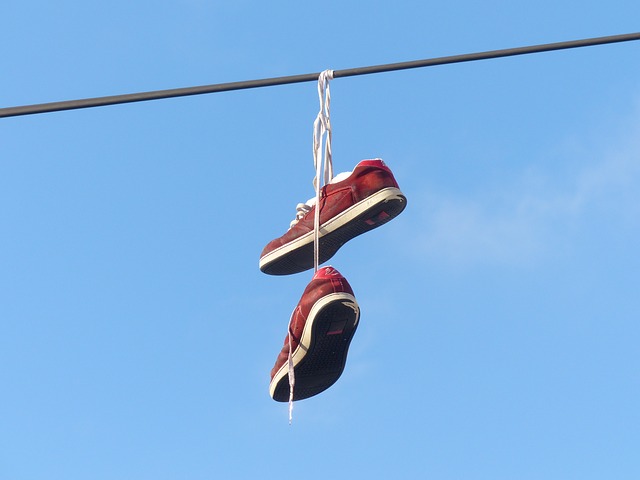 Put your feet in my old sneakers for a minute. They’re nine years old and smell like a pubescent locker room, so hold your nose and just do it.

Now, let me take you back to my middle-school gym class.

Every day in “physical education,” as the euphemism goes, you are allotted five minutes to do the following: change into your uniform, lock up your stuff, tie up your hair, and sit down criss-cross applesauce in your assigned seat on the gym floor. This is all easier said than done.

First, see, you have to remember to shove your gym uniform and your Asics into the bottom of your backpack that morning. (Your backpack is purple, and monogrammed, and you’ve had it since the fourth grade. It’s embarrassing.) Then you have to remember your combination lock and—crucially—your combination. Then you have to navigate the crowds into the gossipy girls locker room, the haven of wiry track stars and sinewy-thighed volleyball players, and undertake the harrowing task of getting naked in public.

Strategically, you face the lockers, hunch your shoulders, and start removing your layers. White cardigan, American Eagle polo shirt, tank top, ribbon belt, stretchy flare jeans, imitation Birkenstocks. Bra and underwear stay on, thank God, so it isn’t really the nude scene you make it out to be. But when you think about your soft tummy and your bigger-than-normal boobs and the pink spots of acne on your back, this isn’t very reassuring.

Finally, though, you are dressed, laces tied, stuff locked up with the combination lock you remembered to bring. (Nice!) Now you go to your assigned seat. (This, I should say, is not actually a “seat” but rather a precise, unmarked location along hypothetical lines of latitude and longitude running the length of the gymnasium floor. Basically, your seat is invisible.) Anyway, the crowd organizes itself thusly, usually with the help of a visual reference or two. This year, yours is a particular stain about three-quarters of the way down and four inches to the right of the home-team foul line.

Once you’ve found your seat, it’s on to attendance, and then the hard part: dividing into teams to play the Sport of the Day. Here’s how it goes down.

Each team has to contain a specific number of players: exactly eleven players for floor hockey, for example, or nine for volleyball. Our gym teacher, a large, terrifying man with a voice of doom—we’ll call him Mr. K.—announces the team size and then sets the buzzer on the scoreboard. Once the countdown clock begins, you have thirty seconds to asssemble your team and sit down together in a straight line beginning at the edge of the basketball court. If you have not managed to find a team by the time the buzzer goes off, you are summoned to the front of the gym to be humiliated while parallel rows of heartless classmates look on. Then you’re randomly assigned to a team that most likely rejected you fifteen seconds earlier.

If you don’t understand the perils of this process, you don’t understand middle school. Or, at least, you’ve never been a shy, socially awkward nerd who also sucked at sports. Middle school is literally the worst place in the world for kids like that. If you are that kid, a lightning round of how-many-friends-do-you-have followed by ritual hazing of the losers is the absolute worst. See, you have one friend in that class, maybe two, which isn’t even enough for a cozy game of four-square. Suddenly, with the shrill blast of an electronic torture device, you and said friends find yourself swallowed up by a flash mob of identically clad adolescent beasts. Your friends, who might be nominally okay at the sport in question or maybe have a contact or two higher up in the social hierarchy, quickly disappear into the arms of other groups. Betrayal.

That’s okay. Shake it off. Keep wandering through the crowds as the seconds tick down. Timidly approach a cluster of acquaintances, girls who always wanted you to be part of their group in math class. The same principle should apply here, you figure.

The same principle does not apply here. These girls, with their gym shorts rolled up five times and the bottoms of their baggy t-shirts tied in knots at their waists, are not the same girls who beg for your help with trigonometry. In this cavernous room they are indoor-soccer superstars, floor-hockey phenoms. You make their team one too many, and you are apologetically—always apologetically—asked to leave.

Time is running out now, and your heart starts beating harder in your chest. Your teeth begin to chatter. You have an undiagnosed anxiety disorder, and you will do anything, anything at all, to not be called out in front of everyone. (It’s the archetypal “last one picked in gym class” scenario, I suppose, but with less formality and more back-room bargaining.) You approach every team still standing, hoping for an open spot. You insert yourself silently into various groups and stand there until somebody notices you, a technique which is neither time-effective nor persuasive. The buzzer sounds, and everyone scrambles onto the floor in team formation. Everyone except you, and the handful of other stragglers with whom you now go to great lengths to avoid eye contact.

“You!” Mr. K. barks at the straggler collective. “Up here!” Up you go, cheeks blood red, the chosen ones watching without interest as the rest of you are paraded onstage. After much unnecessary beratement, you are directed to Team 3, several members of which sigh audibly as their chances of athletic glory rapidy diminish. And part of you wishes you could apologize, because it’s true—you are truly awful at basketball, and volleyball, and indoor soccer, and floor hockey.

But the other part of you is angry. Angry at Mr. K., first of all, for picking on the already picked-on and totally enjoying it. You did some calculations the other day, and you found that if you split up 100-something kids into teams of nine or eleven or thirteen, you’re probably going to get a remainder. It’s not anyone’s fault, it’s just, you know, long division. So when Mr. K. drags a couple of kids to the front of the gym, he’s not punishing them for being lazy or for not following directions, but for being a mathematical inevitability—for being the remainders in your middle-school social scene. And that’s a dick move.

But more than that, even, you’re angry at your classmates. Everyone’s arguing and taking sides and making game plans and rolling their eyes at the shy girl with the undiagnosed anxiety disorder, and you just want to stand up there and yell, “My god! This isn’t the Olympics, people. This isn’t the Hunger Games. It’s. Just. Fucking. Gym class.”

You don’t, of course, because that’s not your style, and because you won’t acquire that sailor’s mouth for at least half a decade. Also because The Hunger Games hasn’t been written yet. But as you sit in the bleachers, teeth still chattering, awaiting the athletic trials still to come, you think about the day when you will finally be able to look back at this nightmare and laugh about it. The day when you can finally say to every school year, every gym class, every mean teacher that’s ever hurt you: let’s never do this again.

Seriously, though. Let’s never do this again. 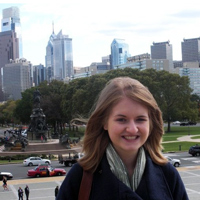 Hannah White is a senior history major at the University of Pennsylvania, where she works as a program assistant and archivist at the Kelly Writers House. She has interned at the University of Pennsylvania Press and at WriterHouse, a writing community in Charlottesville, Virginia. Her work has appeared or is forthcoming in The Sensible Nonsense Project, Gadfly Online, Word Riot, and The Birch Journal.