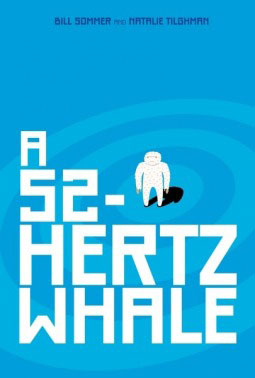 When a humpback whale becomes separated from its pod, it emits a unique song in an effort to find its way back to its loved ones. When certain people experience feelings of isolation, they seek companionship through indirect social interaction.

Bill Sommer and Natalie Haney Tilghman’s A 52-Hertz Whale explores the nature of loneliness through a series of email correspondences, all between people with little else in common other than the desire for understanding. From the conversations of these starkly different people springs a series of beautiful, if uncanny, friendships. A 52 Hertz-Whale reveals that some of the most meaningful relationships can be forged even when the only thing we have in common is the fear of being alone.

Fourteen-year-old James Turner (“[email protected]”) sends his first email after discovering that his adopted humpback whale, Salt, was separated from its migratory pod. Recent film graduate Darren Olmstead (“[email protected]”) receives the long email detailing James’ efforts to uncover the lost whale’s whereabouts, and a plea for Darren’s assistance. What a kid from a middle school social skills class wants with the guy who volunteered to film their final video project is beyond Darren, but he figures there’s not much to lose in responding. He replies with his condolences and finds James in his inbox again the next day; the beginning of a year-long correspondence.

When Darren offers to call the boy, James declines, preferring the comfort that a computer screen provides. From a medium where the individual is in full control of his or her own identity comes a sincere candidness that stems from the urge to find someone —anyone —who will listen. James is direct about his reasons for reaching out, and Darren soon takes a shine to the whale-obsessed boy. From there, both of their stories unfold.

The structure and style of their emails denotes their polar-opposite personalities, while reflecting shifting states of mind within the narrative. In the beginning James’ writing is formal and scholarly, not an ounce of slang or playful language to be seen, which speaks volumes about his social awkwardness. Darren’s writing is humorous and doesn’t take itself too seriously, even when commenting on stressful situations. He doesn’t know how to process the grief plaguing his own life.

[email protected]: “Now, I don’t know much (okay, anything) about girls…It all just sort of makes me wonder: Is it worth it to like someone so much if there is a chance of ending up alone again anyway?
Sincerely,
James Turner

[email protected]: Hey there James Jamerson (real guy, actually, you can look him up),
Not sure what you’re into as far as movies. I bet you’d dig Whale Rider. It’s an Australian flick, I think. Check it out…
Peace in the Entire East,
D-Dog

Over time, the subtle changes in their writing reflect the changes in their lives. Darren’s scattered thoughts become more focused and James relaxes his speech with words he’s learned from Darren and the Urban Dictionary. They come to confide in one another, seeing in the other the hope they needed for themselves. James admires Darren’s bravery in carving a path for himself despite his setbacks. Darren is inspired by James’ choice in doing what he loves despite being bullied and ostracized because of it. For them loneliness isn’t just a bonding agent, it’s a means of healing. 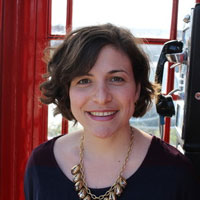 The book, however, is comprised of more than just the contents of James and Darren’s personal subject lines. Marine researcher Peter Brammer (“[email protected]”) emails the office’s maintenance man about struggles with his father’s death and the brief reappearance of his estranged sister. James’ classmate Sophia Lucca ([email protected]) emails her flighty friend, Sarah, about her frustrations with her mother’s budding relationship in the wake of her own father’s death. There are also minor interactions between people with at least two degrees of separation from the world of our two main characters. Each dialogue is unique and serves to convey the idea that people from different walks of life can find common ground in their feelings of solitude.

The epistolary nature of email represents the individual’s need for companionship and this story couldn’t have been told any other way. Every character has his or her own style of writing that lends itself to a distinct voice—from Sarah’s shorthand text speech to Darren’s own humorous but thoughtful ramblings. In the end everyone’s story isn’t wrapped up in a neat little bow. Nothing is set in stone, leaving readers with the feeling that things could get better or worse for any of these people. Emails can only reflect the present. We can appreciate how far each person has come through the connections they formed.

Reading the book, I felt that I was just as isolated as the characters were—a young woman peeking into the lives of fictional characters she had absolutely nothing in common with. I came equipped with my own hardships, my own struggles, my own insecurities; but therein lies the point. My isolation as a reader, combined with my own fears of being alone, makes me no different than Darren or James, than Sophia or Peter. I connected with each of them until the final turn of the page, as if I had known them for longer than the time it took to get from one cover to the next.

It’s said there is a lone whale that roams the North Pacific, the only known whale to emit sound on a fifty-two-hertz frequency, equivalent to a tuba’s lowest note. It’s suspected to be a hybrid of a blue whale and another species, swimming in complete isolation as its calls go unanswered. This means that two animals with little else in common other than swimming in the same ocean came together to create a singular specimen with no desire to beach itself, despite being called “the world’s loneliest whale.” Yet it embodies the connection between two unlikely beings: proof there’s still hope for connection amidst the loneliness.

A 52-Hertz Whale gives readers the opportunity to come to terms with, and ultimately accept, their loneliness. The novel takes one of our greatest fears and subtly, powerfully, makes us witness the lasting bonds that can be forged from it.