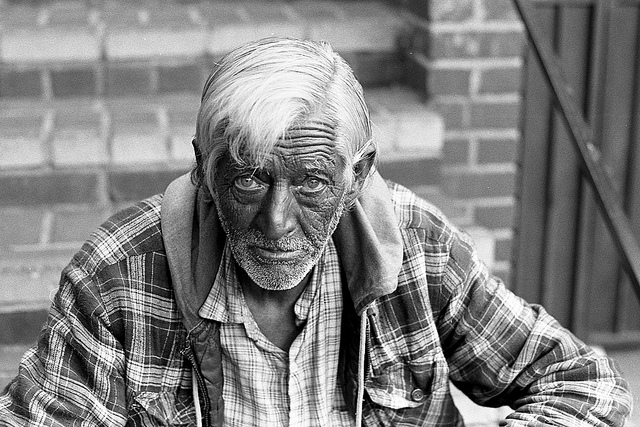 His Royal Highness was a tweaker who hung around outside the convenience store where we used to go to buy booze. He always had his hands shoved wrist deep in his pockets, and there was always a twenty-four-ounce Miller High Life in a brown paper bag sitting on the newsstand next to him. His face was covered in black, some mixture of sweat and ash that stuck in his stubble, and he wiped it often—long, greasy drags across his cheeks that left them dirtier than they had been before. The management let him stay because he gave them such good business.

Every time we showed up he would get the door, and we would all shuffle in, not knowing where our eyes should go as he watched us. He never looked mean—it seemed friendly, honestly, but none of us really knew what to do, how we would respond if he said something.

His Royal Highness never got the door for anyone but us, either—I first noticed this when three sets of people came in and out while we were still in the aisle eyeing pork rinds. He didn’t even look at them.

“Will that be all, hon?” the clerk asked. She was little. She might have been part Indian.

I watched His Royal Highness lighting up through the glass.

“Yeah, sorry, that’s it.” She bagged our beers, and looked at me like she always did—like she was thinking of asking for an I.D. Just like every other time, she didn’t want to go to the trouble. His Royal Highness kicked the newsstand.

“I’ve known that boy since he was your age,” she said. My age. She must have known what that was.

That night we all got drunk off our asses by the banks of a lake, moonlight on the mud, and the roots writhing into it. I kissed a girl I’d met the night before at a party. She sat in my lap, and our wet skin couldn’t decide whether it wanted to stick or slide. The unreliable traction of her thighs eventually scooted her off me completely—she grabbed my neck on the way down and we fell back into the water while my friends threw mud at us. By and by they left for more beer. It was fun. Loads of fun.

His Royal Highness, so far as I knew, never found out about our nickname for him. When we went back to buy our beers the next week, he got the door for us, same as always, but this time I wasn’t thinking about him. I was thinking about that girl, and the sludge in my toes, and the way the world gets shiny after three beers. I was happy—I was happy enough that I just glanced at him, friendly. He looked me dead in the eye, and pulled the door handle, drawing his other hand under it, upturned to show us the way. “Your Royal Highness,” he said to me. 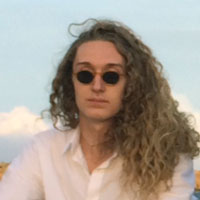 Charlie Keys Bohem is a high school senior living in Los Angeles, California. He has had stories published on Yellow Mama and Popcorn Fiction, walks extensively, and hopes to be the first creatively published neuropsychopharmacologist.