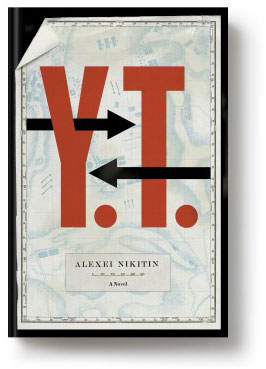 In one devastating visual from the 2011 British television miniseries The Promise, a veteran of the Israeli armed forces shows the unaware protagonist the tragedy of the border between Israel and Palestine. As the series progresses—switching between the present time and that time which the protagonist’s grandfather spent in Post-WWII Israel as a British peacekeeper—the pathos of this divide becomes mired in historical and social realities beyond obvious resolution. This quagmire of a divided land is a familiar theme for our time. Ukrainian physicist-cum-entrepreneur-cum-author Alexei Nikitin’s novel YT specifically reminds us of the case of his country, whose Maidan revolution in 2014 tried to answer encroaching Russian imperialism. Nikitin’s novel is set both in 1984’s Soviet-dominated Kiev and the democratic Kiev of 2004, its miasma of paranoia accompanying everything Soviet and everything political markedly similar to the Israel-Palestine of The Promise. In everything, a line.

The collective farms, kolkohozes, of the town of Greater Apple, Ukraine are caught in a competitive “fruity dualism.” Farmers are granted district assistance but refused more than a month’s help. They resolve the dilemma by having five radiophysics students assigned, according to Soviet policy, to come work between the picking seasons “so as not to upset the Antonovs nor wound the Simirenkovs.” Bored out of their minds, these five students do exactly what would be expected of them. Play. As the narrator Davidov puts it, “the game of Civilization is very similar” to the game they invent. He takes on the identity of Istemi, “Khan of the Zaporozhan Encampment,” and the students divide the territory of Ukraine. They write referendums to one another, treaties, and declarations of war for this jokingly parceled land. Back on campus, however, the students are secreted away by the KGB, afraid of subversive behaviors. Two weeks pass with no evidence of treason. Then, doing what bored men in power do, the KGB agents play, too. Two months pass: 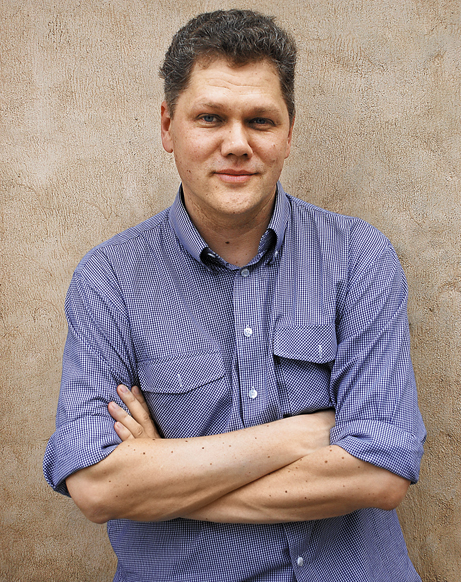 And in that war, predatory and unjust. The war of the three majors [the interrogators], Korostishevski only lost Aquila. That town went to Slovenorussia. Whereas Kanyuka put his people on the Iberian Peninsula in vain. He had wasted his money buying my two rocket cruisers.

Finally, the majors let the students go. But twenty years later, the students will realize the game destroyed their lives. The plot (much like the characters in It’s Always Sunny In Philadelphia) is raucously funny in how morally disturbing and ultimately meaningless it is. Davidov remarks, when he discovers the plot twist: “it’s the most brilliant practical joke I’ve ever heard of.”

As the novel shifts to 2004, Davidov, a “peddler of fizzy drinks,” is what Holden Caufield might have grown up to become. Jaded, wry, selfish, and painfully pedestrian. Someone not destined for great things, someone who recognizes this in the world around him. Someone who, forced to attend company meetings, “recalled with a shudder of nostalgia my army political indoctrination of eighteen years before.” Someone who tells a pun so bad (“I’m not a private investigator, I’m a private individual”) it haunts the translator’s work, seeming as if a translational error.

Davidov’s definitive moment comes with an email: a threat of war if fictional troops are not removed from fictional land, directly from their college game. In the email, Davidov’s sole friend from among the students, Kurochkin, now a high profile political figure, pleads for Davidov’s help in discovering who must be trying to extort him. This, of course, sets in motion the discovery of betrayals and hidden secrets expected of a thriller. Like the trope ‘cop who doesn’t play by the rules,’ he ignores Kurochkin’s directions and those of his once KGB interrogator, and now questionable ally, Sinevusov. Unlike any cop, he then ignores them altogether to play the flâneur. He walks entirely around the plot, into a romance, and to no great consequence. The subtle humor of disinterest comes to its apex atop Castle Hill, where he first inhaled the excitement of being free, “a time of cosmic solitude and metaphysical breakthroughs.” Only, “everything was the same as it had ever been.” And while the story goes on, that vastness “was gone. There was no cosmos. No metaphysics.”

When I wrote about Drago Jancar’s novel A Tree With No Name, I had a difficult time deciding whether to mention the reoccurrence of the overflowing river. A symbol of the abundance of memories tangibly connected. I mention it now, however, because YT considers our relationship with memory similarly. “Layer upon layer of thoughts about what hadn’t been but might exist on top of the memory of what had been but might not have been.” Admittedly, this is far less elegant than any of the prose in A Tree With No Name. Consider:

She doesn’t understand that he’s looked into the abyss and beyond wakefulness into dreams, and beyond dreams into the past, beyond his birth, and that he’s traveling back somewhere, constantly back.

But, in the way Jancar’s novel follows the existential travails of an aging man in a millennial world, Nikitin’s metaphysics reaches its climax early on, appropriately, at Castle Hill. Instead of “traveling back somewhere, constantly back” in history, Davidov travels solidly toward a cynical consciousness of political division. It’s a little Jonathan Swift, a little Will Rogers: “I don’t make jokes. I just watch the government and report the facts.”

Nikitin, writing for PEN about the country’s intensity in 2014, said “the war is distancing us from the past, emphasizing its unattainability, and making the future insubstantial and surreal.” Nitikin’s article is stripped of his cynical humor, but lush with Davidov’s feelings of defeat. “Is it even worth thinking about the future when at any moment it could all disappear?” The future Nikitin talked about has already been forgotten and disappeared for people outside Ukraine. Just as it did for Davidov and his four friends, unknowingly, while the past “from the heights…didn’t look quite real.” This blood-drawn zigzag (in)between countries is quite real. It comes back and is rewritten. Nonetheless, as Davidov discovers in the bitter and funny twist of YT’s war games, “the war leaves us only with the present—the laidback moments of the warm spring evenings and the fluid jazz on the Kiev streets. The evenings lingers slow and unhurried, yet passing by swiftly and forever.”