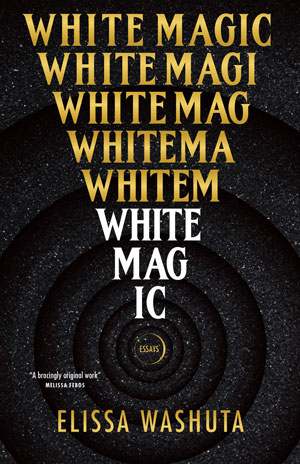 In Elissa Washuta’s book of linked essays, ​White Magic​, she writes about her substance abuse candidly, describing getting high with cough syrup as a teenager in her school’s bathroom between classes. In a later scene, a doctor pleads with her to stop drinking—there’s something wrong with her insides, and she’s been urinating blood. As these essays progress, Washuta retraces the reasons for her self-destructiveness in a culture that treats her, a Native woman, as an expendable object. To understand her experience, she uses ideas from witchcraft, tarot, astrology, and even Twitter discourse as resources. With this, she creates a beautifully-rendered piece of art that isn’t easily labeled.

Washuta is a member of the Cowlitz tribe of southern Washington. I grew up not far from their reservation. I also lived in Seattle during the time that she did, frequenting many of the places described in this book. As a child, I had no conception of ancestral land or colonization. These things were deemed too uncomfortable to be discussed. Displacement and environmental racism were facts I only came to be aware of later in life. To read about the Seattle that Washuta lived in for a decade as it grew into the tech ogre it is, and inhabit those same spaces through her writing, is a gift for any reader interested in the real history of the United States.

In the essay “Centerless Universe,” the Seattle Office of Arts and Culture selects Washuta as writer-in-residence at the Fremont Bridge. The guidelines are vague, stating “that the writing shall illuminate some aspect of the bridge and the bridge’s history, be it real or metaphorical.” Washuta needed the money, even if she was skeptical of the project and its benefactors, so she took the position. She writes:

This place was important to indigenous peoples long before white culture descended upon it. From her perch atop the busiest drawbridge in the United States, Washuta struggles with her presence and the concept of development and progress. She lists the series of displacements of the Native population one after another alongside the construction of the city’s infrastructure. “Assembling the above history…” she says, “felt like pulling out bones through pores.”

Seattle is a character throughout these essays, and Washuta examines it without nostalgia. It is a predominantly white city, with the indigenous population making up a disproportionate amount of the houseless. Washuta speaks of herself as “white-passing,” but she argues that in a culture that seeks to assimilate difference, this labeling is an act of aggression against sovereignty. Her time in Seattle was difficult and characterized by alcoholism, self-loathing, and a feeling of alienation. Rather than turn away from these memories, Washuta is intellectually attentive to them. She examines what they signify to her spiritual recovery and what reverberative effects she may still carry. She is interested in ways we tell our stories, both individually and collectively, and what these mean to those they don’t benefit.

In the essay “The Spirit Cabinet,” she reflects on her process of remembering by keeping index cards of events as they come back to her and listening to these cards intuitively to learn how they should be arranged—thereby forming her work. She writes: “I’ve begun noticing dates, the time loops are tightening, trying to show me something, and I’m doing my best to obey.” 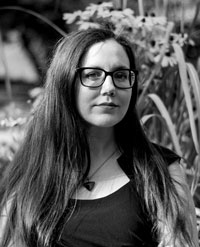 Washuta intertwines her own experience alongside history’s violence. This serves to place the reader into Washuta’s creative process while also highlighting the reverberative effects of occupation. With this mirroring technique, she explores how the personal and political are inescapably linked. She explores Native American myths of the Northwest, but she also finds purpose in places where we are told it isn’t kept. For example, Washuta treats the pop culture of her childhood as symbols. The things that she remembers, even if seemingly innocuous, have significance for her still; even if that significance is not apparent to her at first, she mines these memories for an explanation. The reader is shown the intricacies of the origins of Phil Collins’ motivations behind “​In the Air Tonight”​ and its subsequent Snopes article, put directly into a reframed frontier in the classic early computer game ​Oregon Trail,​ and is made aware of the hidden significance of the surreal children’s movie The Adventures of Mark Twain.

She writes of colonization but is quick to dismiss the violence inflicted on her body, such as rape and ensuing trauma, as a metaphor for it. She is colonized, yes—which helped perpetuate this violence as a central facet of the American experience—but that is only some of the story. Washuta utilizes this approach skillfully. At one point, she likens her post-traumatic stress disorder to a tyrannical rule, furthering our understanding of what it means to be actors in a society that requires abuse and power to function. Comparisons like these, which create a continuous sense of empathy and connection with the author, are repeatedly built on throughout the essays.

Washuta speaks of wanting to “ungrow” back to a child that still believes fully in magic. This notion permeates much of the book. As the author engages with the history of the land she inhabits, she attempts a form of unlearning on her intellectual path, to find a knowledge more resonant than the prescribed teachings that indoctrinate us from an early age. This method helps her view the past for clues of understanding while taking steps towards the release of painful feelings that no longer suit her. In this, her writing shows the nonlinearity of healing. 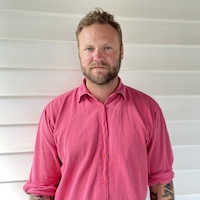 Eric Buechel is a writer from the Pacific Northwest. He has a BA in Psychology from The Evergreen State College and an MFA in Creative Writing from Sarah Lawrence College, where he was the fiction editor for Lumina and taught in the Right to Write program through Westchester County Corrections. He works as an editor and English tutor.