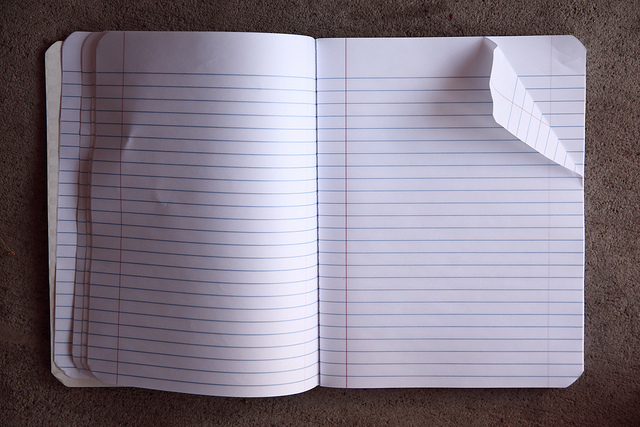 WHAT THE STARS ARE SAYING
by Olivia 子琁 Tun

When I hear about the death of a friend’s baby, it usually takes my heart two or three days to catch up to the news, to feel what a heart ought to feel, something like sorrow, or anger, or befuddlement, not necessarily in that order, and generally all at once. When Daniel’s baby girl died at just eleven months old, I downloaded all of her pictures on facebook, stared at them for hours, days, until I resembled less of a mourner and more of an addict, having no intention of giving up her addiction. “Emma will be forever missed,” someone posted on Daniel’s wall. Emma is (was?) short for Emmanuel: God with us.

When Corey’s baby boy died yesterday, at nine months old, I went to the coffee shop two blocks from my apartment in Long Island City, found my usual spot by the window, drank my coffee, ate my scone, read every page of the New York Times—a tourist gang-raped in India, North Korea’s hunger, AT&T’s dash of orange across black and white journalism, Anne Carson’s email excerpts, punctuated with less popular linguistic emblems, like the “<.” (I don’t remember what emotion the “<“actually expressed—it seems we already have “!” for surprise, “?” for confusion, and “.” for things being over, like death. I wouldn’t know how to use the “<”, but I liked it.) I didn’t cry—though the article about rape in India would’ve been the right moment to do it—and I must have appeared as normal as everyone else reading the newspaper. The world read the same world-news as I did, and it continued to be chatty and opinionated, without missing a beat in the Sunday morning dalliance and overture.

The gentleman next to me, typing away at his computer, offered to look up my destiny from an astrology website. He pointed toward the Pulaski Bridge before us and told me that he grew up in Brooklyn, Hebrew school on Saturdays, Chinese take-out (obviously non-kosher) on non-festive days. He studied American History at Columbia, and now lives abroad. He said he doesn’t feel American. I asked whether that was because he lived abroad or if that was the reason he lived abroad. I asked out of politeness, not interest. He said he’ll save that story for next time. Then he asked me for my birthdate. And I said, “I’ll save that for next time.”

I tell my friends about Corey’s baby over dinner at their house in Astoria. I had to spell out, rather than say out loud, the word “die,” since they have kids. Luca, a three-year-old girl, Ilan, a twenty-week-old boy, and another boy due in a few days. His name will be either Johan, Yohan, or Ewan, all derivatives of John, all three meaning: God has been gracious. My friends have already decided that God “has been” gracious to their unborn child. They’re not trying to put on spurious faith, they’re not trying to sound religious or annoying, they’re not even prophesying a long, happy life over their third child (though that would’ve been understandable). Because we are good enough friends, I can ask: would you still see God as “gracious” if what happened to Corey’s baby happened to Johah or Yohan or Ewan? Because we are good enough friends, they know that I’m not looking for some brush-off platitude. They both become quiet. They put their forks down. Luca tells her mother she wants ice cream for dessert. Not apples. Not broccoli. Not rice. Just ice cream. Her mother hugs her tight. Tucks her bangs behind her ears. Her father says, sure, she can have some ice cream, and Ilan can have some ice cream too, and if something were to happen, to these kids or to “God has been gracious,” he just doesn’t know how he would go on. He doesn’t know if he could go on. He just doesn’t know what he’d do. How to go on being a husband and a dad to the remaining kids. How the hell does Corey get out of bed every morning, make breakfast and go to work? He doesn’t know. He would need some crazy strength beyond what he could come up with himself. Some fortitude to keep him from sundering. Something to keep him from plunging. Something, well, like grace.

There is leftover Korean miso soup, fried sweet potato, and chicken with shiitake mushrooms. We put them in tupperware and take out a brand new tub of ice cream. We call for the kids to come back to the dining table. Luca shows up in a Dora the Explorer bathing suit and beach sandals, with not an iota of worry about the forecast of snow throughout the week. She eats her bowl of ice cream as if it were summer. After dessert, her mother changes her into her jammies (pink), and she insists on wearing a princess dress (pink) over her (pink) jammies. Dining as a vacationer and sleeping as royalty, it has been a good day for Luca.

“I just don’t understand,” I say to my friends. Without my detecting of it, my heart is beginning to catch up to the news about Corey’s baby. Perhaps I should’ve taken down that astrology website from the gentleman at the coffee shop. Perhaps I should’ve told him my birthday. Maybe he’d even tell me something about my death.

If stars can speak, and if constellations narrate with a historian’s precision, then it must have been a clear night when the shepherds kept watch in the field, walking distance from where Mary gave birth, and the night that the magi, Egyptian wizards, came bearing gifts. I have a cubicle in the Writer’s Room on Astor and Broadway. It is open twenty-four hours a day, and I often stay past midnight. I look out the window. It is snowing—the forecast was correct. The gray haze blurs up the sky without a star in sight. There is nothing in the sky to guide me, so instead, I walk a couple of familiar blocks toward Soho, to a deli that lights up the street corner with fluorescent bulbs, and I buy seven cupcakes. Back in the Writer’s Room, I eat all of seven.

“I don’t understand either,” Luca’s mom texts me at my seventh cupcake.

Sonnets, psalms, plays—comedy and tragedy—are left untouched on my desk. I don’t have the stomach tonight for hollow eye sockets, hoary kings gone mad, a prophetess burning at the stake. Instead, I pull up pictures of Emmanuel on my computer again. I study her eyes. I study her ears. I look for possible details I might have missed previously—perhaps a new fold in her chubby arms? Fingernails that need to be cut? A cut that needs bandaging?

I am finally crying, by the end of the second day, in my cubicle, looking at photos of Emmanuel I am crying over Corey’s baby.

There is an order to things, the stars tell us. When things become out of order, people will lose their hair and babies their breath. Children begin wearing coats and stockings on snow days, and beach sandals only at the beach.

As the tears fall, they collect around my lips, stretched, shaped like the beginning of a smile, a simper, and I prepare all my membranes and faculty for sonorous roar, from deep in my belly, a loud hurrah: this is not the end! Death is not the end! Life doesn’t end here, Emmanuel! There are stars in the sky, and fire beneath the earth. Where cancer and starvation, psoriasis and child trafficking are burned in flames of sulphur—a thousand, a million, times more brilliant than the fires on May 30, 1431. Or the Brown Building fire (23-29 Washington Place. Very close to my cubicle in the Writer’s Room).

Dear Joan of Arc, you who listened to the stars, died shining and incandescent. You who know about being silenced, and about injustice—take care of the babies. 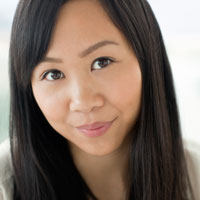 Olivia 子琁 Tzu-Shuan Tun lives in New York City, just a few blocks from MOMA’s PS1, which she enjoys. Other things she enjoys include: Taiwanese mochi, dogwood trees (pink), Eastern European writers, the gym’s steam room, and her mother’s praises. Things she hates include: steroid creams for psoriasis and psoriasis. She is an MFA candidate in Fiction at Columbia University.