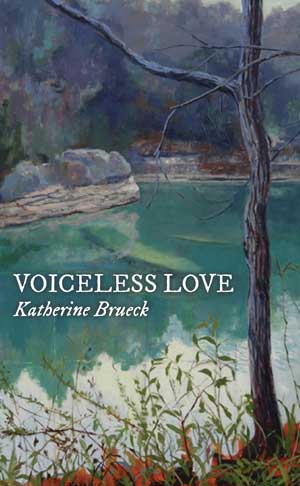 When Lady Mary Wroth avowed, “For men can only by theyr slights abuse / The sight with nimble, and delightful skill,” she was speaking of love. But her couplet might as well have been speaking of the sonnet. By the time she wrote those sage words in the midst of the Renaissance, the sonnet was already the noblest form in the English-speaking poetic tradition.

And not much has changed since then, centuries of experimentation notwithstanding. The sonnet’s tradition and power are too strong, its advantages too many. The sonnet is the place where our carnal self, whether dreadful or delightful, meets the meteoric speed of the mind.

In her collection Voiceless Love, Katherine Brueck takes to heart her idol Wroth’s enjoinder, finding a personal path to “abusing the sight” with dexterous sleights. Her preface lays out nakedly the autobiographical aims of the book, as something of a manual of solace, rooted in her contemplation of a stark and at times painful family life, softened somewhat by marriage, an adopted child, and God. There is a pilgrim’s progress explicit in the structure of the book as it moves from friends and lovers through spouse and child and finally to God the crucified. Yet in this age of over-explaining in all literary genres, and gratuitous self-revelation masquerading as confession, Brueck constantly reminds us of the virtues of decorum and the tactical advantages of careful prosody.

The inscaping is strong.  The language constantly surprises.  The lexicon of religion touches themes secular and sacred, sublime and sordid, lending them the formal elegance that allows us to contemplate what otherwise could not be borne.   The subject of filial discomfort is taken up in “Nothing”: 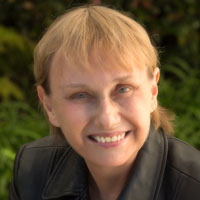 The sound play among “phoenix,” “shreds” and “innocence,” distracts, deflects, and makes oblique the subject. The phrase “quasi-loving touch is ambiguous and discreet.

Any number of successful practitioners of the modern sonnet has “renewed” it through significant reinvention, rebuilding a new car around a resilient chassis after first smashing the vehicle against a wall. Others have “customized” it, striving through strong enjambment, inexact rhyme and meter, prosy asides, irony and other such rhetorical feints to make us forget at all times that we are reading a sonnet.

Wisely, Brueck keeps such play within careful limits, falling back on the old virtues, trusting the essential form, especially the couplet, to convey her strong and supple use of language:

Gravedigger tolls the bell for my life
In him: bats whistle cannily for his soul.

In “Riddles of the Tomb,” Brueck plays well off the tradition of mysticism in lyric, describing those ineffable states of being that are esoteric yet profoundly experienced:

The poems feel full of personal risk. As necessary to a wandering spirit, the basic, if sometimes modified, sonnet form that governs Voiceless Love relaxes, as in “Nightmare.” This poem about a mother’s bad dream of her adopted daughter has wrought the fear that resides in maternal love into beautiful consolation, hard-won:

Your birthmother appears and smiles; she embraces you.
You gaze at her, give her loving kiss.
Together you walk away, forgetting who
Watches from inside—a woman who’ll miss
Her daughter, her only child. I stare from afar:
I wait an eternity, my door ajar.

One reference point for Voiceless Love is the French poet Louise Labé; one of Brueck’s avowed influences. Though the epigraph comes from Marianne Moore, it could as easily have been:

[My aches are intermixed with drafts of joy
A sudden laugh becomes a sudden cry.]

A deep sadness floats through Brueck’s pages, recollected not quite in tranquility, or if it is peace, it is a stern one. Most especially the father hovers as an ambiguous figure casting his shadow over all.

Religious poetry in lesser hands succumbs to the historical and the dogmatic. Brueck precludes this loss by keeping things starkly personal. By the time we reach “Dead Lamb Waking,” almost at the end, we are ready for such a personage. He feels as hers as the father, mother, husband, lover, friend, child. We have arrived at God—her God.

The progression feels natural, logical. The poems are the more resonant because they comprise a sequence, in the best tradition of Donne and Petrarch, albeit with the object of love and contemplation transposed, the woman the seer, the seeker.

The final couplet of the sequence shocks if not surprises:

Arrow of abandon.  Shut from earth,
Son in desolation, loses hope, all mirth.

Kierkegaard would get it, that’s for sure. Throughout Voiceless Love, rhythm gets roughed up, the lambs gets enjambed, the language often startles.

Johnny Payne is Director of the MFA in Creative Writing at Mount Saint Mary’s University, Los Angeles. His most recent book of poetry is Vassal. Forthcoming is the poetry collection Heaven of Ashes, from Mouthfeel Press.