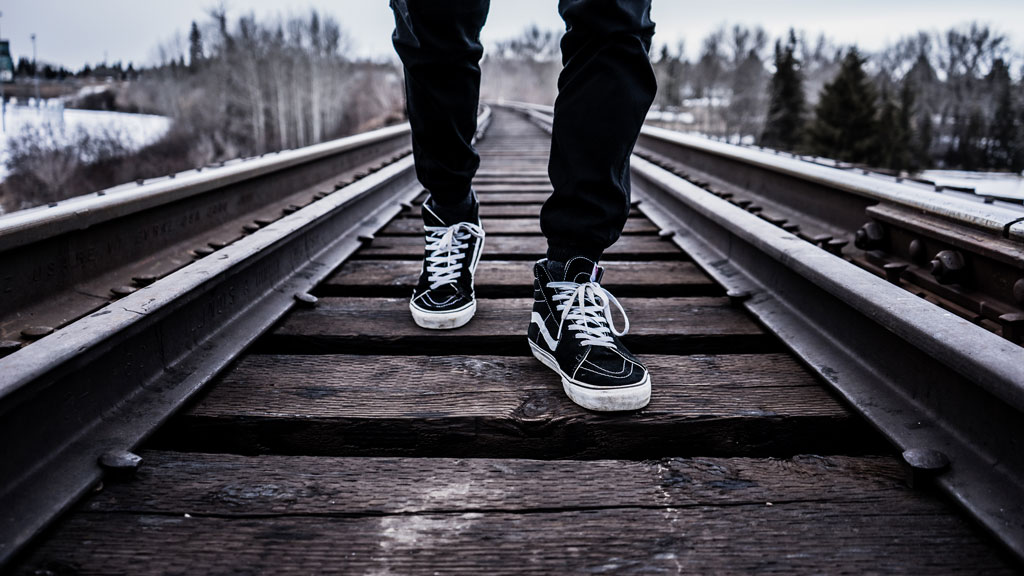 UNSTEADY ON
by David Wolf

Youth felt crooked then and feels crooked now. Not in the way that New York City (once home) is, was, and will remain crooked. In various ways and perhaps none, all depending on our expectations, asinine and understandable all at once. I sought to intensify my views on life as early as I could, as soon as I grew dimly aware of what that meant, jogging into the grey fuzz flying off the newly baseless conceptualizations, concentrating on a decaying tree here, a coarse cluster of beliefs there. Some of my strengths wane, some wax and those are some facts, I guess. These are patient reflections, awaiting sufficient ice to form on the semi-frozen pond of non-narrative, waiting for the body to give way to a story or two. I have encountered/endured many approaches to treating the great textbook themes: innocence and experience, conformity and rebellion, culture and identity, love and hate, life and death, given my line of “work” as a writer and a teacher of literature. “Every man is guilty of all the good he didn’t do,” said Voltaire, who used the word sturgeon at least once in his writing to my knowledge and likely stood at a window one morning watching the rain, thinking, I mean who hasn’t? Excuse my boyish ludicality. I was a boy and it could be that the child is father of the man. I guess I’m a man. Meaning. Am I watching memory fade, lift, hover to be reborn on the winds (in the drafts) of loving truth? What a zoo.

Just this morning I stood before the mirror, in suit and tie, tentative as a wolf, the happy fool of my household, poised before the exit door of time. I shut off the light and apologized for all my wrongs as my image reformed in the dark. I’m telling you, in this steady-severed voice of mine, that if you would like to see me otherwise, well… OK. Let’s go back to an earlier time, before the great dissolve of steam in that dream revealing glistening melons and the Great Schism and all the experiments of friendship unfolding in the cafés around the world as I slept. Baruch atah Adonai elohaynu melech ha’olam boray pri ha’gafen. I used to be better on ladders. I still advocate precision and find many technicalities tedious, but such is the warp and woof of nothingness. Toxic rivers course through the land of lost stewards. History remains etched sizably in the glossy mead of mind’s realization that six lacks the angle of seven, as I listen for some good news about my meager retirement funds. I’m not at the end of my rope. There is a gnat on the end of rope. Resting, I hope, and not dead. “Do insects sleep?” I asked my mom one day. We were driving in our Cadillac, passing the bank that held the savings account my grandmother started for me. “I don’t know,” she replied. “Are we rich?” I asked. “Upper middle class,” she replied. I think I appreciated her precision long before I taught the appreciation of precision.

What more can I say? That I’ve got it bad and that ain’t good? I could say that but as far as I can tell…relatively speaking. In the huddle I was told to go long and button-hook left. I reached for the poorly thrown pass and caught it. “The lake is like glass,” my father said, commenting on the water’s surface one summer morning. I was too young to know a cliché when I heard one. My brother threw a football into the lamppost in the front yard and shattered it. I was told to say nothing so I did. Let the words of my mouth and the meditation of my heart. Poems fell from the heavens of my imagination all week like banana-peel blossoms onto the linen roads and trippy waters. Which is why I am not a philosopher. Morning has broken, right on time, sooner or later. The cities still host scads of puritanical minds. It’s a free country, as they say. Lines are forming: on faces, in box stores, in well-read thoughts. Last night, lying awake in bed, I tried to reflect on all that had happened and all that was happening in the moment and all that would happen in the entire space-time blast of the universe (including the degree to which, the day after tomorrow, I might once more seek to transcend the fragmentary and meaningless quality of life) and my head almost… exploded.

And the broad countenance of settlers? What ideas, small and grandiose, blink behind the curtains of that frontier house once a face of the myth of, say, natal feelings? “You don’t have friends, you have a phone.”  “Together we’ll eat anything.” My niece said these things to her family, of her family. It was the holidays once more. Around us, meaning i.e., Love with a capital L was playfully shredding itself in the supremely financed wind tunnel of contemporary culture. What am I saying? Just another rendition of Tolstoy’s famous formulation, “The only absolute knowledge attainable by man is that life is meaningless.” Which may be why I dreamed last night of a gondolier asleep and adrift across the sea dreaming of scintillating, molten freeways. Contained and shimmering in eighths, the sky fell into the lunch tray of poetry. To the tune of “The Cost of Freedom.” Ash fell as well. “Ash.”  The nickname of she who is blind justice, the light in her eyes true as her badged soul pouring fresh petrol on the smoldering city on the hill. Don’t forget.

The pumps are failing somewhere, no? And the text within blanks, vague, off, sleep’s recovery left to night’s assistant overcome by epic relief. Most movies these days are trash, face it, why else would they be so grossly successful? The blood tries not for new highways to soak then fade with time and traffic. Moderation is something else, I tell you. I always park in the visitor slot because who isn’t just visiting in the grand slam of things. Nixon, the French, Janet Planet. Simply surprised as I write this, so I hope the surprise in this writer is felt by you, the reader, but there are no guarantees. Frost’s formula leaves us cold again. And so another chilly week began. Who knew how it would end, how the stocks would do. How popular the Formica counters would remain. I was all ears. I decided to behave, keep the thermostat low, put on a sweater and take a nap. I awoke in the same room (of either/or light). Miasmic chimes held forth between gusts dizzy with glacial information, trimmed with the presidential motto of Business before Nothingness. It was September, securely abandoned and dismembered as Connecticut whose profiteroles proved no match for the calm felines shelving the decision to surrender to…Ted Kooser, who said, “I’d like to be on record as saying that anybody can write a poem that nobody can understand.”

O ringless flings (for I am not a tree)—left my genetic fantasy at the formal, stumbling into the fog of the decentered structural so (un)consciously patriarchal and heteronormatively classist, racist, sexist, ever discursively historicized, colonial & eco-brutishly able… O. Pick up my guitar and play, just like yesterday, then I’ll get on my knees and pray…So I am thought, yeah, yeah, yeah. The ways of the snail came east, west, north, south, southeast, west-southwest (etc.) quickly as the holidays wound down to begin another year, finding us sprawled horribly comatose on a cracked patio strewn with canonical fodder and What ho! sniffed the saddened teachers in quasi-revelationist worship of poets and sages in bad light and some profession this is. I am waiting. I am waiting. 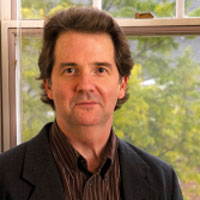 David Wolf is the author of four collections of poetry: Open Season, The Moment Forever, Sablier, and Sablier II.  His work has appeared in The Hampden-Sydney Poetry Review, New York Quarterly, Poet and Critic, River Styx, and elsewhere. He is a professor of English at Simpson College, where he teaches writing and literature and serves as the literary editor for Janus Head: Journal of Interdisciplinary Studies in Literature, Continental Philosophy, Phenomenological Psychology, and the Arts.