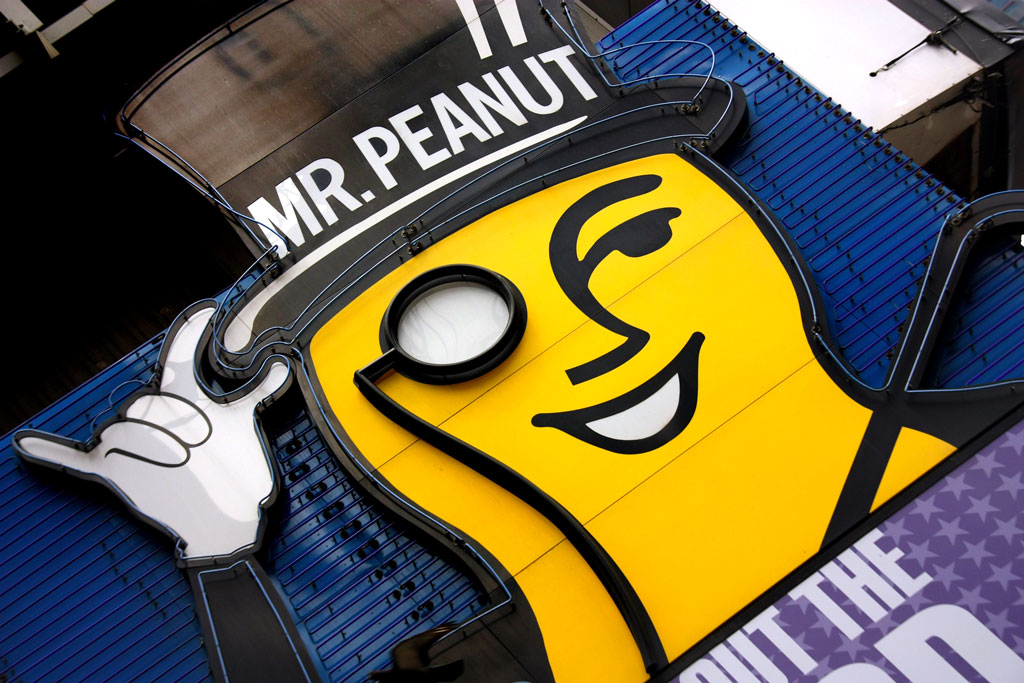 Instead of getting on the highway, Jake starts to drive deep into the woods, past the Savage Funeral Home and out 147, past Iona’s Country Bar. I can tell by now that this so-called spontaneous road-trip has been meticulously planned. I think, Iona’s in there, so is Lucky, so is Fran. I give a quick squeeze to my red rubber stress ball. Jake’s got his box cutter handy, for just in case we get into an accident and need it to free ourselves from our seat belts.

He says, tell me about your celebrity crushes, now and before. Go!

I say, well, I had a giant crush on Led “Zeppo” Zeppelin because he wore very tight pants and Larry Hagman…

Hm, says Jake, adding click sounds, almost not like a human, the way you’d expect an insect to talk if it were five foot nine inches tall.

…Larry Hagman in I Dream Of Jeannie with his military haircut but not in Dallas (too shallow). I show him my binder full of pictures of dapper Mr. Peanut, which luckily I have stowed in my duffel bag. I still totally have a crush on my one cousin who is a legit local celebrity, he’s in insurance. I surprise myself with how all in I am with this evolving excursion as I reminisce with Jake, our faces lit up by occasional headlights from oncoming traffic. Twiggy, Princess Grace. I would like to have dinner with Twiggy. I confide that I always swoon over actors playing the bad boy and sporting an F. Scott Fitzgerald haircut and champagne habit. I’d like…

Scott!—my companion yelps and immediately starts to melt into my grilled cheese sandwich. I start to intuit that being late for work at the Chef Boyardee plant is the least of my worries. But I like Jake. He has a great name. We’ve been dating for at least two hours.

Let’s call the two rowers Mary and Melody. Mary is on the left (L). Melody is on the right (R).

They are seated next to one another in their small boat, facing the center of Lake Harmony.

Count to establish a rhythm, begin.

You might remember at summer-camp as a youngster taking part in a “three-legged race.” This isn’t really like that. But it isn’t exactly not like it.

Mary brushes the right thigh of Mel, and Mel brushes Mary’s left shoulder-bone, where, underneath her calico blouse, it joins her arm.

Open your eyes, close your eyes.

Now you are well away from the shore.

You have chosen your partner with care.

The winner is not necessarily the team that finishes first. 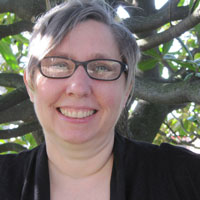 Valerie Fox’s most recent book is Insomniatic [poems] from PS Books, and her other volumes include The Rorschach Factory (Straw Gate Books) and The Glass Book (Texture Press). Her poems and stories have appeared in The Cafe Irreal, Juked, Sentence, Across the Margin, Hanging Loose, Apiary, West Branch, Ping Pong, and other journals. She has a chapbook, The Real Sky (Bent Window Books), which features art by Jacklynn Niemiec.