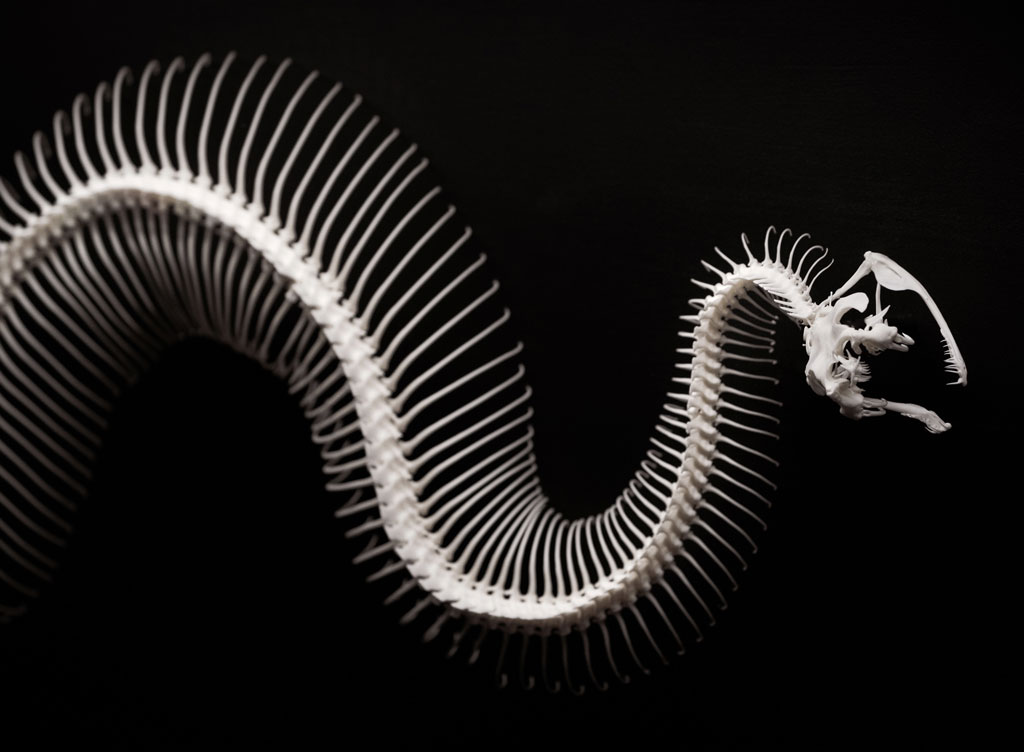 TRAIN FOR GLORY
by Roy Bentley

After the Washing of the Feet, an old woman gets up.
She reaches into a basket. Takes out a couple of snakes.
The sound of rattlesnakes? Pennies nickels dimes poured
from a Mason jar, if loose change was as unpredictable as
an Old Testament God or a job in a mine where generations
exhaust hope. She drapes a snake over each palm and thumb,
welcomes a show of fangs. The pleats of her skirt are starched
and each reptile, in turn, starts to rub against the crenellations.

Pleats may spark trust. But then the gospel of one-note hissing
isn’t music; though neither is the slamming of the screen door,
the loud exit of an unbeliever from Hemphill. Lose the snakes,
the congregant is my grandmother’s sister or might as well be.
Her hair is pulled up in a too-tight bun—now she motions me
onstage. I get up and go outside. In waist-high grasses tonight
in the hills are nations of snakes. Especially in mid-August.
But I should be halfway to Fleming-Neon before anything
venomous stirs in the wet dark washing my feet as I run.

Granny said it needed to arrive without delay, her train for glory.
I’m sure I know what she meant now. And I had some idea then.
At 7, though, I hadn’t ridden a train yet. Let alone one to Glory.
She watched Billy Graham Crusades. And made me watch, too.
Glory sounded like it was a town in her east-Kentucky girlhood.
Maybe it showed up, out of nowhere, like the preacher on TV.
I didn’t know how she existed, forever crying and raising her
hands toward the ceiling or longed-for Heaven. Calling out.

The way she did it, her brand of worship, if it had been washing
on a galvanized washboard then she would have rawed her hands.
I didn’t imagine this applied to my life. I hadn’t earned damnation.
I brought her the last unopened can of peaches from the kitchen—
Glory Foods produced peaches and I thought it would be funny.
I handed her those and she went back through what she’d said
about Glory. She got the joke—because she waved the can.
Said the opener and spoon would be the last word on that. 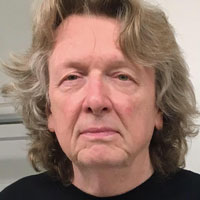 Roy Bentley is the recipient of a Creative Writing Fellowship in Poetry from the National Endowment for the Arts, and fellowships from the Florida Division of Cultural Affairs and the Ohio Arts Council. Books include Boy in a Boat (University of Alabama, 1986), Any One Man (Bottom Dog, 1992), The Trouble with a Short Horse in Montana (White Pine Press, 2006), Starlight Taxi (Lynx House Press, 2013); as well as Walking with Eve in the Loved City, a finalist for the Miller Williams Prize and due out from the University of Arkansas Press.