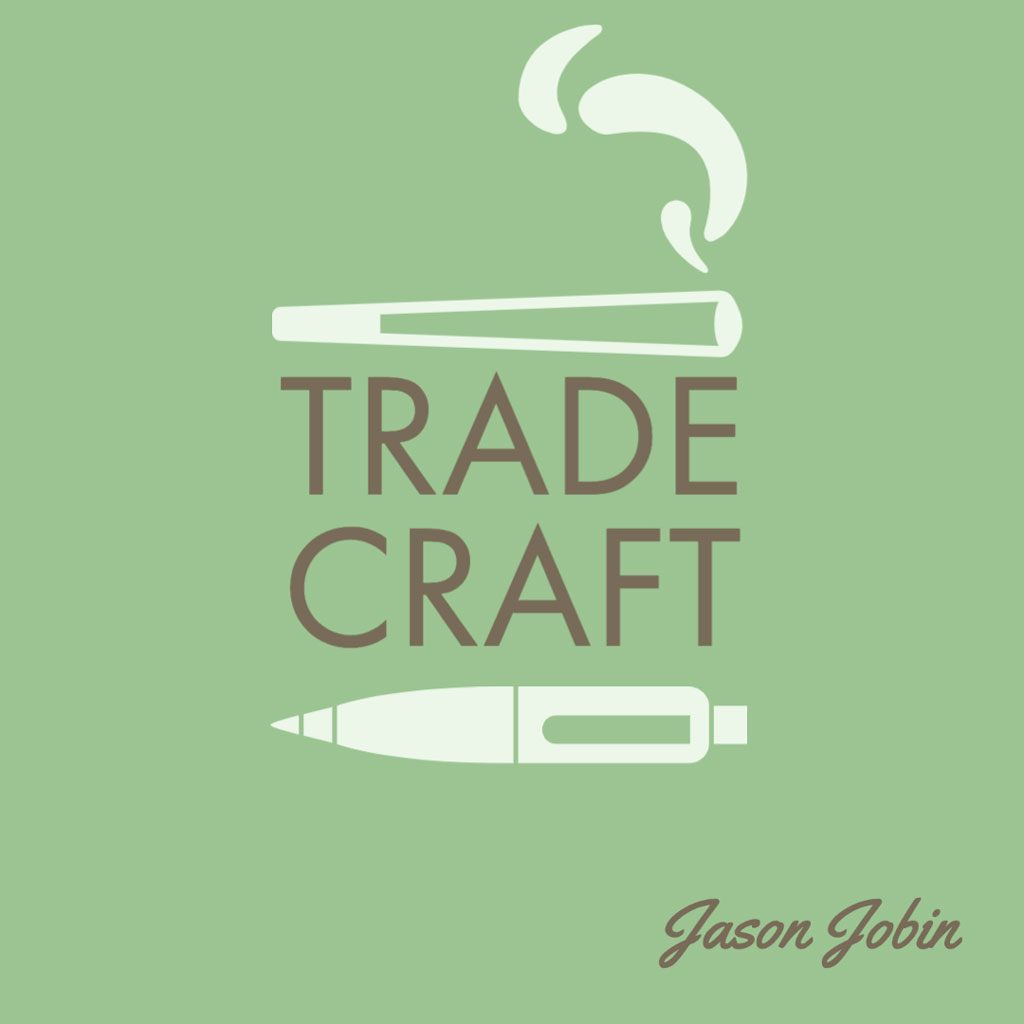 On the walk home from the bakery, spelt loaf in hand, I look back—because this is the part of town where you look back—and see a guy. He’s late thirties, soft looking, salt and pepper hair, very familiar. Familiar from where? He doesn’t make eye contact, but if he was a serial killer, would he? A real serial killer would feign disinterest and appear much like a normal stranger, maybe even exactly like a normal stranger. I run the rest of the way home. Safe in my room with all the doors locked, I roll a joint and blow the smoke out the window, stinking up the whole place, too worried to go outside. It’s rude to smoke inside. If it wasn’t an extreme circumstance, I would never. And then I roll and smoke another joint, and another, and another, and try to sleep. Who was he? I recognized him. From where? Memory so bad of late. Has he followed me before?

I begin to get concerned.

Smoking on the apartment’s stoop the next morning, I get concerned for real. What’s the deal with this killer? I’m barefoot on the concrete in front of our door. Cold rain starts to fall, the wind-blown drops landing on my toes.

My lungs ache. Breathless. Black goo. All that paper and resin. I keep burning my lips.

But this serial killer. I get to thinking about how he’d attack. My roommate, Angie, wouldn’t be able to save me. She manages the vagina waxing place downtown, and is a saint, but she’s no martial artist. This killer probably came up in the clandestine services. Tours in the Middle East. Wet work squads. He’ll glide in during the darkest stage of night, having watched me for weeks, months even, and no one will stop him.

I start sleeping with an old utility knife under my pillow. A birthday gift from my dad. There’s black tar on the blade from when I use it to scrape resin from pipes. The first night, I keep the knife folded closed under the pillow. The second night, I keep it open.

If you want to be high all day every day, it’s important to plan ahead. Have water, rolling papers, already busted up flower, at least five lighters, bagged snacks. Small sober patches need to be sprinkled throughout the week for grad school. It’s getting difficult. Brain fog. Lethargy. The killer always on my mind. First semester I write epistolary stories where the protagonist runs over a child with their car and is awaiting trial and writing deep meaningful letters to the kid’s parents. Because that’s how you heal.

I’m forgetting more and more words when trying to talk to people. Easy words. Basic nouns like road or pomegranate. Writing’s still going okay, at least. Novel progress. Ideas. But feeling like a fake writer, basically just copying Dave Eggers’ A Heartbreaking Work of Staggering Genius, and it’s so fucking obvious, all the stuff I’m stealing from that, and anyone who reads the book will know and shame me. Usually writing at like 3 a.m. or later, the single lamp hot on my eyes, weird auras on everything.

I try quitting weed. Again and again, I try. It’s disgusting. Smoke so hot it hurts. Marks on my teeth now. Can’t remember the day of the week. And when I run out, kneeling on the carpet looking in the fibers, sure I dropped some earlier, at some point. Running a playing card or knife along the inside of empty bags—the knife works better, yellow crystal dust in a thin line down the blade, carefully scraped into a pipe, so strong, reeling. But no one at school has mentioned anything. They are so kind to me. And as long as I keep the knife under my pillow and stay vigilant, as long as I consider all the angles, I’ll get through.

The killer might be in for a surprise. Can he possibly know I grew up reading every Tom Clancy novel in print? Devouring them. Tradecraft, reversals, secret skills.

I start to place a door trap when I leave the apartment. In case the killer wants to sneak into my room. What you do is: take a small bowl, fill it with loose change, and when you leave whatever room you don’t want someone snooping in—the door must open inward— you close the door most of the way, kneel down, and put the bowl of coins against the door such that anyone who opens it will knock over the bowl. But this isn’t everything, no. Leave one coin on the carpet next to the bowl.

We’re studying the short form with Lorna Crozier. She’s brilliant, gentle in the right ways, firm in the right ways. Her husband comes in and says I look like a novelist, and it’s the best thing anyone’s ever said to me. The other students are smart and can talk about technique and publish in journals. I try to keep up, writing weird shorts about a drug dealer who made us smoke weed off a homemade contraption of blowtorches, shorts about brewing vodka in university bathtubs, shorts about the girl I had a crush on in 5th grade telling her mom, in front of me, that I was the class clown, and how that felt unfair, and good, and mean.

The paranoia stays. I know they are delusions by now, but I’m still afraid. Knowing, and still. Each day when I get back from the university, I check the coin-bowl and the single coin on the floor, and each day it is unchanged. No one has been in my room, no girls, no friends, no one. Sometimes I forget about the trap and knock the coins everywhere, unable to know for sure if, that one time, the killer had been in there.

Squads of spiders are the only thing sneaking into my room for sure. There must be a gap somewhere, in the window, in the baseboard heater. Big spiders, maybe the size of a tablespoon, are invading. I’ll sometimes feel them on me in bed and have to get up, turn on all the lamps, and put socks on my hands to smash them. It’s the thing where you have a vague sensation something is on you, a brush, a tickle, and then rationalize that, no, it’s nothing, nothing is on you, but recently, when I’ve turned on the light, there has been a real spider. The spiders are real.

The spiders are real.

I almost never leave the apartment, and when I do socialize, like at a bar, I black out. Sometimes also doing cocaine with an old Whitehorse friend who is in Victoria for school. He gives it to me for free because he knows my brother or he feels sorry for my having had cancer, maybe, I don’t know. And then me and him and whoever else is there will yammer and talk circles for an hour, the drip in my throat a split-open battery, and then we do more cocaine, and so on, in the way of cocaine, until much later, and then it’s morning and I’m back at the apartment in my room, naked, grey light spilling through the blinds, and I’ve peeled an orange and impaled it on my thumb and I just sit staring at it, unable to blink, sticky juice down my arm like thread. 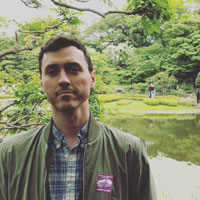 Jason Jobin was born and raised in the Yukon. He completed an MFA in writing at the University of Victoria. His stories have won a National Magazine Award and been anthologized in the 2018 and 2019 Writers’ Trust/McClelland & Stewart Journey Prize. He has been a finalist for American Short Fiction’s Halifax Ranch Prize for Fiction and The Fiddlehead’s Short Fiction Contest. He won The Malahat Review’s Jack Hodgins and Far Horizons awards for fiction. Jason was longlisted for the 2018 CBC Nonfiction Prize and shortlisted for the 2020 Commonwealth Short Story Prize. He is at work on a novel, a memoir, and a collection of stories.