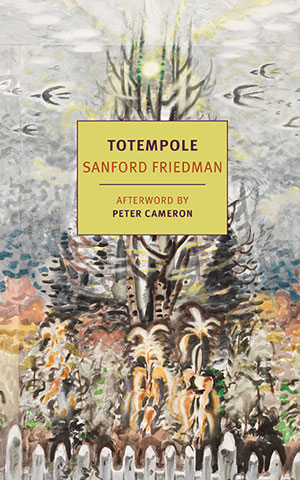 It is commonly held that the figure at the base of a totem pole is the least significant, but if we are to believe the young craftsman-cum-love interest of Sanford Freidman’s protagonist, Stephen Wolfe, this figure is the most vital, as it provides the final chapter to the structure’s story.

Originally published in 1965, Totempole was revered and reviled for its unbridled depiction of a bourgeoning homosexual at a time when such themes were limited to the context of a cautionary tale. Unless the protagonist arrived at a much deserved tragic end, such works were thought to encourage morally untenable behaviors and corrupt the reading public. This work, however, provided a beacon of hope for those who thought themselves condemned.

Totempole has resurfaced roughly every twenty years or so since its initial publication. Currently, under the NYRB imprint, contemporary audiences are introduced to an author whose uncompromising voice failed to adhere to the mores of his time—yielding a work that will continue to materialize, in all its verdurous splendor, irrespective of the climate in which it emerges. While perhaps no longer unprecedented, this cri de coeur will doubtless appeal to the sensibilities of a readership confounded by the censure of an unforgiving world, as its greatest asset is not its much-heralded ability to disquiet. Rather, it is its ability to offer hope. And perhaps now, in the twilight of a transition towards greater acceptance and equality, its pages will prove more accessible to a wider audience, allowing it to finally achieve the recognition it deserves as a work of stunning emotional integrity and profound psychological depth.

Much like the totem pole featured in the text, Friedman’s novel unfolds with chapters represented—with one exception—by a variety of animals. In “Horsie,” we are introduced to Stephen, aged 2, who is stirred one night by the scent of manure wafting from the Seaside Riding Academy directly opposite his family’s summer rental in Seaside, New Jersey. After failing to squeeze through the bars of his cradle, he removes his pajama bottoms and, identifying an odor he associates with the horses, begins searching excitedly within his crib for “horsie.” Discovering only his stuffed monkey, “Oscar,” he admits defeat and fondles himself to sleep while muttering “Horsie…Dadda…Stephen.”

The Wolfes belong to a class largely exempt from the impact of the Great Depression. At a time when shantytowns, or Hoovervilles, line the riverbanks of Manhattan, the Wolfes continue to enjoy summers in a resort community along the Jersey Shore and maintain hired help in their apartment on the Upper West Side. Clara, their servant—occasionally referred to as “the schwartze” by Stephen’s parents—is of the exhausted Magical Negro variety, commonly found in American film and fiction. Nevertheless, her generous portrayal—exaggerated colloquialisms notwithstanding—reflects the author’s attempt to consistently endow the persecuted with an abundance of redeeming qualities. Stephen’s mother, however, is a neurasthenic homemaker who does little homemaking and, instead, spends much of her time playing mah-jongg, while his father, a volatile presence and source of erotic fascination for Stephen, “works in New York.” 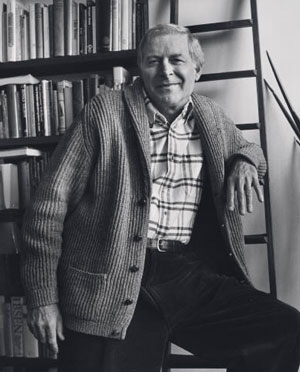 Stephen’s final summer at Seaside culminates in the construction of a castle that, he hopes, will withstand the tide and serve as a monument to a recent shipwreck, in which hundreds of lives were lost. Stealing away the following morning to catch a glimpse of his efforts before returning to the city, he observes only vague traces of his fort. Seated in despair among the sodden ruins, he remains idle as the mounting tide surrounds him. Waist deep, he longs to be ravaged by the ocean as completely as his castle, until there is “nothing left of him but a little brittle fingernail lying on the sand.” Surrendering to the restless ebb and flow, his sense of loss is sublimated into reconciliation—recalling the many gifts the ocean has given him all these summers: shells and surf-sanded glass of varying shades, “sapphires from Vicks and Noxzema jars, emeralds, zircons and aquamarines from ale, beer, Coca-Cola bottles.” Whereas previously he regarded his marine collection as something sacred, refusing to part with a single treasure, his mother is delighted when he remarks that his collection will not be returning with him to the city this year.

From an early age, Stephen exhibits that uniquely Jewish neurosis perhaps most fully, and endearingly, captured by Woody Allen. For example, “Almost the first thing he ever did upon entering a stranger’s house was to inquire about its lightening rod.” His sexual awakening occurs at the age of nine during a summer spent at Camp Potawatomi for Boys in Northfield, Maine. It is while swimming himself to exhaustion that he endures a form of oxygen deprivation resulting in a paroxysm-inducing climax. Eventually, he is better able to reproduce the experience by entertaining thoughts of his father “without pajama bottoms.” It is also during this period that he is scorned by his first love, Hank—a counselor 10 years his senior, whom he assists in the construction of the totem pole. While his love is not unrequited, Hank has the propriety to discourage Stephen’s coquettish advances.

Friedman offers what should amount to shocking glimpses into the development of a profoundly conflicted homosexual, but this response is essentially neutralized by the heartbreaking vulnerability with which Stephen is rendered and we forgive him his faults as they continue to mount.

As his shame develops in proportion to his growing awareness of his sexuality, a once neglected incarnation of Oscar serves as a talisman, which he takes with him to college—where he majors in drama and attempts to date a member of the opposite sex—and eventually Korea, where he falls in love with a POW. 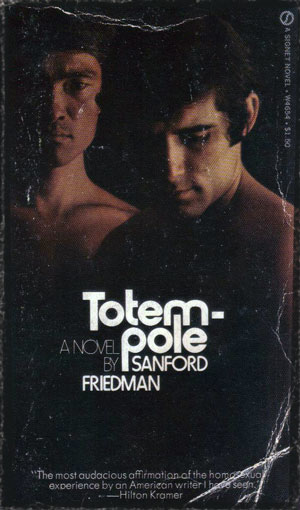 In surrendering to a love that resembles the exchange intimated by the ocean, Stephen relinquishes the guilt that left him feeling like the “disgusting and degenerate” monkeys he observed at the zoo as a child (until their perverse compulsions seemed to reflect his own and he could no longer endure the sight of them).

While Stephen’s sexuality is a primary theme in Friedman’s coming-of-age work, its appeal should not be limited to the community the protagonist belongs to. The lessons derived from this work are universal in their application and the foreground—opaque wars, economic collapse, racism, and persecution based on sexuality—will undoubtedly resonate with a contemporary audience.

In the novel’s closing chapter, strolling through a Korean market with his translator, Stephen encounters a witch seated cross-legged behind an assortment of jars containing rodents steeped in formaldehyde. His translator expresses disgust at the woman’s shameless attempt to exploit the ignorance of their people: “Lady no witch: business woman… Sell superstition.” Later, Stephen returns to the market and the woman’s stall, accompanied by Sun Bo—his lover. Extracting Oscar from his pocket, he deposits the now “extraneous” object on the counter—as though to imply the shame he once felt is now as inconsequential as the impotent charms and formulas that occupy her table. And much as the totem pole erected by Hank ends with a man, so too would it seem that the closing of this chapter results in the emergence of Stephen the man, utterly devoid of the self-limiting fears and insecurities that prevented him from finding true happiness. 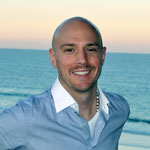 Derek M. Brown is an English major at Columbia University. He is also a singer/songwriter and performs regularly throughout New York City.