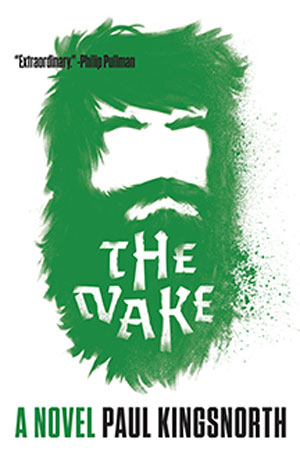 As I write this, the white half of the world is up in arms about a lion, killed on the other side of the globe. Black protestors in Ferguson stand in lines, chanting the names of the dead. Videos are released of police officers assaulting, maiming, and shooting unarmed black citizens. The temperature soars to 165 degrees in Iran. This summer has been too hot, a climate sweating for change. It is the oldest story: the new idea comes, and grinds the good old world into dust. And another idea on top of that, invaders with new languages and new philosophies.

Not all new ideas are good; genocide is one of them. We’re still seeing the systemic elimination of natives from their own land, in the United States and elsewhere. Sacred tribal lands are sold to copper mining companies. Lakes where gods once rose to give prophecy, poisoned by industrial waste. The crushing disappointment of our modern losses is brought to life in The Wake, which takes place in England in 1066 A.D. Awakened to the impending disaster of the Norman Invasion, Buccmaster of Holland begins to have visions of the Old Gods, which call him to fight back against the invaders and restore England to her former glory. Wake means “watcher,” and like the Buccmaster, the reader is compelled to watch the persecution of native English people by the army of Guillaume le Batard.

If this seems dry, consider that the novel is written in an imaginary language, an invented cousin of Old English, that sticks in your head like amber honey. Reading 365 pages of this stuff is akin to taking psychedelics—Cormac McCarthy, in the Middle Ages, on acid. The language requires total immersion in the novel, and casts a spell that is totally engrossing: 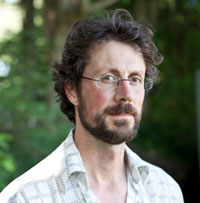 So read that. Out loud. Kingsnorth’s story is simple, which allows this language to take center stage. Kingsnorth’s reasoning was a defense of his subject: “The way we speak is specific to our time and place. Our assumptions, our politics, our worldview, our attitudes—all are implicit in our words, and what we do with them. To put 21st-century sentences into the mouths of eleventh century characters would be the equivalent of giving them iPads and cappuccinos: just wrong.”

It’s a high-stakes move for a writer, especially a first-time novelist. The result is an incredibly moving story that asks a great deal of the reader, and delivers the same enchantment I felt as a child, knee deep in Narnia and completely alive to the imaginary world in the pages between my hands. Only a few other writers have successfully pulled off the “invented language” trick, among them Cormac McCarthy, Keri Hulme, James Joyce, and Riddley Walker. Arguably, none of these are truly manufactured languages, in the sense of Klingon or Esperanto. But they create the same effect of linguistic saturation, drawing the reader into the world of the book.

After losing his home, family, and holdings, the Buccmaster gathers a small group of men from mixed backgrounds, takes his grandfather’s sword, and declares war on the French. It’s a fool’s errand, and knowing enough about British history, a failed one. But all the same, the rich telling of it makes us wish, maybe, for a different ending. We want Braveheart, we want Disney. We don’t get what we want, and neither do the English. The Wake is pitiless in its honesty.

But it’s not without humor. English speaking people haven’t changed much in a millennium; there are fart jokes, and sex jokes, and the shared happiness of summer parties. Although The Wake is bleak, and hopeless, there are some rays of sunshine, and they are sweet, and needed.

a great black fugol it was not of these lands it flown slow … its necc was long its eages afyr and on the end of its fethra was a mans fingors all this i seen clere this was a fugol of deofuls.

Kingsnorth is a brilliant translator of this difficult period in history. His words bring to life a time that is both lost and still living all around us. You, in your comfortable computer chair, whose land are you on? Do you know who you’ve replaced? Are you ready to hear what those people have to say?