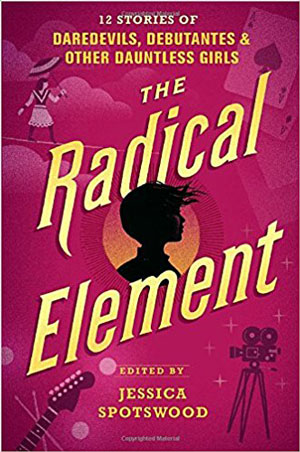 The Radical Element: 12 Stories of Daredevils, Debutantes, and Other Dauntless Girls is an anthology of feminist fiction, celebrating what editor Jessica Spotswood calls in her introduction the “quiet badassery” of young heroines taking charge of their own identities. This collection is a follow-up to A Tyranny of Petticoats: 15 Stories of Belles, Bank Robbers, and other Badass Girls, also edited by Jessica Spotswood. Similar to the first volume, the pieces in The Radical Element span a wide range of historical time periods and geographic locations, from 1838 Georgia to 20th century Boston. A brief author’s note follows each story, with additional information on the historical context or the inspiration behind the work.

The writing of the stories is strong, with each of the dozen authors contributing her own unique voice. The short format strikes a delicate balance between providing enough historical background to bring the world to life without overwhelming the reader with an excess of exposition. The real richness of this collection, however, comes from the characters themselves, who are as diverse as the settings of the stories. The theme for the anthology is the idea of “girls who were radical in their communities, whether by virtue of their race, religion, sexuality, disability, gender, or the profession they were pursuing,” and so our heroines come from all cultures and backgrounds, often overlooked or excluded demographics.

This large cast of girls inevitably included contrasting qualities, resulting in an especially valuable message: there is no wrong way to be a woman.

This large cast of girls inevitably included contrasting qualities, resulting in an especially valuable message: there is no wrong way to be a woman. Characters in several stories are direct opposites: Rebekah, in Dahlia Adler’s “Daughter of the Book” is fiercely Jewish and fascinated by the parts of her religion forbidden to her, while the heroine in Mackenzi Lee’s “You’re a Stranger Here” has a more nebulous relationship to religion—Vilatte questions her commitment to the Mormon faith after the community is attacked. While their views are very different, the reader can understand and empathize with both.

Some of the stories reject the compulsory heteronormative love story, featuring no romantic subplot at all. Others sidestep a male love interest, such as in Marieke Nijkamp’s “Better for All the World,” when Carrie disregards the attention of a boy and focuses instead on her dream of becoming a lawyer. Other stories, however, do include romance as part of an acceptable ambition, and Jessica Spotswood’s “Step Right Up” features a queer heroine. 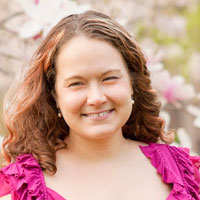 Some of the characters are traditionally feminine, like Graciela from “Glamour” who dreams of overcoming racism in Hollywood to achieve stardom, or more masculine, like Ray from “The Magician” who dresses as a boy to work on a steamboat and beat the other dockworkers at poker. In addition, none of the girls’ struggles are belittled, and none of their aspirations are dismissed as trivial. Acting as a spy for the Union during the Civil War is presented as equally valid as performing in a talent show in hopes of becoming the next Miss Sugar Maiden. Through all these opposing examples, the collection as a whole demonstrates that there is no one right path or set of behavior that a girl must follow to have a successful or fulfilling life.

A final noteworthy element of this collection is the way in which many of the pieces end on a high note of rising action, leaving the resolution unfinished. We don’t know what will become of Rosemary’s I Love Lucy script in “The Belle of the Ball” or if the prison break in “Lady Firebrand” will be successful. Instead, they end on a moment of firm resolve for the future: while it may be uncertain, these girls are going to face it with confidence and courage. In today’s social and political climate, it can be heartening to have the example of these determined heroines to follow. While we may not know exactly what is to come, all we can do is keep going with the hope that the encouragement offered in “You’re a Stranger Here” applies to us too: “There are far, far better things ahead than any that are behind us.” 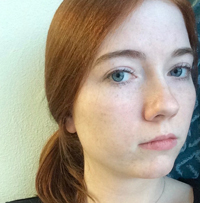 Maureen Sullivan is currently studying English literature at Cornell College. She is a managing editor of the campus literary magazine, Open Field, as well as working on her own short fiction projects.