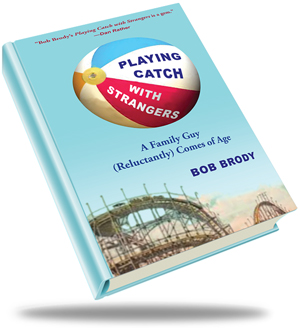 Most mornings I lie in bed wondering how I can summon the courage to get out from under my big, warm comforter. It seems to be the only thing protecting me from the harshness of this ceaseless winter and the bitter talk that plagues our land. Over the course of the past year, our nation’s Talker in Chief— and the media in general—have encouraged us to despise foreigners, hate losers, question the motives of practically every man we’ve ever met, transform our neighbors’ health care subsidy into a tax break for the wealthy, and offer our children as targets for assault weapon enthusiasts. If you’re not endowed with a strong sense of irony, it can be hard to summon a smile.

Since today’s newspapers rarely have the resources to support journalism that’s more than skin deep, I’ve been reading books to help me through this dark cultural period. I read with the hope that I’ll learn something to help me cope with the meanness around me, to escape from the meanness completely, or to simply help me figure out how so many normal people suddenly turned so crazy. As part of my therapy, I started reading Playing Catch with Strangers: A Family Guy (Reluctantly) Comes of Age by Bob Brody. The title alone is intriguing considering that the contemporary environment provides an object lesson in how to avoid catching anything from strangers—including empathy, insight, or any form of knowledge. Since Brody is the adult child of two deaf parents, I was also hoping he might offer some tips on how to communicate with those who cannot hear us. Today, practically all of us must address someone who falls in that category—though the state is seldom biologically induced, as it was in the case of Brody’s parents.

Playing Catch with Strangers consists of a long series of short essays. Most were written for print or online publications and not originally intended as book chapters. They are clean, straightforward, and easy to read. They are also salutary—in the sense of promoting better mental health and positive emotions. Brody reminds us of the many gifts that life offers to those who pay it close attention. 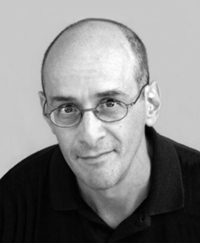 If you’re immersed in the national dialogue, you may have come to believe that no one loves anyone anymore. Or: that your value is determined solely by the billions in your bank account—which eliminates most of us from the value equation altogether. Brody, however, offers readers accounts of his deep love for his children, boundless affection for his wife, and late-blooming appreciation for his talkative mother-in-law. Instead of hurling smack talk at foreigners, he revels in the ethnic diversity of Queens and explains how much he admires immigrants and their basketball ethics. All this approbation is not some weird product of a perfect life.  Brody describes fumbling around in the early part of his career and surviving a recession layoff. Because his parents were both deaf, he also spent a lot of time searching for clues that he was, indeed, understood and loved by them. As a kid, he struggled to create a bond with his emotionally distant father. He found it hard to escape the role of interpreter when his mother made him play that role too often.

Yet Brody is not bitter. Even his worst grievances are modest in tone. Though the author is a New Yorker through and through, he sets a vivid counterexample to our nation’s Talker in Chief. Brody is not boastful; he is not harsh. He sees how the melding of cultures has shaped powerful, harmonious communities in parts of New York where ethnic tensions might have turned combustible. When he encounters parents who fail to—or don’t know how to—encourage their children, he tries to model good behavior instead of insulting them. The essays that describe how Brody helped his kids overcome basic fears are especially endearing. Although he discusses the ever-present barrier that separated him from parents who could not hear, Brody clearly committed himself to leveling any walls between himself and his own children. He even devoted a now-defunct blog to his children called Letters to my Kids.

The most refreshing thing about this book is the easy way that Brody expresses his love for the most important people in his life. In “A Word of Thanks,” he writes to his daughter, Caroline, saying, “Your brother showed me how deeply I could love someone new, and you’ve shown me I could love someone else new just as deeply. In a single stroke, you doubled everything.” In another essay, “The Miracle of the Pies,” he pays homage to his deceased mother-in-law, who left some of her homemade pizza pies in the freezer before she died. Brody writes, “I’d eaten her pie every spring for more than 20 years and they had always tasted good. But now, flavored with grief, the pie tasted better than it ever had. It was as if I could somehow taste the essence of its maker, her spirit, her soul.  I’d never felt so deeply my love and gratitude for her.”  It’s hard to think of a current book where a male protagonist so thoroughly appreciates the people around him. Today’s non-fiction bestseller list displays authorial obsessions with conflict politics, serial killers, cults, and plain old death. Brody celebrates life instead.

It’s hard to think of a current book where a male protagonist so thoroughly appreciates the people around him. Today’s non-fiction bestseller list displays authorial obsessions with conflict politics, serial killers, cults, and plain old death. Brody celebrates life instead.

Although I like hearing a man discuss deep sentiments so bravely, I wish an editor had sculpted the essays into a better-defined story arc. Some pieces are written in first person and some in second person, which creates a few awkward reading gaps. While I value what I’ve learned about Brody’s childhood in a household governed by deaf parents, I was also hoping to hear some self-reflection on how that experience might have shaped his character. He does observe that becoming a writer gave him a more reliable vehicle for communicating with his mother. Yet I wonder if having deaf parents made him more amenable to people who live outside the mainstream—like the immigrant basketball players in Queens. In a feat that would challenge most of us, those non-English speakers have only their bodies and their game to convey toughness, skill, and diplomacy. Maybe one day Brody will write an addendum that provides a deeper analysis of his experience. In the meantime, I’m happy to have the gift of knowing that not all New Yorkers are blowhards, not all men are ravagers, and not all fathers pack their children off to China to strike trade deals. I think I knew these things before winter began, but it’s comforting to be reminded.

Colleen Davis is a Pennsylvania writer and author of the website Between the Pond and the Woods, which provides information and a Facebook forum for dementia caregivers. Her writing has been featured in Making Sense of Alzheimer’s, Elephant Journal, and on episodes of the television documentary  Philadelphia: The Great Experiment.