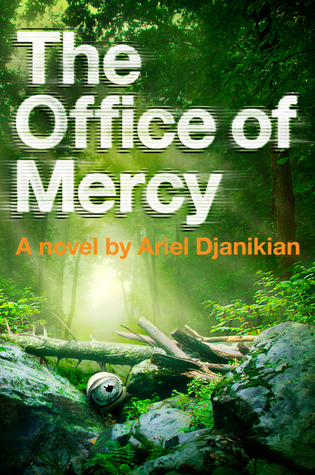 THE OFFICE OF MERCY
by Ariel Djanikian
Viking, 304 pages

I had the good fortune of reading Lawrence Wright’s Going Clear: Scientology, Hollywood,and the Prison of Belief immediately before picking up Ariel Djanikian’s debut novel, The Office of Mercy. While Wright’s nonfiction account of a minor religious movement is, on the surface, seemingly far removed from Djanikian’s novel about a futuristic American settlement, the two books share much more in common than anyone could initially believe.

In particular, Scientologists and the America-Five residents in The Office of Mercy are equally concerned with the ethics of their individual movements. But both groups have arrived at ethical standings far removed from what a contemporary American majority would define as acceptable. While Wright narrates numerous confessionals about physical and emotional abuse in the Church of Scientology, Djanikian introduces readers to the “sweeps” of America-Five: these carefully planned strikes eliminate Tribespeople who live “Outside” – that is, beyond the enclosed settlement of America-Five or similarly numbered settlements established after a globe-altering event known simply as “the Storm.” 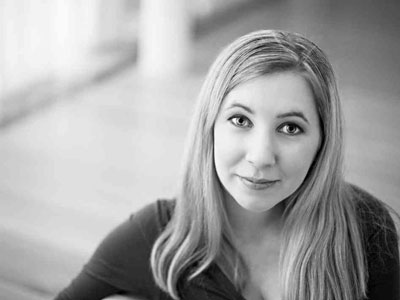 We learn about America-Five and the titular Office of Mercy through inhabitant and office employee Natasha Wiley. Natasha is an Epsilon, a name that defines her generation of America-Five residents. Children aren’t born at America-Five, but developed and created there, and only when the settlement has enough capacity to welcome a new generation to the fold. Natasha, though, begins to question a fundamental issue to the sweeping of Tribespeople and the creation of children: namely, why are the many tribes outdoors killed instead of welcomed inside? And why is a new generation of children (called the Zetas) being created in the presence of routine death?

Natasha, naturally, begins to seek out answers and run into problems she wasn’t anticipating. I won’t spoil the story’s many twists and turns here, except to say that it’s briskly paced and captivating. But what elevates it beyond a story simply well-told – which itself is a good reason to recommend Djanikian’s novel – are the novel’s loaded politics. Like the best science fiction, the world building is clear and encompassing, but the parallels to our contemporary culture are equally bright.

While America-Five’s medicinal and technological advances can only exist in our imagination, the ongoing debates in the novel about “sweeps,” coupling and childbirth bring to mind similar debates about drone strikes, gay marriage and abortion. While America-Five is a startlingly advanced culture, its politics often feel all too real and familiar. Djanikian places us in a story that divorces us from partisanship, punditry and known authority figures. This allows the conversations to be, in a way, more direct than they ever could be in our current political climate. The issues are deep and thorny, but the conversations in the novel are clear and direct.

I should note, though, that Djanikian never lectures her reader in the unfolding of this knotty novel. It’s a credit to her and her world-building that the plain awfulness of America-Five’s sweeps become increasingly complicated over the course of its 304 pages. Natasha struggles with such issues early and often. Djanikian writes, in chapter three:

A muffled sob broke from Natasha’s chest into the hard mattress. Poor people. Poor creatures of Earth. It was terrible. A terrible design that would allow suffering to flourish, and make pain and dying essential gears in the machine of life. To imagine that a benevolent God had made such a world! (Because for centuries their ancestors had all thought so.) Once Natasha had asked Jeffrey about it, about religion, and according to Jeffrey, the pervasive belief in God actually revealed a great deal about Pre-Storm times. The religions of that era, Jeffrey had said, were almost always concessions that pointed directly to the violent nature of living itself; and concessions that exposed more than anything else the defeat that once had lived in every human heart. Their poor ancestors, much like the Tribes, had not wielded a power even remotely comparable to the power of the settlements to put an end to suffering and death. And so, Jeffrey had explained (he explained now, his voice soft and soporific in Natasha’s mind), their ancestors had done the next best thing, they had colored their doom with a sense of purpose. They gave to suffering the aura of the divine; they gave it a witness and a reward; and to death, they granted a nature inverse of truth – calling the end a beginning.

Indeed, Jeffrey and Arthur and the Alphas – all, to various degrees, Natasha’s superiors – are so engaging and persuasive because America-Five has engineered language to be on its side. While Djanikian’s science fiction world is fully shaped and real on the page, the truly important world-building comes in the explanations that the settlement has built to create, defend and continue their controversial way of living.

This very aspect of the novel – the wielding of language as one’s greatest weapon – is what immediately made me link Djanikian’s novel to Lawrence Wright’s nonfiction writing about Scientology. And it’s this obsession with language that allows The Office of Mercy to be something greater than a gripping thriller, and explains why every review I’ve read is quick to compare it to both Suzanne Collins’s The Hunger Games and George Orwell’s 1984. This book is at once a crowd-pleaser despite its despair, and a paean to language that engrossed me above and beyond the thrills of Natasha’s adventures.

John Carroll has published fiction in Philly Fiction 2 (Don Ron Books), Versal, Interrobang!? and The Battered Suitcase. He received his MFA in Creative Writing from American University in Washington, DC. He completed his undergraduate studies at the University of Pennsylvania in Philadelphia, where he was born and raised. He is a former staff member of the Kelly Writers House, as well as the former Arts and Culture Editor of the Philadelphia Evening Bulletin. He currently blogs at OhJohnCarroll.com, as well as maintaining the Poetry, By Google Voice web site.