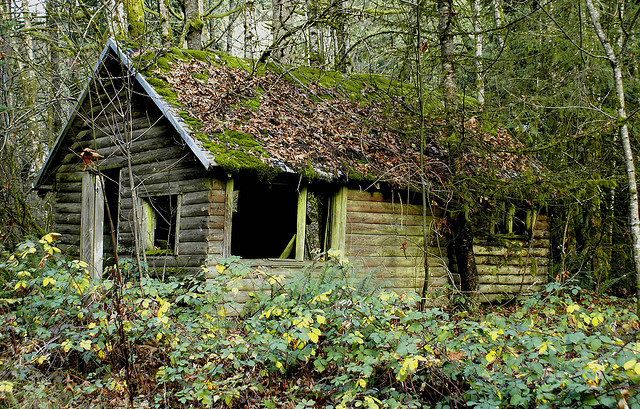 “He was never a nice man,” she confessed, rolling her stockings slightly below her knees. “Nobody liked him much, not even me.” Through the screen door, I can see my great-grandfather swinging an axe at a scrawny pine, ducking invisible branches as he works. No one can tell him to stand up straight, he’s not tall enough to hit his head. No one call tell him we don’t need any firewood, it’s July.

The air up here is heavier than the whole mountain, blackberries on the bush shriveled and abandoned by the birds. He gathers what’s left. “Don’t you eat any,” he warns, teeth stained purple with juice. “There isn’t enough.” When the lake dries up, he makes a list of possible suspects: me in my bathing suit; pipe tobacco sneaking into the well again; the fat water bug squashed beneath his fishing boot.

Sometimes, the crumpled form on the side of the road turns out to be a cardboard box or an abandoned tire. Sometimes, it doesn’t. The animal lying there might have been someone’s dinner. Someone’s mother. It might have been someone’s pet. Try not to think about this as you zip down the highway, fifteen miles over the speed limit, fiddling with the radio. This is what death looks like: blurry and frozen and over before you can crane your neck to determine what it used to be. 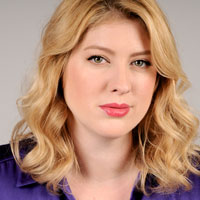 Lauren Hall’s work has appeared in NANO Fiction, The Conium Review, Eunoia Review, Apiary, and Fiction Writers Review. She received the 2012 William Carlos Williams Prize for Poetry at the University of Pennsylvania. Lauren lives and writes in Boston, where it is probably still snowing.