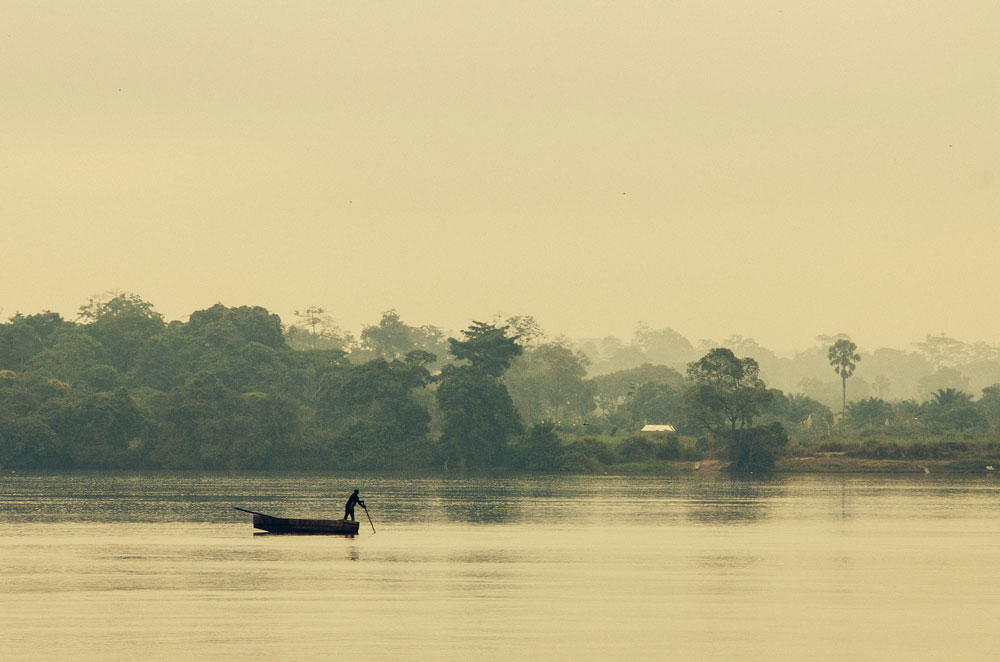 THE DEATH OF A BABY
by Kirsten Aguilar

The day we went to see the baby, it rained. One of those rains that dumps and then is done, leaves you soaked but not shivering. The family lived on the same road as Celia and worked a plot of land that now, in the spring, burst up in stocks of corn. The father of the baby sat on the porch and waved us in despite our dripping clothes and mud-caked shoes. I cannot remember now where we were coming from or whether we’d planned the visit, but I do know that it was evening and Celia had her camera and inside the little house, two boys sat on stools eating rice and fish with their fingers. The baby was small and warm and she slept while I held her. The TV was on. The boys ate. Celia took pictures.

A few days later, I was in a taxi alone, just me and the driver. It was hot and my thighs sweated and stuck to the seat. We drove through the city and I watched out my window when Celia called and told me that the baby, Liza, had died.

“Elle a toujours dormi,” Celia said—she was always sleeping. She told me that the baby had died around noon and, by two o’clock, she was buried in the ground, la terre, near the house. The mother had three other children, all boys, and this was the second girl she’d lost.

The French verb for dying is mourir. A word that falls back into my throat when I try to get it out. Too many vowels, not enough consonants. It reminds me of more and of mourn, of something that isn’t quite finished, something that begs for a crisp ending, the percussion of a T.

Celia asked me to come with her to bring the pictures she’d printed of Liza to her family. We went one evening that week. A group of women sat in a half-hearted circle in front of the little house. Their dresses were bright and patterned and full of fabric that crumpled up in their laps. They held between them a heavy stillness, the type of weight that isn’t dead but vibrates and hums with tension. Liza’s mother sat on a low stool near their center, curved into herself the way you might on a cold day. When we approached, they looked up, greeted us with slow nods, a few murmured ça va‘s.

“Bonjour,” we said. We stood and they sat and Celia held the pictures out to the mother. “The pictures,” she said, “of Liza.” There was a moment of hesitation before the mother took them and then set her hand on the edge of her knee, left a bit of distance between herself and the images. She waited a moment before she let herself look. She flipped through them and she didn’t smile and she passed them around to the other women who said, elle est belle, elle est belle. When all the pictures had left her hands, she leaned her forehead into her palm and closed her eyes. “Merde,” she said. The kind of word that reminds you of dirt and of soil, of something raw and musky and fecund. She stayed like that for a while, forehead pressed into palm. Celia and I stood and waited and one woman, older than the rest said, “C’etait la choix de dieu.” It was God’s choice.

I do not believe in God and yet sometimes I find myself angry at him. I look up at the sky and I try to find the outline of his presence. I shake my fist, I shake my head, I shake because I cannot fathom why some things happen and others do not.

It has been two years since I was in Cameroon. I have tried, over and over, to write about Liza. For a while, I’d place my pen on the page and only a few words would come out. I’d scribble and scratch and end up with half a sentence, the inkling of an idea. I have tried to make sense of Liza and her death and I have not been able to. It stays a knotted and needless thing no matter how much I try to make it unravel. I have tried to justify it—maybe it was God’s choice. How easy that would be. I have thought about her, flipped my mind back to that little house, walked into its room, stayed there for a while, tried to meditate on the details: the pink of her baby clothes, the shut of her eyes. I have dreamed about her a few times, simple dreams: she is there and I hold her and that is it.

Sometimes, there is a thing inside of me that pools like colored oil on water. I notice it most when I do things that hurt others, when the events in my life leave me feeling raw and ugly and exposed like skin peeled away from muscle. I think of Liza sometimes, and wonder what could have happened had I not held her—if somehow this oil inside me seeped into her and like a poison made her sleepy and still. I wonder if there is something innately bad about me that has the power to wilt and ruin the things that I touch. When I think these things, I curl my fingers in. My hands become fists, my body shrinks. I find myself as knotted as Liza’s death.

A few weeks ago, I was at a plant shop with a friend looking for a succulent to give as a gift. There were plants in the window, plants on the shelf along one wall and plants in three refrigerators along the other. Baskets hung from the ceiling. It was simple and humid and the fridges hummed as the shopkeeper wrote out the receipt by hand and wrapped the succulent that we chose in pink tissue paper. We commented on the beauty of the flowers as we waited: Look at this. And this! There was one that spilled out of its vase, reached toward us like a handshake. It was white and the edges bled blue—a sort of rich, endless blue, the type that reminds you of falling. It seemed awake and alive and urgent. I felt somehow that I was locked in its gaze, that it, and I, couldn’t look away. 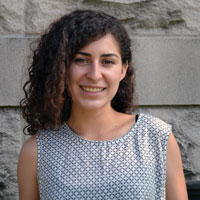 Kirsten Aguilar was born and raised in Sonoma, California. She graduated from Middlebury College in 2014 with a degree in International Studies and now lives in Chicago. Most recently, her fiction has appeared in The Boiler Journal.