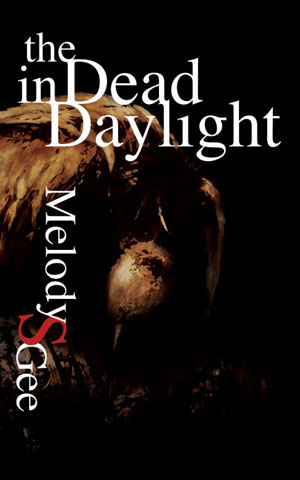 Communicating soreness, strength, weariness, and victory by tapping a reader’s own muscles for empathy, Melody S. Gee’s latest poetry collection, The Dead in Daylight, uses language to both construct and dismantle bodies and lives. As if preparing an animal for the table, Gee’s poems divide “body” from “life” and “muscle” from “meat.” Divided into two halves, “Separate Blood” and “Bone,” this book reaches out to its reader with both life and decay, fingers extended from the pages to read the pulse of its audience. In what can be understood as taxonomies, eulogies, butchering instructions, and ways to heal a nerve, The Dead in Daylight confronts life and death directly and sharply and softly, a heartbeat edging out from behind every line.

The first poem of the collection, “I Cannot Make a Torch of Green Branches”, begins:

The living does not burn, even after
cold protests of smoke. Green branches
will not take a spark like the dead.

Here, Gee provides imagery that immediately seems to contradict itself. What’s still living is portrayed as not volatile, not useful, not bright or active, while the deceased has an undeniable utility and provides the means to see through the dark and illuminate the living. The speaker goes on to ask about her own body, if she herself is “run through / with what’s ready to fire?”, a question which breeds more questions, both in and outside of the poem’s stanzas. “I Cannot Make a Torch of Green Branches” kicks off Gee’s collection with a flare, with a way of asking where and how the light comes from and if it requires a loss of life, an absence of green on the branch, to make room for fire. This poem also helps to highlight an idea that recurs throughout The Dead in Daylight: attempting to decipher the difference between a body full of person and a body that’s become just a body.

In her poem “The Sea Wall” Gee makes it clear that not all bodies are living, that some bodies make and unmake themselves constantly without requiring a pulse to light them from the inside. “The Sea Wall” describes the ocean’s interaction with a stone, how it “slips through the hole like an arm / through a dress sleeve, and smoothes,” wearing the rock down to sand. For a second the water, something in constant flux, becomes a body in the eyes of the speaker. 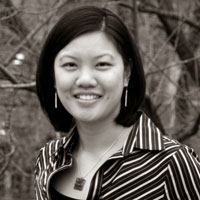 The sea is without its own bones or blood or muscle, but in its ability for entropy, the speaker sees her own body and mortality, how she will “die grain by grain” as the rock goes to sand and the saltwater becomes an arm. This recognition provides the speaker with both comfort and fear—she is at once brought close to and distanced from the world and flesh she occupies. The speaker feels a sensation beginning somewhere other than her own nerves; this feeling begins in the sea, in the perceived sensation of an arm going through a sleeve, and in this way she knows and feels her body more strongly while also occupying and feeling in a place completely beyond the reach of her nerve-endings. This poem gives a blink of the sea to its readers, a moment of a body not their own, but still able to be felt and traced and understood inside their own skin.

In the same way the speaker of “The Sea Wall” breaks a border between her own body and the body of the sea, in “Go Back, Make Ready” she experiences another sensation from a body other than her own—for her, it’s that of her newborn child. After giving birth, the mother makes repairs, paces a room, is treated by doctors who, despite knowledge and training, warn that “Feeling may / never return, never certain / about sliced nerves.” This caution raises the question of how much of a body belongs to the person occupying it, how much of it is “theirs” and how much belongs to something totally outside of their feeling and control.

How dry the skin over hot
milk, how small
the layer between liquid and air.

These lines work to address a border in a way quite similar to how borders are addressed and navigated around in “The Sea Wall.” Here, the speaker notes a thin layer on top of something that came from her, which will feed her child. The skin of the milk may as well be the speaker’s own skin. The film on the milk—an image appearing only once, but powerfully so—acts as a boundary between the visceral description of motherhood and the inward, internal questions that rise to the surface of poem by way of the image itself. In this way, the milk stands between mother and child and reader and poem, just barely masking the realities of the people described under the guise of a poem.

Just as the bodies in Gee’s poetry are full of the lives of the people inside them, so are the places, the locations, where the bodies do their living. “Rhythms” details the biology of a house and how its own internal systems run parallel to the bodies that live within its walls. The speaker’s body “rhythms / itself to the machines,” hooking on to the mechanics of the home with the barbs of her own anatomy. In the house, “there is never / not a noise, Never nor / a vessel filling to empty,” and so, as the speaker searches for sleep inside the living structure of her home, she exists inside its biology as well as her own. At the poem’s conclusion, the speaker even goes so far as to imagine her life being shared with the lives of other people and places she lived:

always inside everyone’s
shaky song, every unrowed stroke
of our basic heartbeat.

The Dead in Daylight considers life and death with equal curiosity and care. Her poems don’t claim any dogmatic truths, but, through the communication of sensation and an understanding of nerves, provide her readers with a bodily empathy for humans and oceans alike. By asking about nerves, egg yolks, salt, and milk, Gee asks where the muscle stops and the meat begins— where the edge of the body is and why it always seems much more fluid than it appears. Her poetry not only pushes borders of language and feeling, but it works to physically push the edges of the body beyond the skin and onto the page. 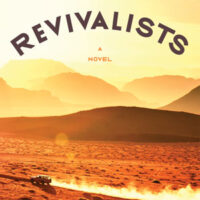