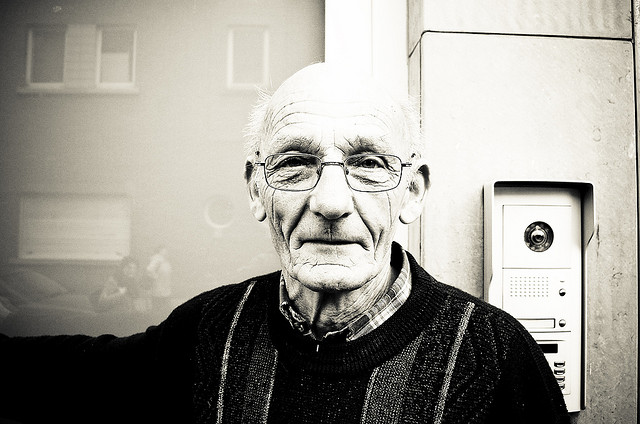 THE CONVERSATION
by Robert Pulwer

“Are you an anti-Semite?”

I looked up from my mother’s crumbling copy of Journey to the End of the Night, which I had pilfered during my last visit home. I was so shocked to hear that someone actually recognized what I was reading that I stammered at first, unhinged my jaw as if to say something, anything, in response to his question, thought, pulled my head back, and finally furrowed my brow and said “no.”

“Yes you are. You’re reading Celine. That man—that guy, he was the most…anti-Semitic of them all. All the French people at that time. The non-Jews, they were against us, and he was the worst”—woist—“of all. The worst! How could you read him, and in public, too?”

We were on the D train between Grand Street and Broadway-Lafayette. After we had both gotten on the train at Atlantic, he through the second door and I through the front, I resumed reading and had re-entangled myself in this most intensely difficult novel. After the usual scrum at Grand Street I saw the curl flop from off the top left corner of the page.

I hadn’t been prepared for this. Who knew who Celine was anyway, except for Francophiles and the French people they wished they were? Wasn’t he a footnote of the French catastrophe of those years? And I’m Jewish—real Jewish, on my mom’s side. Who the fuck asks me—and I know I look Jewish, too—who the fuck asks me if I’m Jewish? It’s obvious.

“Great literature! Great lit…” His head darted to the other end of the car, then back to me, then back again, then back to me. His mouth was agape, and he was panting with disbelief. “Great what? The man hated the Jews! There’s no great literature in that. There’s no art in anti-Semitism. You…” He huffed a few more times, and the women around us had taken notice. Even the Chinese ladies who had gotten on at Grand Street seemed to recognize the word “anti-Semite,” or maybe they figured that anti-Semitism was the only plausible explanation behind a Hasidic man’s outburst on a subway train.

He had now squared his body toward me, though he was still holding on to the bar above his head. He traced my vertical measurements with his head, stared a moment, then turned around and bellowed “Ladies and gentlemen, may I have your attention, please? Attention! This man”—pointing at me—“hates the Jews! He is an anti-Semite!” He put a long pause between the two parts of that last word.

“I’m not,” I managed. “I’m, my mother, we’re Jewish. I am Jewish, I don’t hate the Jews.” I realized that sentence didn’t come out correctly.

Everyone on the train was watching. An older black man wearing a pork-pie hat, a trio of Japanese tourists, a suit, a short Central American with a ponytail: everyone was watching this play out.

“This man”—again motioning to me—“this man reads literature by an anti-Semite! This man reads French literature from the time of Vichy, from the country who, that sold out their Jews, and he’s—”

I tried to interject, but he continued.

“—reading the worst of them. On the train”—sweeping motions toward me—“in public, to make everyone see that he’s an anti-Semite. No! A self-loathing Jew. The worst kind!”

By now he was pointing madly at me and his eyeballs were as revealed as those of a patient who is about to have his pupils dilated.

“I don’t want to kill anyone, man!” I had now raised my voice to match the intensity of his, and my increase in decibel level was met by an increase in his eye size. He looked like a madman, and I opened my mouth to let him know as much, but nothing escaped.

I fought back more words for a few seconds. Now he looked almost defeated, as though he had reached the peak of his intensity and had no choice but to descend the summit. His stare grew less menacing, his mien now less of a bomb and more of a disappointed father. Shaking his head with tightly pursed lips, the man swiveled toward the door and waited for the 47th-50th street stop. Aided by the blackness of the tunnel, I could see him mumbling words to himself, and I wondered at the scale of his derision.

Did he really think that I hated him, hated myself, hated Jews in general, because I was reading a novel?

I couldn’t resist watching him bumble into the crowd at his stop. The train had emptied out. I could now continue my journey in quiet, in the company of at least one ardent anti-Semite, constrained to paper perhaps, but whose life still haunts some of those whom he hated. 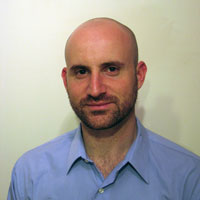 Robert Pulwer is an education professional who lives in New York City. A graduate of Tulane University, he is a former NYC Teaching Fellow and a 2012 Fulbright ETA to South Africa. When he has time, he likes to tap the rubber practice pads in his room and wish they were a real drumset.