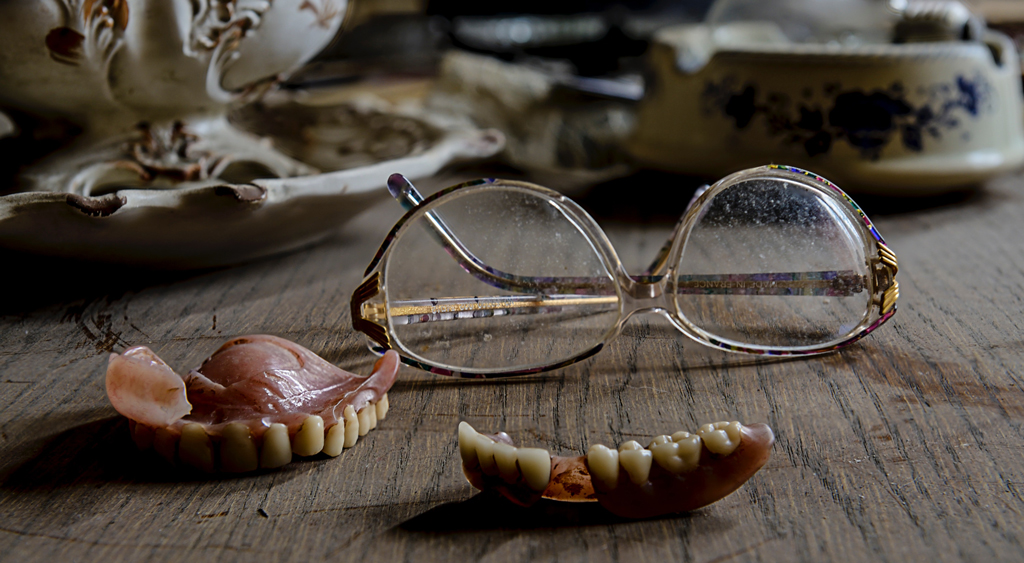 THE BONE PLATE
by Jacqueline Gabbitas

She took the partial denture from her mouth and passed it to the boy. He’d lost two teeth in the scrum to leave the boat and even though the gum had healed it was hard for him to eat. He stared at it like it was a thing alien. She nudged his hand and, smiling, gestured with her own what to do. She was not an old woman, and so he wondered how she’d lost the teeth herself. He saw in her eyes tenderness and the knowledge of being hungry.

Gingerly he held the denture up and, afraid it would feel as if she had spat in his mouth, placed it under his tongue. It was heavy and thick, a lump of plastic, but it hooked at the back of this teeth and when he bit down it felt almost as if they were his teeth, even though could hear the plastic clicking. He reached out, took a piece of chicken and ripped the skin off. He bit into the soft, greasy flesh, but it didn’t feel like biting; it felt like he was ripping up chicken with a mouth guard in, and when he tried to chew, the plastic bounced up and pushed his tongue into the back of this mouth making him gag. He hooked his finger into the back of the plate and gagged some more. He fished it out.

She took the plate back, washed it in the water in her glass and slipped it back into her mouth, then she took a piece of chicken from the dish, bit down gently to tear the flesh from the bone and, using her tongue, pushed it to the back of her teeth. She chewed slowly, not bringing the denture into play at all, then swallowed. She ate and tasted every piece, tasted the sweet pink juice, the fruity meat, the creamy grease. She worked her way down to the bone and then cracked the brittle thing with her grinding teeth. She sucked the good marrow from the middle. She wiped her hands and, with delicacy, drank the cold, strong tea in her tea glass.

She offered the boy to try the teeth once more. He took them with a kind of gratitude he hadn’t felt for a long while, washed them in his own water glass and held them up to his face. He saw, then, that the plate wasn’t made of plastic but of polished bone, shaped and oiled until it was smooth, and the teeth were really teeth. Not human, he could tell that now, but close enough to look human. He put the teeth back in. She smiled and nodded, urging him in the quiet, gentle way she had.

The chicken was cold now, and it slipped between his fingers, but he licked the jelly from his palms and took a bite. As he chewed, not bringing the plate into play at all, he saw in her resemblance. Not that the woman had his eyes or the cut of his jaw, but that she was related somehow, through the loss of her teeth, the pain of filling her mouth with a dead thing’s bones, the learning of how to make them fit, how to bite and eat, and when, when to recognize the need. 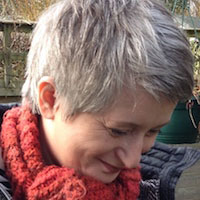 Jacqueline Gabbitas is a UK-based poet and fiction writer. Her poetry collections include Mid Lands (Hearing Eye), Earthworks and Small Grass (Stonewood Press) and her fiction includes the novel Dark Peak, writing as JG Parker (Stonewood Press). Her poetry and short fiction has been published in various magazines including Poetry Review, The Forward Prize Anthology, New Fairytale Magazine and Magma, and has also been broadcast on BBC Radio 3. She is a Hawthornden Fellow and co-editor of Brittle Star literary magazine in the UK.