THE ACOLYTES, LIAR, AND BOX
by Mercedes Lawry 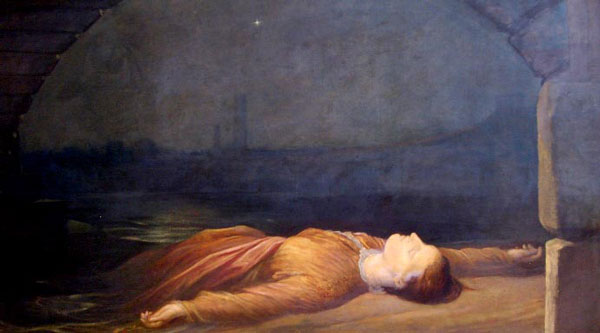 Somebody drowned the acolytes. They were not wee fellows so it must have been someone with plenty of muscle. Now an emptiness hovers like a bad smog burning throats and lungs. The professionals were involved at once but clearly, their training had been inadequate and they wrapped themselves in their worn bafflement, bowed their heads and retired to their tepid soup. The amateurs were all aflutter with the cleared field and began stacking hypotheses like wooden blocks, a bit too close to the haphazard and thus, doomed to topple. One lone wolf suggested linear thinking but he was chided and threatened with banishment with the buffalo. The soothsayers kept counsel behind their red doors. The clergy blinked and tucked their hands in their billowing sleeves and were as useless as ever. Many felt it was a waste of time to pursue a perpetrator. In the end, there would be no fair elections. Gold would still glitter. The sea would remain a temptation. Winners would crow. Losers would grumble and kick stones in the blackened street. The acolytes were gone and so be it. In time, there would be new acolytes and though they would be well aware of the fate of those who’d gone before, they would take their places willingly and would feel in some corner of their salty souls, deserving of a more fortunate destiny thanks to their enhanced capacity for empathy and devotion and their deeper understanding of the terms of obedience. And for this hubris they too would suffer as would any and all who assumed the role of acolyte for this was how hierarchy worked and there was no wiggle room.

Joseph told lies and everyone knew he told lies and therefore, never believed him. This, of course, backfired on occasion when he told the truth. Gotcha you fools! he’d shout, annoying passersby to no end. Fools or not, they couldn’t banish Joseph or shun him or totally ignore him because Joseph was in charge. It was not an easy job, even for a liar and nobody else wanted it. Joseph had been in charge as far back as anyone could remember – it was so far back, he might not even have been lying on a regular basis. It might, should one with a penchant for psychology or sociology care to explore, be the reason he became a liar. What did it matter, however, for today, in the present, Joseph lied and everyone had to make the best of it. Pants on fire, children might giggle in the privacy of their bedrooms but no one said it out loud on the street, or in the corridors of government or at the state fair, or at pancake breakfasts or the bowling alley, or soccer practice or at the observatory on first Tuesdays, when a surprising cross-section of the populace came to look at the stars if there was no cloud cover and the sky was clear.

Judy crawled into the box. I belong here, she thought. She stayed for just over two hours until her bladder perked up. I’ll be right back, she said to the box as she crawled out. After her visit to the bathroom, she felt like a peanut butter sandwich and something to drink, maybe milk if it hadn’t gone off. She considered taking her snack into the box to eat but then she thought about crumbs and the possibility of ants, or worse rodents. She decided the kitchen table was a better idea. She checked the clock on the wall, a cheery apple that she’d purchased at a garage sale for an excellent price. Ralph would be home in 45 minutes. She hurriedly finished the sandwich and rinsed out her glass. She could have another half hour in the box before she had to tuck it into a corner in the basement. Ralph followed a strict schedule and she had no fears he would come home early. Luckily she had taken care of the laundry in the early morning and so it would appear she had had a productive day, rather than been curled up in a box for hours on end. Sure, she’d only use up 50 minutes plus travel time on a weekly basis if she saw a therapist. But this was so much cheaper and environmentally friendly and did not require wardrobe decisions. She had no truck with the notion of sitting in front of some pompous pedant who would ask embarrassing personal questions and probe into her past. She knew what she needed to keep from flying apart in a million pieces like a suicide bomber. She needed a box. 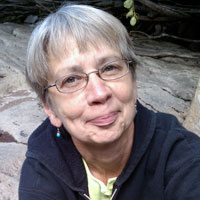 Mercedes Lawry has published short fiction in several journals including, Gravel, Cleaver, Garbanzo, and Newer York. She’s published poetry in journals such as Poetry, Nimrod, and Prairie Schooner and has been nominated for a Pushcart Prize twice. Additionally, she’s published stories and poems for children. She lives in Seattle.