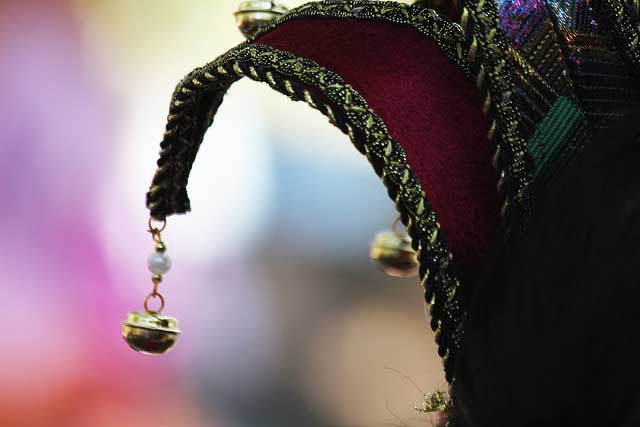 It was an okay day. I don’t understand zoos, the appeal. The kids thrill to it, sure, but kids are dumb. My nephew flounced around, did his giddy slash sissy thing. He was wearing his jester’s hat, this idiotic hat with floppy, pointy, velvet prongs, jingle bells on the ends. And his nose was all snotty. I’ve told Clay to put the kid on meds, to put an end to the wacky antics, to dam up the endless flow, flood of snot. But no. He never listens to me. He says, ‘Val, please, please.’ Anyway, the zoo. Polar bears, elephants, funny monkeys. The reek of piss and dung. And the kids saying, ‘Look, that aardvark or panther or llama is going to the bathroom.’ They’re obsessed, scatologically speaking. And don’t even bother telling them that animals don’t have bathrooms. It’s maddening. But we were trying so hard, the adults. Such anguish trying, trying to create happy childhood memories so when they’re old, they’ll have some dumb story to bore the hell out of someone with. So, we were trying hard. That included me. Good Aunt Valerie. As if I’m only that. There’s another self. Selves. Not shallow. Not a cipher.

No. Don’t switch on that lamp. The dim is soothing.

So, the zoo. You know how the enclosures always have a door in the back? The door the zookeepers use? It’s always painted to blend in with the phony habitat, a trompe-l’oeil kind of thing. Jungle fauna, a sand dune. Meant to fool, meant to trick. Ocean and wharf for the seal habitat. We watched the seals in their cement moat. Frisky and playful they were. But I was looking for the door. The hinges, the outline. I found it and then, bang!, out came a zookeeper in yellow rubber boots and with a pail of dead fish. That has always, seriously, bothered me. Even as a little girl, on a school field trip, as the other kids hollered and squealed, I looked for that door, and if a zookeeper came through it, I would get this knotty clench in my stomach.

Anyway, it was an okay day. We picnicked too, in this filthy pavilion. Candy wrappers, smudges of gum. A band aid, yuck. We had baloney sandwiches, but they had gotten all hot on the bus. I worried about that. I worried if potentially toxic bacteria would somehow activate if the mayonnaise was heated to a certain degree. But none of the kids seemed queasy afterward, so I stopped worrying. I was never a worrywart until I became Good Aunt Valerie, until I became this chaperone slash buddy. Since Lily died. Since Clay became a heap of useless.

True, that is unkind. But what a sloth he is. The kid is too, except when he’s suddenly a crazy maniac. And then in an instant he’s sweet again, a sweetly damaged boy. Girls will love this. He’ll get all the girls, what with his tragic childhood, his mother dead when he was only eleven, uterine cancer, and add that to his looks, he has Clay’s looks, and blam!, girls will swarm him.

Of course they grieve too. I’m not insensitive to that. But Clay has this kid to raise and he’s got to pull it together. He can’t expect me to schlep to his house day after day to make sure his kid is washed and fed. I let myself in, all cheery and bright, ‘hello, boys,’ and there they are, slovenly louts slumped in these rotten bean bags that Clay bought at a flea market. Gross. And the TV is on, as always. A baseball game. A soap opera with foxy bodies between the sheets, grind and moan, and then a commercial for toothpaste, and Clay and my nephew are totally blank, a bowl of burnt popcorn between them. And soda cans, beer cans. So I have to step in. I say to Clay, ‘Here there are dirty dishes. Do the dishes. Here is soap and here’s a sponge.’ And his kid? A blob on his bean bag and then he’s wild, a banshee smashing things against the walls. That crystal swan my mother gave to Lily for her tenth birthday? Smash! Shattered into a million pieces. I was so sad as I vacuumed it up, as I listened to a million tiny slivers, clickety click click. I was mad too. Mad and sad simultaneously. It should be one word. Madsad. You could add that to your fancy schmancy lexicon.

Yes, okay, I use sarcasm to shield my bruised soul.

Thank you. Madsad. It’s funny, and I don’t mean funny ha ha, I mean funny weird, that I was totally aware of being madsad as I poked and yanked the vacuum, as I monitored Clay attempting to make pancakes. Madsad is my coping mechanism. The words coping mechanism are in my brain, written in fancy calligraphy across my gray matter. But what is its meaning? Then I think, how can I wonder about the meaning of coping mechanism while in the midst of coping? You understand the conundrum.

And then, get this, this is ripe, Clay accuses me of being or of wanting to be pseudo dash wife and pseudo dash mother. The nerve! I’m fond of him and his kid, but only slightly. Clay is, frankly, a bit of a dunce. He’s smart and all, a hot shot architect, but he’s also this dunce. He doesn’t know anything about me. Zip. Zilch. He doesn’t know about STEVE. Capitalized, italicized. That. That situation.

Of course. The, quote, status, unquote, of our, quote, relationship, unquote. How his mother and slash or his step dash father and slash or his first girlfriend said and slash or did this brazenly hurtful thing to him and that explains why a, his peculiar quirks, plus b, my emotional issues, i.e. my inability to consider the word love, equals c, our current dilemma.

Of course he and I discuss it, but first we have to rattle around with small talk, irrelevant bullshit, miles to the gallon, highway, city, to get to where we meet, the place half way between here and Phoenix, a hundred miles?, petty nonsense until one of us finds a slot in the blah blah blah to insert a cruel or smarmy or cryptic comment, a slot, a gap, to inject poison into. We circle around. That’s how Steve puts it. ‘We circle around.’

Yes, we’ve analyzed our options. Ad nauseum. Option a: continue our afternoon trysts in cheap motels, cash only if you please so his dippy wife won’t find out, or option b: not continue at all, in other words, we’re kaput. But option b seems ridiculous because yesterday was an option a kind of day, so why have an option b? And then there’s option c: not go kaput and sayonara, but figure out what Steve and I have. I mean, circumscribe it in transparent terms, and also to what to do about the wife.

I’ve met her. She’s no prize, believe me.

The point is this: we’re at this crucial juncture, or is it junction?, well, crossroads, in what is or maybe isn’t a genuine romance. Seriously. With Steve, it has been, no, sorry, it is, present tense, a kick, our naughty tumbles, a true blast. And guess what? We went out in public together. We wanted to find out how it would feel to have people looking at us. So we went to a carnival. He convinced me, in his seductive slash goofy way, to go on this utterly scary whirligig that flung us around at a crazy angle high above the ground. How we survived is a mystery. I swear the bolts were loose. Rusty too. But I made no mention of it even though I had extreme concern about our safety, and, get this, I modified the pitch of my scream so it was a joyous scream instead of a scream of absolute terror. This, to me, proves that I am FUN!, capital F, capital U, capital N, exclamation point, and also that I am not unwilling to take a risk, even if said risk is a threat to my life and slash or quality of life. Think about it. We could have been thrown out of that rickety, clatter hyphen clank whirligig, snapped our necks on the pavement, and become instant cripples. The bolts were loose. It was hazardous.

The tones you use! In shrink school, did you take Tones One dash Oh dash One? This wry tone, with a little edge to it: use with severe words or with mockery. Or use a sappy tone if the words are heartfelt. Ha! Now I’m analyzing you! I’ll send you a bill. Anyway, what you were saying, maybe becoming a carnival ride safety inspector would be an interesting career move. Interesting, but not practical. Not smart either. I mean, where I am now and then jump to that? I’m on the middle rung of the company ladder. The slippery rung of middle management. I’m half sycophant, half authority. I fawn and kowtow to some pouty child executive on the top floor and within an hour I have to admonish some trembling underling because he or she has blundered with the numbers of some piddling account.

So, me and Steve. If I’m totally candid about it, one of my main peeves is how obstinate he is. Are he and I only he and I, completely separate individuals, vaguely acquainted, who rendezvous, n’est-ce pas?, sometimes regularly, sometimes irregularly, in a squalid motel? That’s the crux, isn’t it?

Of course I have plenty of flaws. I’m aware of that. I admit, yes, that I have, quote, neuroses, unquote. Isn’t that why I’m here? On this couch? This couch, I’ll add, that needs better upholstery, a nice damask, dark blue. 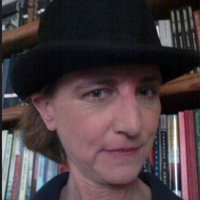 Jenny Wales Steele’s fiction has been published in The Ampersand Review, juked.com, Quay, The First Line, bluelakereview.com, among several others, and she’s been nominated three times for the Pushcart Prize. A native Arizonan, she lives in Tucson. Visit her website at www.jennywalessteele.weebly.com.