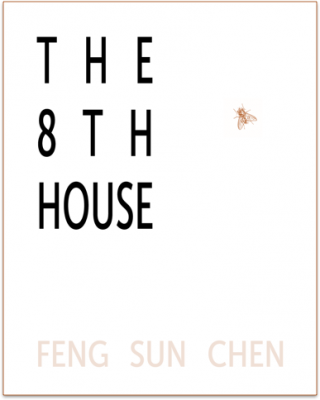 Aphorism is the thought slot of our time. Philosophy has turned cuneiform. The ambitious poem-cycles that might once have been written through urgent, incessant movement, seeking enjambment as a fugitive does a street corner, with muscular metaphors in hot pursuit, now favor the end-stop.

Feng Sun Chen, in The 8th House, practices this art of the succinct.

No organism is ashamed under the knife.

A woman’s body is an angel factory.

When I pick up a book and open it, it is dead.

Even in Chen’s first person stanzas, we get a colder intellect, rendering emotional candor into sedate masochism.

I like it when you look at me with disdain.
I say things that make you want to hurt me.
This is the real thing, severe as winter
part icicle that cannot be smashed
part that parts leaves nothing to fill, only futility fills. 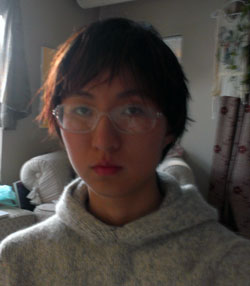 But although nothing free-floats, it’s hard to point to a firm scheme. The principle of recursive imagery, twining time and again around the broken spine, holds this book together more than any set of explicit ideas. Most of all, there is the image of water. “The dead lover seeks wetness;” “Very moist and quiet and dripping;” Manatees mistaken for mermaids, steaming shame, magma, jelly, tar, spinal lubricant, mucus, foam, dark lymph, viscosity of wood, and of course the sea. Feng Sun Chen signifies in effluent images, in a long concatenation that expresses itself as an extended thought wave. To this extent, she revives the spirit of the poem-cycle, and it is chiefly in this way that she resembles those expansive bards seeking to create the über poem.

Other devices are less successful in binding The 8th House. There is a certain Peggy, whether persona, alter ego, or just a character or verbal cipher, who quickly becomes tedious. The deliberate doggerel about her comes off as dead private jokes. “This little Peggy stayed home.” Or she shows up as an attenuated equivalent of John Berryman’s Huffy Henry.   “Peggy can be tree/Peggy can be rat/ Peggy can be earth/ Peggy can be succulent.” I found myself bemused that a poet of this skill level would settle for these lesser sallies.

The other chief letdown is a head-scratcher opening poem, dissonant with the succeeding body of poetry, which lurches along for six pages all in caps, in a (mock?) shamanic voice.

I PRECIPITATE TEXT
I WRITE IN GOLD GEOLOGICAL SMEGMA

I almost gave up at the start, faced with these dread runes, but thankfully I pushed through to the intricate, often soulful volume that lay ahead.

Sometimes Chen just gives it to you straight, as in “Prayer”:

I want someone to watch me
pick the dirt under my fingernails
to watch as I smell it
to watch as I look hideous in the morning sun
the pores in my face crying out
prematurely for maggot seeds
to see the grotesque meaning of my body
to look into my blind eyes and show me
how I am no more.

And if that didn’t brace me to attention, the very next poem, also titled “Prayer,” did, beginning thus:

When I look at you I wonder if my eye slits look retarded
if I look like the pig anuses ground into my sweet sausage at
………dinner.

The fluctuation between self-abasement and fleet vatic spark speared my heart a few times along the way. One of the book’s central insights comes in “Plague of Idiots”:

I like it when you look at me with disdain.
I say things that make you want to hurt me.

To want filth to want decay is the longest tradition.

The strong subjectivity of what seems, in the end, a central if complex “I,” gives this book much of its verve.

To be a soft stomach bloated with sea life
cannibalistic like a virgin.
I will walk on the black shore with my child
still shiny with mucus and blind
a plant made of flesh
and the foam of the dead
jelly of a double hell which holds
and makes us possible

When it’s least expected, the book veers toward passion, ugly, even grotesque, yet strangely touching. Feng Sun Chen is cagey enough to set up that yearning in you—the blatant skeptic whose senses won’t get fooled again.

Many contemporary poets wield astounding imagery—a glut of sensory competence—but battening on it, in the long run, can lead to conceptual aphasia. This fact is equally true of those experimental, austere poets whose literal minds are whetted on sheer cognition, and who pride themselves on never having been tricked into a metaphor. I won’t claim Chen is utterly consistent in her talent for staying in the image-idea liminal space, but I do frequently encounter the playful flux of pungent verses such as these:

Tiny spiders have laid eggs in the mouthmatter door. They are      not about to hatch. They may never hatch. They brood and grow. I don’t miss my friend, but I almost miss being a sentient ham.

Yet for all their aphoristic power, the poems of The 8th House aren’t easily quotable, except in a review such as this. If I could get away with hyperlinks, I might use that blue mar, simply because the reader would then get thrown into a black ocean, black as the house that published Chen’s pages, and would have to swim out with hard strokes. Each phrase leads to another and another, threatening to drown us, but then the pages finish.