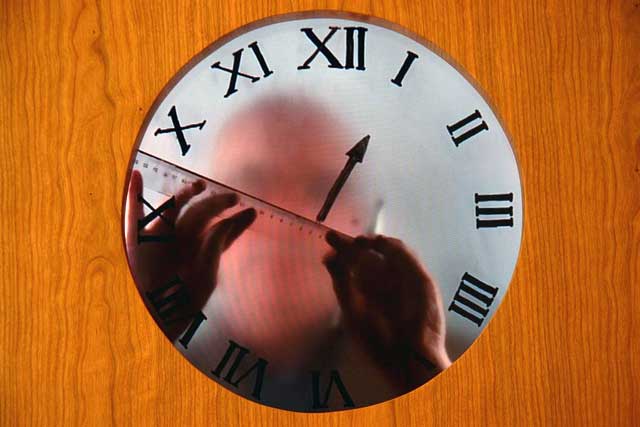 STEADY MOVE ITS OWN STILLNESS
by Connor Towne O’Neill

Of the seven septuplets that live in their grandfather’s grandfather clock, only the seventh—the blind one—spends time on the pendulum. While the others spin the balance wheel, study iambs to the slip-and-catch of the escapement, regulate heart-rates to the second hand, the blind seventh pendulums alone. Her weight skews time, oblongs the steady swing. The grandfather who sets the grandfather clock, dead-reckons it against high-noon in Columbia, PA, notices the loss of seconds daily. Using his grandfather tools, he recalibrates to the new-weighted sway of his granddaughter’s blind penduluming.

He speaks softly, silently, to his daughter’s seventh blind septuplet and nods in time to her every response. In his winding he feels the lost seconds return, the plasticity of the moment congeals again. The sight of his seven grandchildren in his grandfather clock are themselves a grandfather’s clock. Now in time with the seventh septuplet, her abiding ride a new metric of time’s keeping. Time passes now and holds to the sun, to the seventh. The six other septuplets feel the seconds mark and slip. But blind on the pendulum’s steady swing, the seventh blind septuplet, in her grandfather’s grandfather clock, feels a steadiness in her own susurrate move. The regulated pendulum no longer losing seconds. The steady move its own stillness. 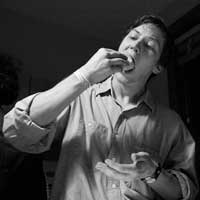 Connor Towne O’Neill is from Lancaster, Pennsylvania, is an MFA candidate in prose at the University of Alabama, Tuscaloosa, and is the current nonfiction editor of the Black Warrior Review. He is working on a collection of interviews and stories about time in Columbia, Pennsylvania. Roll tide.