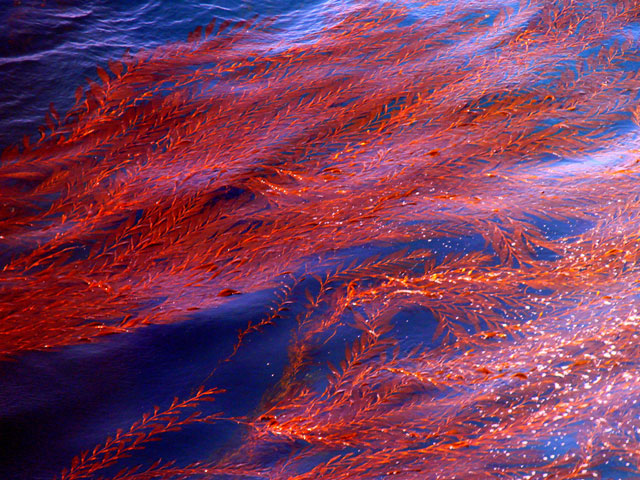 THE INSIDES
by Brooke Schifano

In the train, you listen to a story about a shaman, feet braced against the wall
in the part where you stand on the circle cut into the floor.
If this were a human arm you’d be standing atop an elbow, encased
in fluid and surrounded by the mess of nerves and vessels pushed up
next to you, as close as the satchel of the stranger standing in the middle.
The shaman performs psychic surgery—jams a steel rod up the nostril of the woman
and moves his arm, back and forth, around the cavity behind her brain
and the satchel man catches the grimace on your face as you imagine
a spatula scraping spaghetti sauce out of unfinished ceramic
and want to vomit, or grab his hand and tell him
what you’ve heard.

In the ocean, you were afraid of the otters.
Your foot would slip underneath, catch between kelp stalks,
and the kaleidoscope of fins, claws, and tails would spin and spin and reach
and you’d feel the otter against the skin of your kneecap
tracing the outline with his long black claws as if examining a shell
along the sea wall, ready to pull it off and clutch it
between two paws on his belly. And later he falls asleep tucked into his kelp bed
in the last patch of sun, listening to the hiss and gurgle of the ocean
against the buoy, the fog horn, and for the sound of the land
inside of your kneecap.

In the house, the garage had begun to close on top of the cars.
Your mother called it a ghost, your step-father nodded
the way he’d nod at a child with an imaginary friend.
She drew up the papers to sue the building for denting the top
of her mini-van and for the slight stretch in her spine.
In the lower right hand corner she cited:
Ghost. 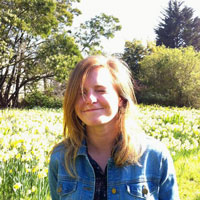 Brooke Schifano is a student at San Francisco State University studying creative writing. She grew up in the redwoods, by the beach, and somewhere in North Idaho. Currently, she lives and works in San Francisco where she passes time on public transit writing poetry on small bits of paper. This is her first publication, but not her last.