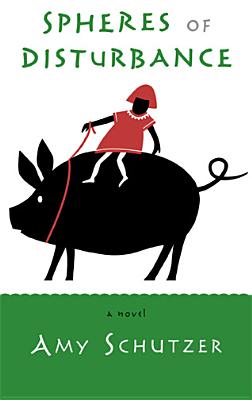 When my mother-in-law was dying of ovarian cancer, I had no patience for fiction. That summer, I sat by her bedside, reading while she slept—Final Gifts: Understanding the Special Awareness, Needs, and Communications of the Dying, sent to me by a friend who worked for the National Hospice Foundation. Though I’d always sought out stories to figure out how to live, in the face of her death, I urgently needed reality-based guidance.

This spring, I carried Amy Schutzer’s Spheres of Disturbance with me as I spent long days in the hospital, and later hospice, with my father. That a literary novel could help me sort through the painful experience of losing him says much about Schutzer’s skill—and more about her wisdom. Compassion informs every line of her story about Helen, whose breast cancer returns metastasized, and about the circle of people who are moved by her impending death.

Schutzer circumvents the expected (and dreaded) arc of a terminal illness story by shifting among nine different points of view. She advances in time through a single day and in depth through a web of interdependent characters: a Vietnamese pot-bellied pig named Charlotta; Charlotta’s handler, the poet Avery; Avery’s lover Sammy; Sammy’s mother Helen; Helen’s sister Rosie and co-conspirator Joe; and Joe’s sister Frances, wife Marjorie, and daughter Darla. These characters converge at Avery’s garage sale, where she offloads her friends’ long-stored (and finally unclaimed) baggage to clear space for Charlotta’s imminent litter. Like the kitchen table where Helen feels strongest—“most sure that the cancer would be sent packing back into remission, for how could she not be part of this life?”—the sale is a spiritual meeting place, gathering the friends who are her surrogate family and the few members of her original family who seek an 11th-hour reunion. 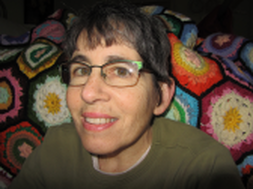 If a pregnant pig’s point of view seems implausible, it’s Schutzer’s way of grounding a transcendent story about death in the messy, fleshy, sensory details of life. Her complicated, well-drawn characters find meaning in the mundane, whether they’re feminists farming inherited land to reap social change, a solitary poet trying “to make sense of the ordinary,” or a formerly straight-A teenager “stripping off” her school subjects and risking Cs to get “below, inside, outside, the other side of the subject at hand.” Through them, Schutzer shows how tangible things touch intangible truths. For example, when Marjorie reflects on her macramé art, made of knots she’s designed so she alone can untangle them, she is also lamenting that her daughter (newly unrecognizable as a teenage “behemoth”) is ultimately unknowable. Many small, brilliant scenes and insights like this one illuminate a larger picture of love and loss.

Schutzer writes beautifully. “Helen blinks and her lids are dark, her face puffy, but her skin is fragile, papery,” Sammy observes near the book’s (and her mother’s) end. “It is her mom, but her mom changing into something like a waterfall; unholdable.” The author’s artistry lies in such elegant observations, and also in her understanding that the story of a terminal illness isn’t only the story of the person who is sick.  Helen’s quickly approaching death sends ripples through all her relationships, provoking old fears and new questions, most of which are unspoken. Joe and Frances resurrect a disagreement about their father’s (accidental? deliberate?) death as they fight about superficial things. Sammy banishes Avery from her bed, sleeping in her childhood room at Helen’s to avoid discussing (or acknowledging) her mother’s decline. To deny the inevitability of death is to refuse the possibility of love, Schutzer seems to be saying, as Sammy observes Darla and her friend Ruth, two adolescent girls who’ve just shared a first kiss. “They think they have discovered something true and real,” Sammy reflects glumly. “But it is only breath, in and out, in and out, and with it the world continues, and without it, it doesn’t.”

For Avery, who fled communal life on The Farm (and her controlling former lover Durga) for a semi-solitary life as a poet, agency is everything. “Ask yourself,” she writes indirectly to Sammy, posing the political and deeply personal question at the heart of this novel in her back-pocket notebook, “does she get to let go/and fall?” Joe answers that question with action, carrying his father’s ghost with him as he carries Helen to help her fulfill her last wish, thereby putting her back in charge of her life.

By anchoring her story even as she transcends it, Schutzer underscores that death is a natural, present, and present-tense process, rather than a fear-clouded experience that takes place in some parallel universe. Spheres of Disturbance resonates with honesty and humanity—perhaps why I found it so helpful and comforting.