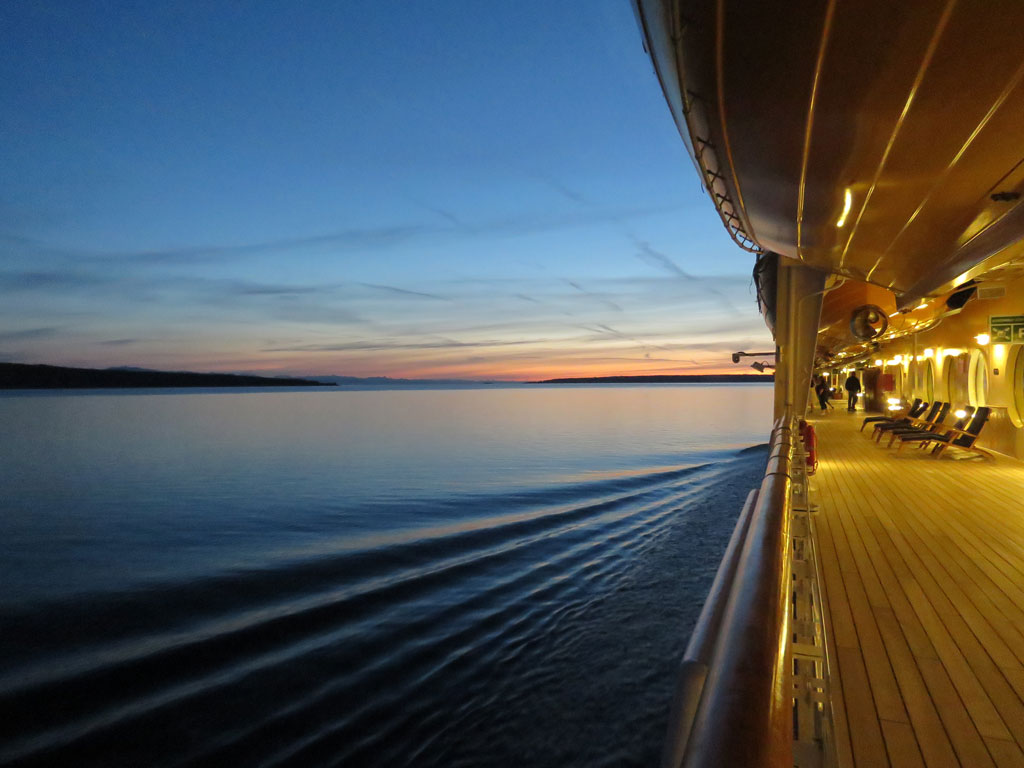 SOME OTHER CONTINENT
by Melissa Benton Barker

The drink was called Spring Breeze. Elin had three of them at brunch, but Lucy never drank in the morning, so she’d missed it. It was the third night of a weekend cruise Elin had purchased on sale months ago, and they sat outside on an ill-lit and almost empty deck as the ship charged somewhere between Miami and the Bahamas. There was a stiff wind and no moon. Instead of the desired Spring Breeze, Elin bought two bottles of Amstel Light back to the table.

“The bartender won’t make it,” she said.

“What do you mean he won’t make it?” said Lucy.

“Apparently it’s a daytime drink.” There was a pinching sensation at the crown of Elin’s head, as if she were a plush toy in a claw machine, drawn upward by those spindly metal fingers. She didn’t enjoy Amstel anymore, but it was their drink back when they both still lived in the city, before they had money or married or bore children, back when marriage and children seemed like some sort of demarcation between past and future, loneliness and worth, domesticity and the abyss. Now they were both married. Elin had a son. Lucy used to have two sons, now she had one.

Lucy squinted at the menu. “Just tell him the ingredients, not the name of the drink. See if that works,” she said.

“He already said no to me once,” said Elin.

“God, Elin, I’ll ask,” said Lucy. She carried the menu to the bar, where she leaned on her elbows, making no pretence as she read off the ingredients. The bartender shook his head, but the drinks Lucy carried back to the table were adorned with a lime wedge and a sprig of fresh basil, as well as a half-closed hibiscus plucked from the potted plant that sat at one end of the bar. Lucy had never looked her age. She dragged the flower up from the ice cubes. It slumped between her fingers.

“Poor flowers. They were trying to sleep, and he picked them,” said Elin. She tucked the flower behind her ear. Lucy draped hers on the table, where it melted into a pool of water. The sky had gone dark and the water had gone dark and they’d merged and still Elin and Lucy skimmed along over unconsidered worlds and Elin worried Lucy might be bored. Elin loved cruises, but Lucy had never wanted to take one.

Lucy lit a cigarette, cupped her hand around the flame and inhaled, brightening the ash, despite signs on both sides of the deck forbidding her. She pushed the pack toward Elin. They’d started smoking together in high school, with cigarettes stolen from Lucy’s father. Lucy had quit easily the day after her twenty-first birthday, only started again after Max died. It had taken Elin forever to quit. She would always love the bright shiver of nicotine. She tried to avoid it.

The wind licked Lucy’s hair loose and sprayed it across her face. She had that blank look, but Elin could see the teenaged Lucy stamped underneath it, the fierce Lucy, the original Lucy she had loved. Something about the way she set her chin, pushed it forward in a way that made her almost ugly, and she had no idea. Elin thought maybe she would finally find the right thing to say. Three days should have been more than enough time to work up to it. It was as if Lucy had moved away and stood on some other continent, but maybe if Elin said the perfect thing she could drag Lucy back. She could remind Lucy that she still had another child to love, or she could tell Lucy how much she loved her. She could say how she felt Max with them that night on Lucy’s porch six months ago, that night with the wide orange moon slung low over the trees, demanding awe at a time when they couldn’t muster any feeling except a dull and plodding horror. Lucy’s cheeks wet. Her lip bloody where she’d bitten it. Elin at the Speedway at one in the morning to bring cigarettes back to Lucy. The cashier, almost a boy, joking with Elin about partying on a weekday. By that point it was early Wednesday morning. Elin lighting the cigarette because Lucy’s hands shook. Lucy refusing to sleep or even to go inside. Maybe Elin should lie and say she felt Max with them right now, insist that he was still with them, right this very moment, even on the cruise, but Lucy had pushed the third chair away as soon as they sat down as if to preempt her.

Lucy scratched at her ankle.

“Did you get any bug bites at the beach yesterday?” she said.

Elin had not. She’d stayed out of the water, under a large umbrella, drinking sun-warmed champagne while Lucy floated away on her back, dressed in a bikini so that the world could see how her stomach caved, bug-like sunglasses covering her eyes.

Elin swallowed her Amstel. The Spring Breeze was already gone. It was too easy to drink through a straw. Lucy tapped ash into the hibiscus. In the distance, a stack of lights approached them over the water.

“Another ship!” Elin stood. The apparition drew closer, an identical beast, sister-ship, all tiered and lit up like a wedding cake on fire, and Elin saw another in the distance, behind the first, a speck of light, and then the first ship passed and the next came closer, bloomed golden in the dark and passed, and then, in the distance, came another. 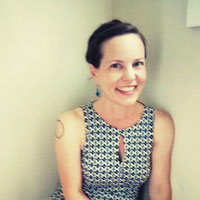