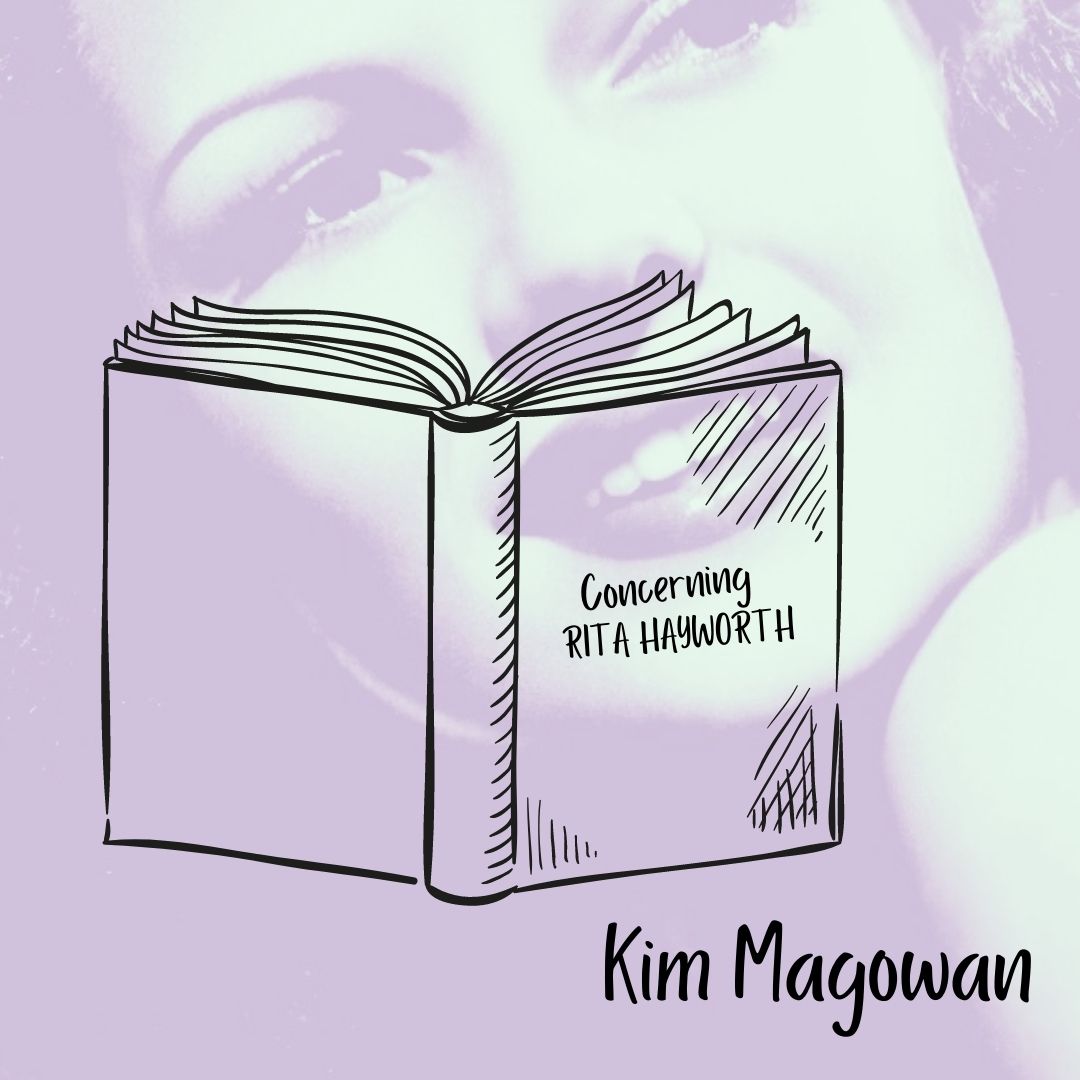 “So what do you do?” George says, then winces. “Sorry! Reductive question.”

“At least you waited until we each had a glass of wine.” Cora examines her hands, the body part she used to be most vain about, though now even the candlelight picks out age spots. “Since that question always involves paying jobs, I’ll start with what I did.”

She tells him about the newspaper, the many years when she felt like one of the lucky elite who actually enjoyed her job. Then, more recently, the grim years, the waves of layoffs, the newspaper itself thinner every year, more cheaply made, the newsprint smearing onto one’s fingers: a smudgy, emaciated thing that embodied the withered job. After escaping three rounds of layoffs, Cora quit.

George grimaces. “You should never quit! What about severance? What about receiving unemployment?”

“But I maintained my dignity!” Cora snaps a breadstick in half. “I just couldn’t stand it anymore. It’s the strangest experience, watching one’s profession become obsolete, in real time. I felt like a manufacturer of carriage wheels or a lady’s milliner.”

“So what are you doing now? You’re too young to retire.”

Broken at the bridge, George’s nose looks as if someone carefully shifted it two millimeters to the left. His glasses sit crookedly, which gives him an intriguing askew look; he’s a subtle Picasso. In person, he’s more attractive than his Match.com profile picture, where he wears a banana-yellow polo shirt. Her daughter Josie bullied her into responding to his email.

“I keep busy,” Cora says and tells him about the Rita Hayworth biography she’s writing. “I always wanted to write a book, and now I have vats of time.”

“Caskets of time,” says George. “Vats are industrial. Caskets have their own character, which they impart onto whatever they hold. But why Rita Hayworth?”

“Oh, she’s fascinating. For one…” Rita Hayworth, born Margarita Carmen Cansino, changed her name after being cast in only “exotic” roles. She dyed her hair dark red to look more Anglo, got electrolysis to broaden her forehead. Cora shows him pictures on her phone, Margarita with her black widow’s peak, then Rita with her wide, white forehead.

“She has so much makeup. I can’t tell what she looks like,” says George.

Cora remembers how Josie reacted to that electrolysis information. “Ouch!” Josie had said and then told her mother that Finn, her live-in boyfriend, “Wants me to get electrolysis on my pussy.” When Cora looked horrified, Josie said “Good grief, Mom, you’re such a prude! Fine, my nether region.”

“I’m horrified by the concept, not that word. Did you agree?”

Josie laughed. “I told him only if he got branded,” and then laughed harder when Cora recoiled.

“You have no filter,” Cora said, and Josie raised her feathery eyebrows and said, “Look who’s talking!”

Cora tells George that Hayworth married five times, the second time to Orson Welles, the third to Prince Aly Khan. Hayworth was candid about her Alzheimer’s diagnosis, bringing publicity and awareness to a disease that had been misunderstood for years, regarded as shameful.

“But why write about Rita Hayworth today? Why does she matter to you?” says George.

To think she almost vetoed George because of that unfortunate shirt, only replied to his message because Josie forced her. Josie snapped her profile picture, insisted that she wear her garnet earrings.

“Well, I relate to her,” Cora explains. Her father, like Rita’s, had immigrated, Cora’s from Venezuela. Her mother was American, like Rita’s, Swedish-looking; more than one rude stranger asked if Cora were adopted. Like Rita, Cora felt pressured to follow her father’s professional footsteps. With Rita, it was dance, with Cora, journalism, which her father made glamorous. Cora demonstrates the way he’d bang his fist against the table when he talked about freedom of the press. “I adored my father.”

“The thing I’m proudest of in my life is being a good father,” George says. “I wasn’t perfect when they were small—too obsessed with making partner. But after Suzanne died, I had to step up.” He pulls out his phone to show pictures of his son and daughter. “And this is May, my granddaughter. She’s three.”

Without her reading glasses on, the child is blurry, so Cora can tolerate looking at her.

“Do you have grandchildren?” George says.

Amy goes by Amelia now, Josie told her. Ironic, since Cora always complained about her daughters allowing their beautiful names to be shortened, made frivolous.

“Do you have pictures?”

“Not on my phone,” Cora says. She leaves out the rest—that she has never met either child. That she only knows what they look like (Griffin has a long ballerina neck like Amy’s, Iris’s ears stick out) from snooping in Josie’s house. She rifled through a stack of holiday cards while Josie basted a chicken.

Another fact about Rita Hayworth: she had two daughters but was estranged from the older one. Yasmin Aga Khan was with her when she died, but her older daughter Rebecca Welles went seven years without seeing her. Why? Not due to Orson Welles, who described Rita as the sweetest person he’d ever met.

Probably Amy disliked her for years before she withdrew altogether. Late at night, Cora often replays the Christmas of 1998, a few months after she and David had separated, when Amy was thirteen. Amy gave her a green leather journal with a clasp and tiny key for Christmas, and Cora refused it because she knew David had helped Amy pick it out. Amy had cried. “Why are you so cruel?” she said. But Cora couldn’t give David the satisfaction. She had such a limited capacity to hurt him, so she had to snatch any opportunity available.

It was only recently that Cora understood what Amy meant: why was Cora cruel to her? Why can’t Amy understand it had nothing to do with her?

“Don’t put me in the middle, Mom,” Josie said more than once. “I won’t discuss Amelia.” Unfiltered Josie, who talks about her boyfriend wanting her to zap her pubic hair. “I’m never having children,” Josie likes to insist. “I’d just screw them up.”

A book explains the difference between “no contact” and “low contact,” which is how Cora now understands those years preceding Amy’s complete withdrawal—Amy’s refusals to come home for Thanksgiving, her terse responses to every tenth email. What instigated the move from “low” to “no,” what lever switched the track? Somewhere in the Rita Hayworth archives there’s an answer to why Rebecca Welles refused to visit the sweetest person Orson Welles knew. Somewhere, Cora has to believe, there is a tiny key. 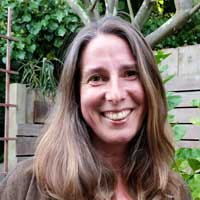 Kim Magowan lives in San Francisco and teaches in the Department of Literatures and Languages at Mills College. She is the author of the short story collection How Far I’ve Come, forthcoming in 2022 from Gold Wake Press; the novel The Light Source (2019), published by 7.13 Books; and the short story collection Undoing (2018), which won the 2017 Moon City Press Fiction Award. Her fiction has been published in Booth, Craft Literary, The Gettysburg Review, Smokelong Quarterly, Wigleaf, and many other journals. Her stories have been selected for Best Small Fictions and Wigleaf’s Top 50. She is the Editor-in-Chief and Fiction Editor of Pithead  Chapel.  www.kimmagowan.com